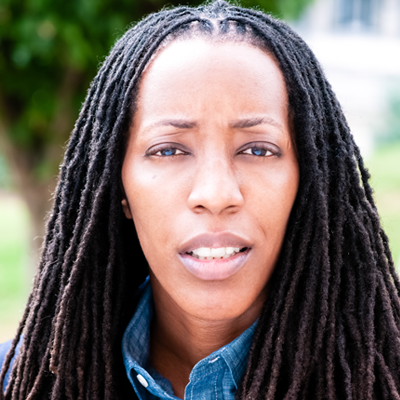 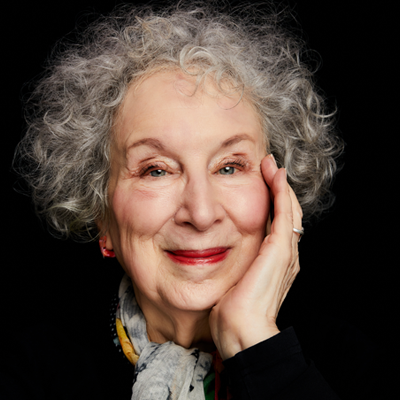 Dr. Bettina L. Love is an award-winning author, activist, and esteemed education researcher who speaks on topics of anti-racism, Hip Hop education, Black girlhood, queer youth, Hip Hop feminism, art-based education to foster youth civic engagement, and issues of diversity and inclusion. She co-founded the Abolitionist Teaching Network to develop and support teachers and parents to fight injustice within their schools and communities. Dr. Love is the author of the books “We Want to Do More Than Survive: Abolitionist Teaching and the Pursuit of Educational Freedom” and “Hip Hop’s Li’l Sistas Speak: Negotiating Hip Hop Identities and Politics in the New South”. She has been featured in the English Journal, Urban Education, The Urban Review, and has provided commentary for NPR, Ed Week, and The Guardian among others.

Margaret Atwood, whose work has been published in more than 45 countries, is the author of more than 50 books of fiction, poetry, critical essays, and graphic novels. Her latest novel, “The Testaments”, is a co-winner of the 2019 Booker Prize. It is the long-awaited sequel to “The Handmaid’s Tale”, now an award-winning TV series. Her other works of fiction include “Cat’s Eye”, a finalist for the 1989 Booker Prize; “Alias Grace”, which won the Giller Prize in Canada and the Premio Mondello in Italy; “The Blind Assassin”, winner of the 2000 Booker Prize; The “MaddAddam” Trilogy; and “Hag-Seed”. She is the recipient of numerous awards, including the Peace Prize of the German Book Trade, the Franz Kafka International Literary Prize, the PEN Center USA Lifetime Achievement Award, and the Los Angeles Times Innovator’s Award. “Dearly”, her first collection of poetry in over a decade, was published in November 2020.

Both guests will address Folk Unlocked attendees in an interview format.

Interviewing Dr. Love will be Brandi Waller-Pace, the founder and Executive Director of Decolonizing the Music Room, a nonprofit with a mission to center BIPOC voices in music education. A musician and educator, she is currently pursuing a PhD in Music Education at the University of North Texas. Waller-Pace presents in education settings and roots music communities on topics from antiracist philosophies to the Black roots of American music.

Interviewing Margaret Atwood will be Anaïs Mitchell, the Tony Award-winning creator of the Broadway musical “Hadestown”. Dubbed “one of the greatest songwriters of her generation” by NPR, Mitchell comes from the world of narrative folksong, poetry, and balladry. A recipient of FAI’s Spirit of Folk Award and a BBC Radio Two Folk Award, her latest musical collaboration “Bonny Light Horseman” is nominated for this year’s Best Folk Album GRAMMY.

“Hope and intention are more productive than sheer resilience, so, given the dystopian nature of the pandemic, and the social unrest and political tumult of the past year, Dr. Love’s profound insights regarding diversity and inclusion will deepen the critical reflection and call to action of our industry, while Margaret’s poignant perspective will help us refocus music as an ancient medicine for real and existential angst”, stated FAI’s Executive Director Aengus Finnan. “Anaïs and Brandi are inspiring community figures and we’re honored to have them facilitate these conversations.”

This year’s conference is being held online under the title “Folk Unlocked”. Artists and industry delegates are invited to pick their own registration rate, including free if they are unable to afford it at this time. To register and view the full Folk Unlocked program, visit folk.org/unlocked.

Folk Alliance International (FAI) was founded in 1989 to connect folk music leaders aiming to sustain the community and genre. The leading international voice for folk music, FAI is an arts nonprofit and NEA designated National Arts Service Organization based in Kansas City, Missouri, USA. FAI is also a member of the Alliance of Performing Arts Conferences (APAC) and the Performing Arts Alliance (PAA).

FAI defines folk broadly as “the music of the people” (reflective of any community they are from), and programs a diverse array of subgenres including, but not limited to Appalachian, Americana, Blues, Bluegrass, Celtic, Cajun, Global Roots, Hip-Hop, Old-Time, Singer-Songwriter, Spoken Word, Traditional, Zydeco, and various fusions.

In place of an in-person conference this year, Folk Alliance International is hosting Folk Unlocked, a five-day virtual event for the entire international folk community to come together for showcases, panels, workshops, affinity and peer group meetings, exhibit spaces, networking, and mentorship. The doors and windows of folk are being unlocked to be as broad and inclusive as possible, inviting those who have been loyally attending Folk Alliance International conferences for years while aiming to reach folk musicians and professionals who have never benefited from or attended FAI before.

Programming will be interactive, whether live-streamed or pre-recorded, and recordings will be available for later viewing, allowing folks from around the globe to tune in when they can. Confirmed panelists and facilitators include Allison Russell, Leyla McCalla, Tift Merritt, SaulPaul, Ann Powers (NPR), Paul Schiminger (IBMA), Shanta Thake (GlobalFESTest), and many more.