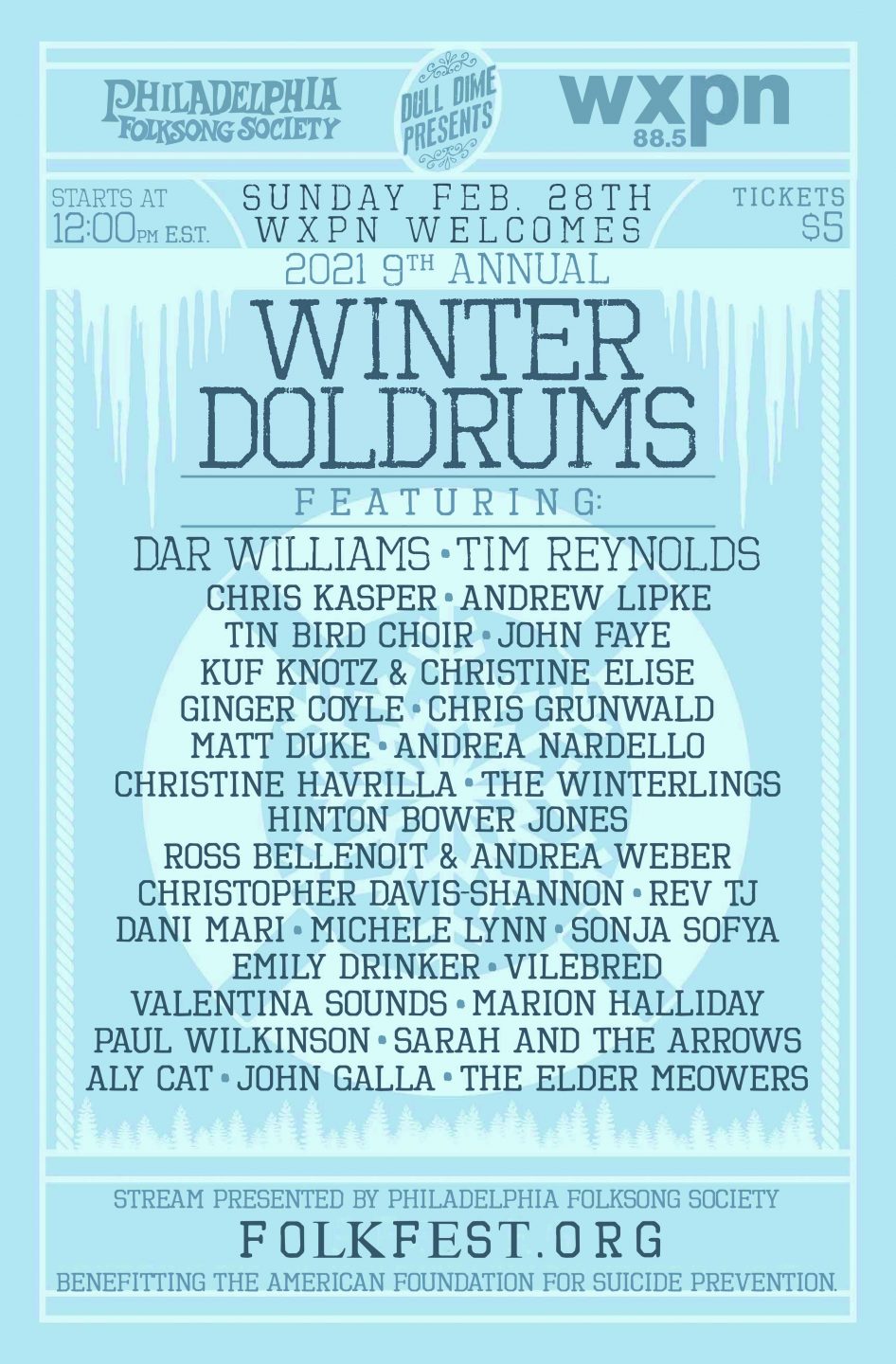 In 2013, Philadelphia local bassist and musician, Michele Lynn lost her son to suicide. Beginning in 2014 with the 2nd annual Winter Doldrums, Michele changed the focus of the event to benefit suicide prevention and awareness. In it’s ninth year, the Winter Doldrums is once again benefitting the American Foundation for Suicide Prevention.

In 2016, With the goal of bringing light to suicide awareness and prevention, Michele teamed up with 17 of her musician friends to co-write songs based on her works. Michele’s poems became the songs’ lyrics, with her friends providing voice and melody. Together with producer Ross Bellenoit, Michele and her friends created an album called “Vilomahed.” Despite the album’s diverse musical lineup, Michele and her collaborators have created a cohesive work that provides a beautiful glimpse into the pain and healing experienced by survivors of suicide, that is at times both heartbreaking and hopeful.