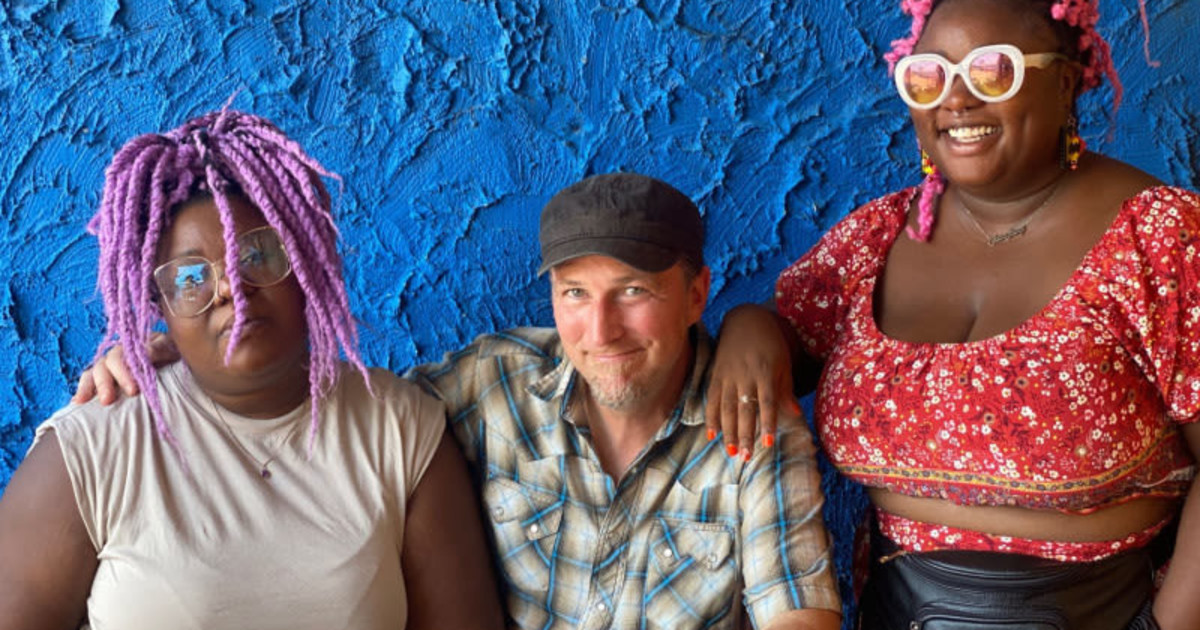 Peter Mulvey is a veteran singer and songwriter from Milwaukee, Wisconsin. He began his career on the streets of Dublin, Ireland, as a busker, and from there moved on to performing in the subways and streets of Boston, Massachusetts. This led to his first record deal and a leap to full-time national and international touring, beginning in the early Nineties.

Mulvey is an iconoclast within the singer/songwriter world. Restless and inventive, he has made seventeen records, spanning rock and roll, folk, Jazz, spoken word, and Americana. A long-standing gig at the National Youth Science Camp led to a spoken word piece, “Vlad the Astrophysicist”, which became a TEDx talk, and then an illustrated book. In 2007 he began an annual late summer tour by bicycle instead of by car and airplane- the 10th annual bicycle tour will happen this September. He has taught songwriting and guitar workshops at the Swannanoa Gathering and at various folk festivals across the U.S.

﻿The sound of SistaStrings can’t be described in one word. The Milwaukee based sister duo combines their classical background with R&B with a touch of gospel influence that culminates in a vibey, lush sound. With thick string harmonies between violin and cello and soulful voices, SistaStrings takes you on a journey. Formed in 2014 after the sisters graduated from college, Chauntee (violin) moved back from her studies at the University of Michigan in Ann Arbor and Monique from the University of Wisconsin-Madison, the sisters began doing string arrangements for local hip-hop artists and the rest is history. Slowly but surely, SistaStrings built a following and began playing more shows with collaboration being one of their strongest points.

﻿The sisters not only write and arrange but find pleasure sitting in with musicians and exploring what sounds come from improvisation and spontaneity. Outside of being their own act, SistaStrings can often be found playing alongside singer/songwriter Peter Mulvey. Having been raised in church, SistaStrings was able to build their improv skills and ear training. The classical background that the two sisters have had allows them to command their instrument at will.﻿