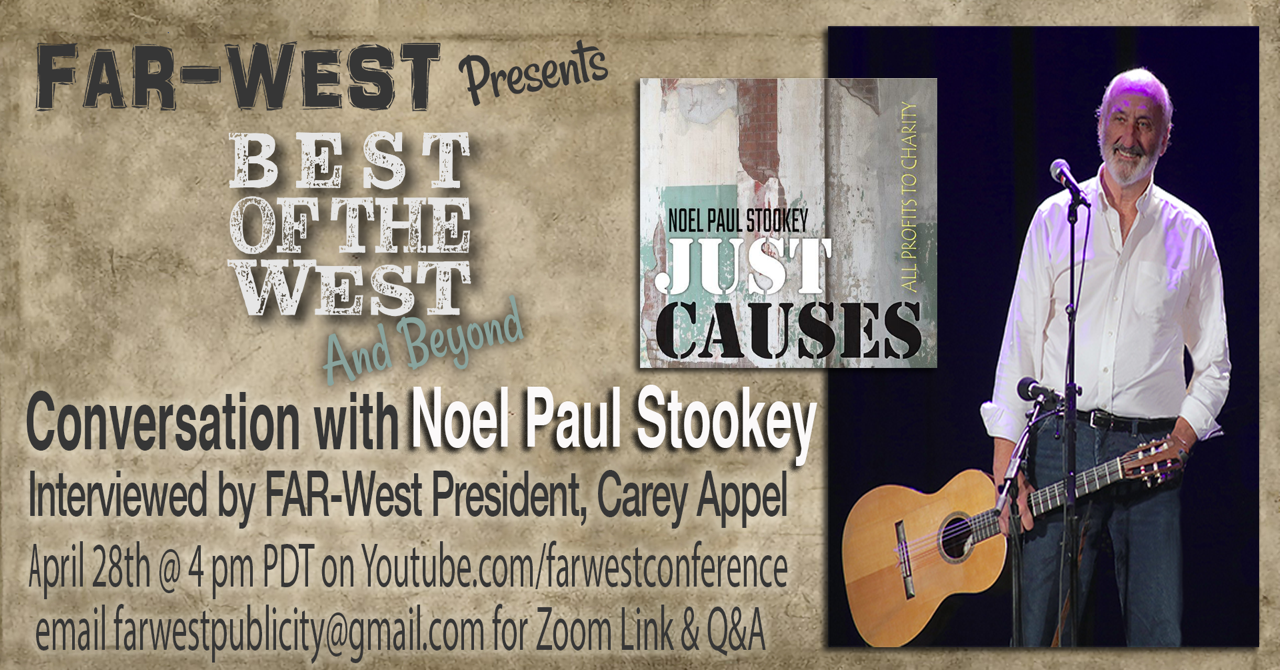 As part of its ongoing “Best of the West and Beyond” online series, Folk Alliance Region – West (FAR-West) is honored and excited to present “A Conversation With Noel Paul Stookey” via YouTube on April 28 at 4 PM PDT. The legendary folk musician and social activist will be interviewed by FAR-West President Carey Appel.
Noel Paul Stookey is a renowned and respected elder statesman of both the Folk Music Revival and the peace activism movement that began in the 1960s and continues today. As a member of the iconic trio, Peter, Paul & Mary, Stookey has been on the front line of the movements for equality, peace and social justice and those ideals continue to be represented by his music and philosophy today. His recently released new album, JUST CAUSES, is a carefully curated compilation of 15 past tunes, each bearing a theme of social concern and each song is paired with an appropriate non-profit organization designated to benefit from the album’s net proceeds.
During this intimate sit-down, Noel and Carey will discuss his lifelong commitment to creating socially relevant music and how he continues to give back to the folk community and to the world at large. There will also be a special appearance from his daughter Liz Stookey Sunde, speaking about the organization she runs with her father, Music to Life. Please join the FAR-West community for this this rare opportunity to hear from one of the most iconic performers in the folk music world!
Premiering on April 28th, 2021 at 4 PM PDT on YouTube.com/farwestconference