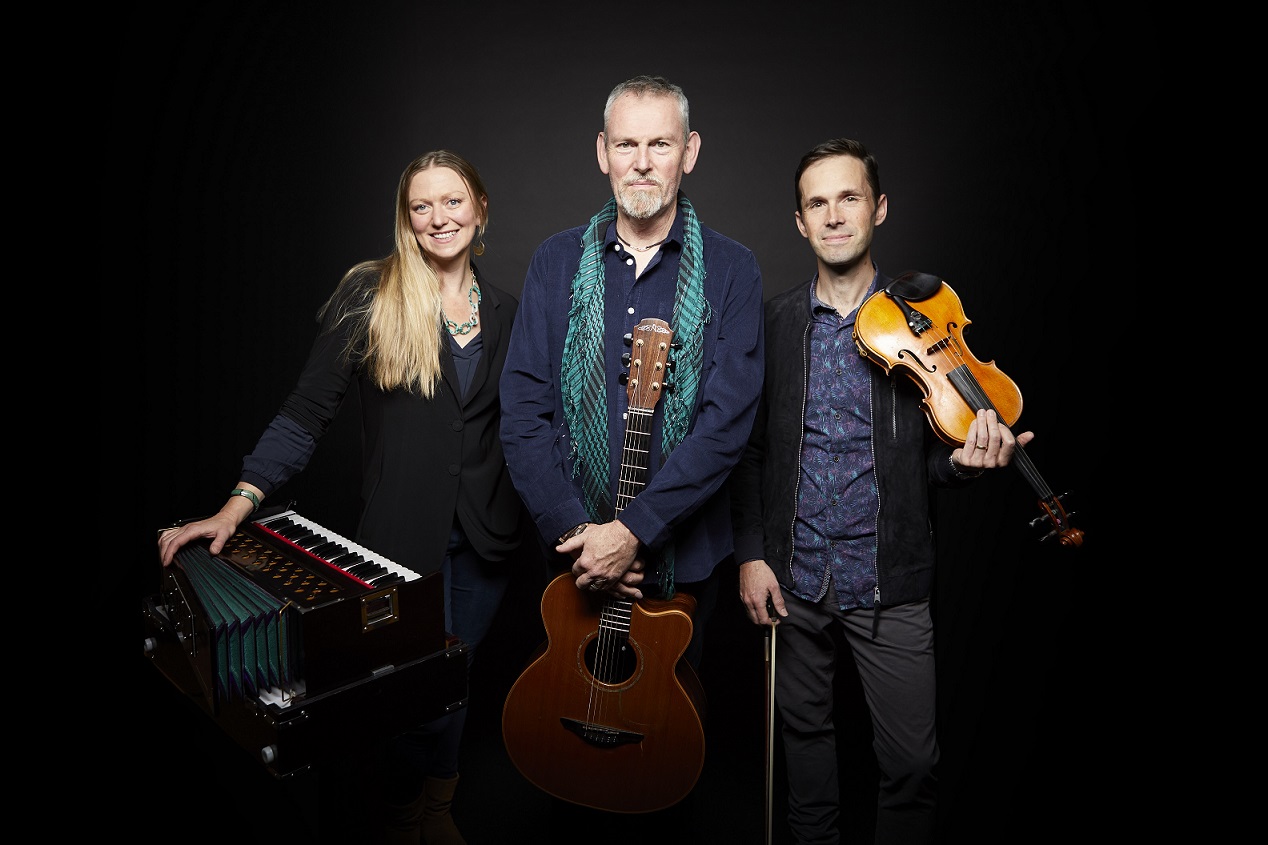 Described by Songlines magazine as a “Welsh supergroup”, ALAW is a group of three leading musicians who bring a wealth of experience to a shared passion – the traditional music of Wales.

Nia Lynn‘s exceptional voice and harmonium dance with the dazzling fiddle of Oli Wilson-Dickson, interwoven with Dylan Fowler‘s sparkling guitar playing. Whether unearthing rare gems or reimagining a well loved song, they treat their music with a deftness and sensitivity that is thoroughly absorbing. Combined with powerful songwriting and original tunes, this makes for a musical experience that will stay with the listener long after the performance ends.

In August 2018, they collaborated with the BBC Concert Orchestra for a televised Prom at The Royal Albert Hall, alongside Julie Fowlis, Jarlath Henderson, Sam Lee and The Unthanks. ALAW’s performance was described on BBC Radio 2 as “Show-Stopping” and in the Times as “a sparkling collision of Celtic traditions”. In 2019 they won a Wales Folk Award after being nominated in 3 categories.

Oli and Dylan have a long history of working together, sharing projects including The Devil’s Violin and The Ian McMillan Orchestra. Oli is well known as the fiddler in Jamie Smith’s MABON. Nia has an international reputation and has sung at the Barbican and The Albert Hall. From stirring songs to driving jigs – they communicate their music with relaxed humour and a genuine affection that is truly infectious.