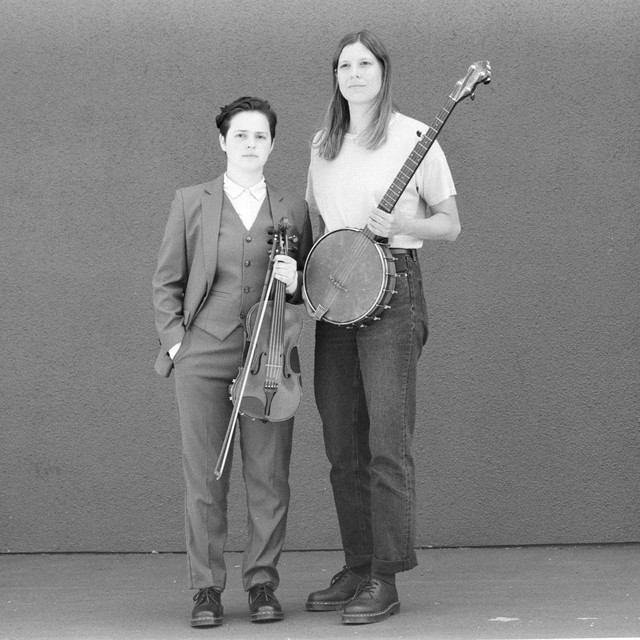 Allison de Groot combines love for old-time music, technical skill and a creative approach to the banjo forming her own sound – unique and full of personality. Although firmly rooted in old-time and music, she has shown her ability to collaborate and create outside this genre, pushing the boundaries of the clawhammer banjo.

​Allison has toured all over the world with various groups, performing at venues such as Newport Folk Festival, Stockholm Folk Festival, Winnipeg Folk Festival and Tønder Festival in Denmark. The music scene in her hometown of Winnipeg, Canada, immersion in Appalachian old-time communities, a performance degree at Berklee College of Music in Boston, and touring extensively throughout North America and Europe have all had a great impact on her playing. She is dedicated to honoring old-time music, the community that music creates and exploring the clawhammer banjo style. She is currently performing with Bruce Molsky’s new project Molsky’s Mountain Drifters and The Goodbye Girls, among others.

Since releasing her first solo album “Started Out To Ramble” in 2009 (produced by Bruce Molsky and featuring Sarah Jarosz, Mark Schatz, Alex Hargreaves, and more), Tatiana Hargreaves has toured with musicians from Dave Rawlings and Gillian Welch, to Laurie Lewis, Bruce Molsky, and Darol Anger. From being the second woman to place first at the Clifftop Appalachian Fiddle Contest in 2009 to the 2015 release of an EP with bassist Ethan Jodziewicz featuring traditional and original material performed by the unique duo of bowed bass and fiddle, Tatiana is dedicated to respecting and preserving oldtime and bluegrass traditions while simultaneously seeking her own musical voice and exploring new ways of approaching these styles.

In 2012 and 2013 she attended the Acoustic Music Seminar at the Savannah Music Festival, collaborating with other young acoustic musicians to explore contemporary approaches to traditional American roots genres. In the winter of 2015 she participated in the Dosti Music Project, a State Department funded program that brings together musicians from Pakistan, India and the US for a month of musical diplomacy and collaboration. Early 2016 saw three months of intensive study at La Fundación Alejo Carpentier in Havana, Cuba researching the role of the violin in Cuban music. She is most recently featured on Laurie Lewis’s new release The Hazel And Alice Sessions. Currently, Tatiana is pursuing a degree in ethnomusicology at Hampshire College and researching “the fiddle camp phenomenon.”