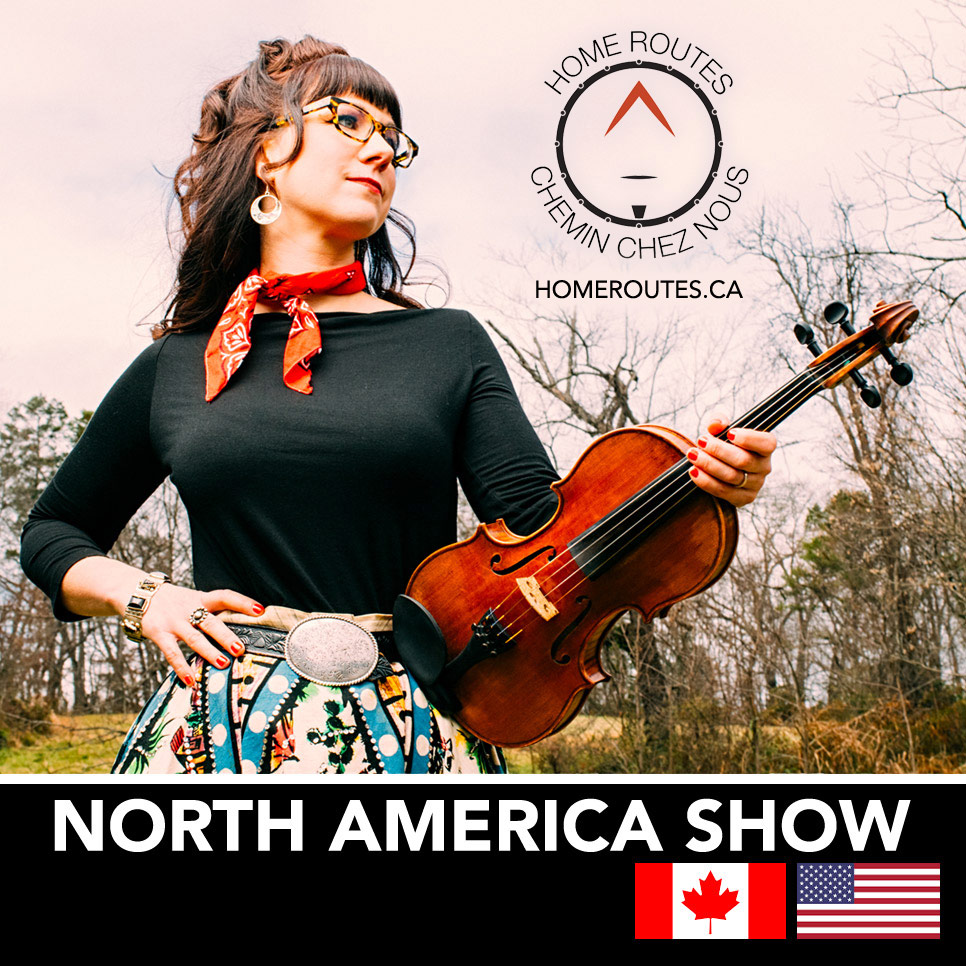 Live from Hollow Reed Studios in Asheville, NC, Home Routes is proud to present April Verch, in collaboration with Calgary Folk Club. On April 27, audiences will enjoy Ottawa Valley’s preeminent roots artist, April Verch.
April’s ability to preserve the authentic folk traditions of the past and reintroduce them into the musical landscape of the present is a testament to her masterful musicianship and widespread appeal. While April is perhaps best known for playing traditional fiddle styles from her native Ottawa Valley, Canada, her performances extend into old-time American, classic country, Scandinavian influences and beyond, for a well-rounded tour-de-force of traditional sounds. In addition to Verch’s fiddling, vocals, step dancing and foot percussion you’ll be treated to one of her April Verch Band members (also her husband), Cody Walters, on clawhammer banjo and bass, for this rare and intimate duo setting.