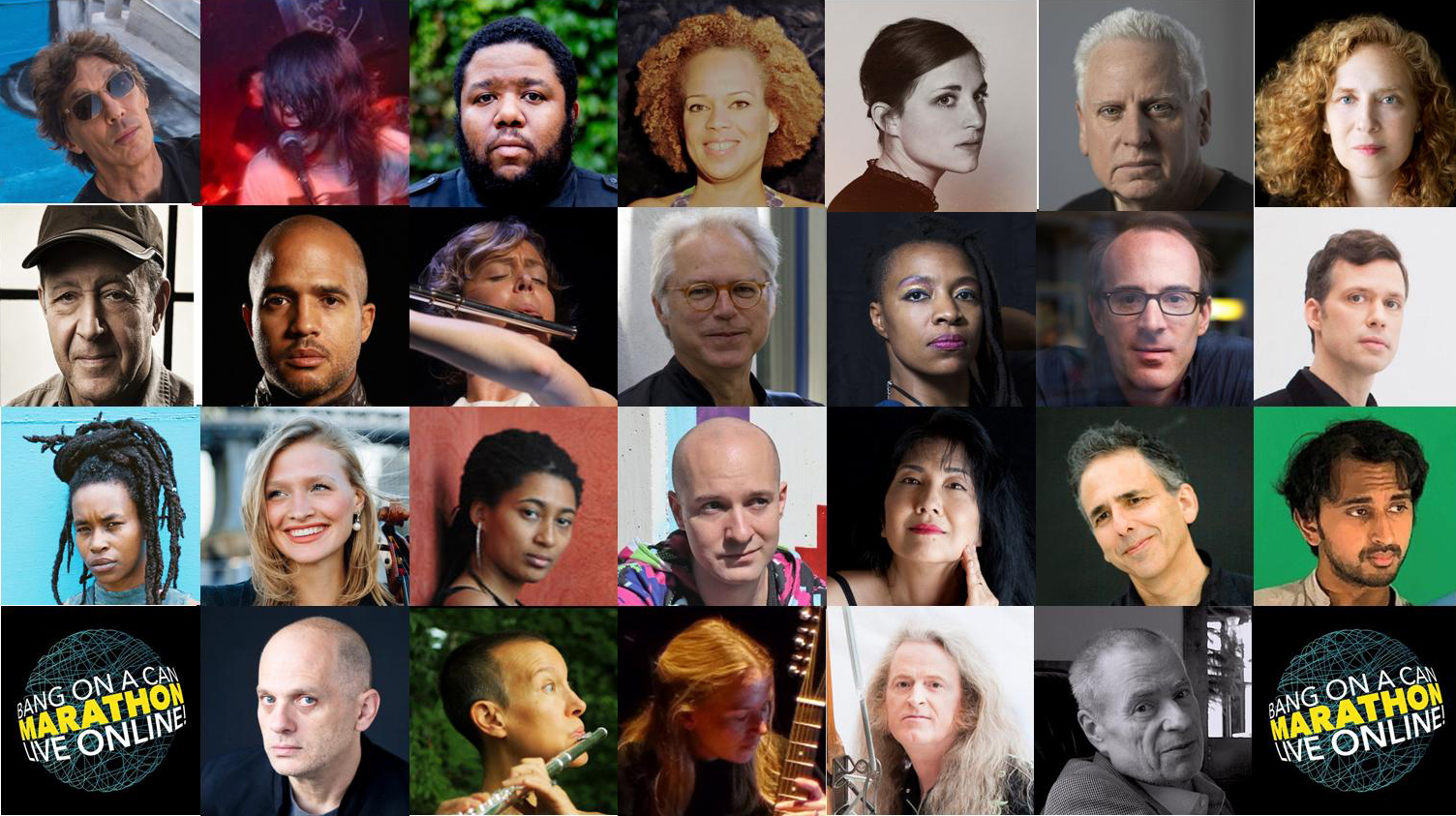 The Bang on a Can Marathon Live Online – MaerzMusik Edition presented by Berliner Festspiele – features four hours of live performances from both sides of the Atlantic, reflecting the diversity and breadth of the Bang on a Can community. Featured artists include Tomeka Reid, Bill Frisell, Mazz Swift, Arnold Dreyblatt, Steve Reich, and more.

This special edition live Marathon will be hosted by Michael Gordon, David Lang, and Julia Wolfe, and in part by MaerzMusik Artistic Director Berno Odo Polzer. The Bang on a Can Marathon is one of many events taking place during the MaerzMusik Festival 2021, running March 19-28.

Hourly Schedule (Set times are approximate and subject to change.)