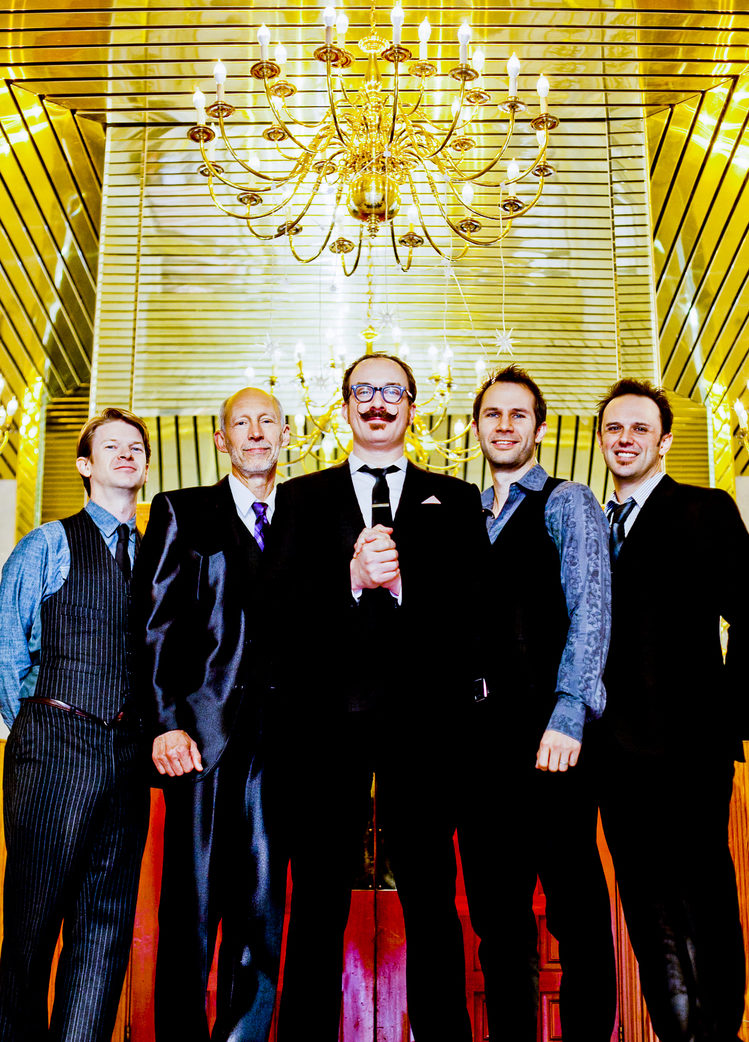 Barnstar! began as the brainchild of Zachariah Hickman (bassist for Josh Ritter, musical director for Ray Lamontagne) for a local bluegrass supergroup featuring some of Boston’s best musicians and songwriters. Using the familiar tools of the genre—guitar (Mark Erelli), fiddle (Jake Armerding), mandolin (Taylor Armerding) and banjo (Charlie Rose)—Barnstar! forges its own brand of song- based bluegrass, gloriously harmonized and raucously played.

The band debuted in 2011 with C’mon!, a mix of distinctive originals and unexpected covers (Neil Young, Dawes, The Traveling Wilburys) cut live in the studio. Despite juggling various high-profile sideman gigs behind other artists, the lads in Barnstar! managed to cause quite a stir with relatively few appearances. Whether playing above 10,000 feet in the Colorado mountains, dressing up like pirates on a boat cruising around Boston Harbor, or starting a small skirmish over the last CD in Shrewsbury, England – shouts of “C’mon!” followed the band everywhere they went.

In February 2015, Barnstar! proudly unleashed its sophomore release Sit Down! Get Up! Get Out! (Signature Sounds), which sports a more richly textured sound than its predecessor. “What continues to define Barnstar!,” says Zachariah Hickman, the band’s mustachioed leader and producer of the group’s albums, “is that we’re not singing songs as an excuse to play a solo. We like to sink our teeth into songs that have a narrative or a story to them, and then make them our own.”