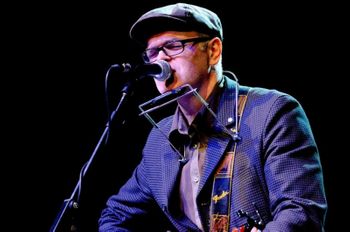 In a solo career which now spans over 20 years, Ben has received worldwide critical acclaim with numerous high profile TV/Radio appearances like BBC, RTE and Dutch NPO Radio. Supporting Jools Holland, Alabama 3 & The Cranberries and he has collaborated musically with such names as Hal Ketchum & The Blockheads. He has co written and performed live with his fellow countryman Tony McLoughlin and some of Nashville’s finest such as David Olney & Irene Kelley.
Live from Ireland on Sunday, March 14, 2021 to your home; Ben Reel will be playing a ticketed concert for Music My Mother Would Not Like. To join please go to: https://bit.ly/3bAhEFn
You will receive a link to join the concert on Zoom on Sunday at 3PM ET.