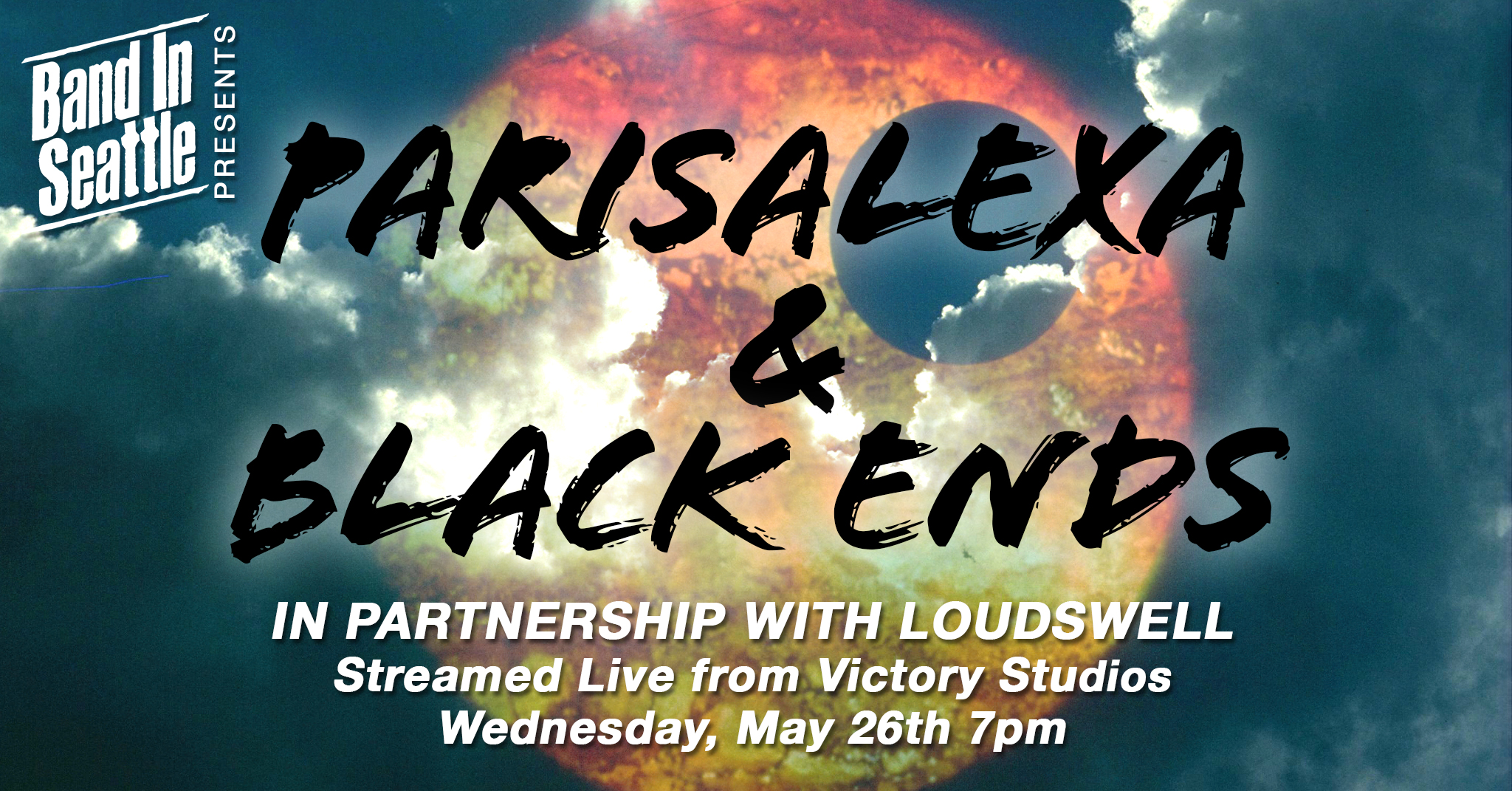 “Black Ends’ self-described gunk-pop is about as sweet as that wad of asphalt-crusted bubblegum you found stuck on the bottom of your favorite boots. Much like the legendary grunge bands that influenced the Seattle trio, Black Ends is artfully adept at smothering familiar pop and rock structures with near-toxic levels of grime; but please don’t call them “post-grunge”, the term used to describe the major-label wave of flannel-clad bands trying to capitalize on grunge’s aesthetic. If you must, “post-post-grunge” may be more apt at capturing Black Ends’ reaction against this type of commercialization, but I digress… Back in March of 2019, the band released their debut EP, Sellout, which has been widely acclaimed within the Seattle music scene, getting featured on publications such as the Seattle Times and The Stranger, as well as being a favorite on beloved Seattle radio station KEXP. While the EP serves as an effective window into their sound, Black Ends’ music is most gripping in the context of their energetic and dynamic live performances, which they took on a successful DIY tour down the west coast last summer. Bandleader Nicolle Swims takes charge with her commanding guitar playing, channeling catchy riffs and bluesy sensibilities through warped effects, scuzzy tones, and math-rock joltiness. The recurring lyrical theme of alienation is enhanced by Swims’ unique and cryptic vocal delivery that embraces her outsider status. Backing Swims is a talented rhythm section that seems to exponentially increase in inter-band chemistry with each show they play; Bassist Ben Swanson and drummer Jon Model are so tight they appear loose, like a runaway train threatening to veer off the tracks at any moment, yet somehow managing to be in the right place at the right time. Whether going off into a noisy freakout or a jammy detour the trio is always in sync and able to turn on a dime. “ – Jake Ingalls

Seattle R&B singer/songwriter Parisalexa is fresh of the release of her highly anticipated debut full-length project, 2 Real. 2 Real follows the release of her 2018 debut EPs where Parisalexa began to gain national praise from the likes of NPR, NYLON, and Blended, as well as festival spots all over the country.

After inking a publishing deal with Kobalt Music, spending a summer writing for other artists, Parisalexa returned with “2Real” in 2020. The single, “Chocolate” is a self-empowerment anthem, whose accompanying music video paid homage to black-owned businesses in the Emerald City, and earned placements on multiple Spotify, AppleMusic, Amazon Music, and YouTubeMusic playlists.

She was a featured contestant on NBC’s hit show ‘Songland’ where her song, despite not being picked by the show’s judges, was hailed by Billboard as “the best song of the entire season.” Additionally, Parisalexa is featured on new releases from funk-duo Tuxedo, Travis Thompson, and Xavier Omär, who she directly supported on a national tour.

Live from Band in Seattle at Victory Studios