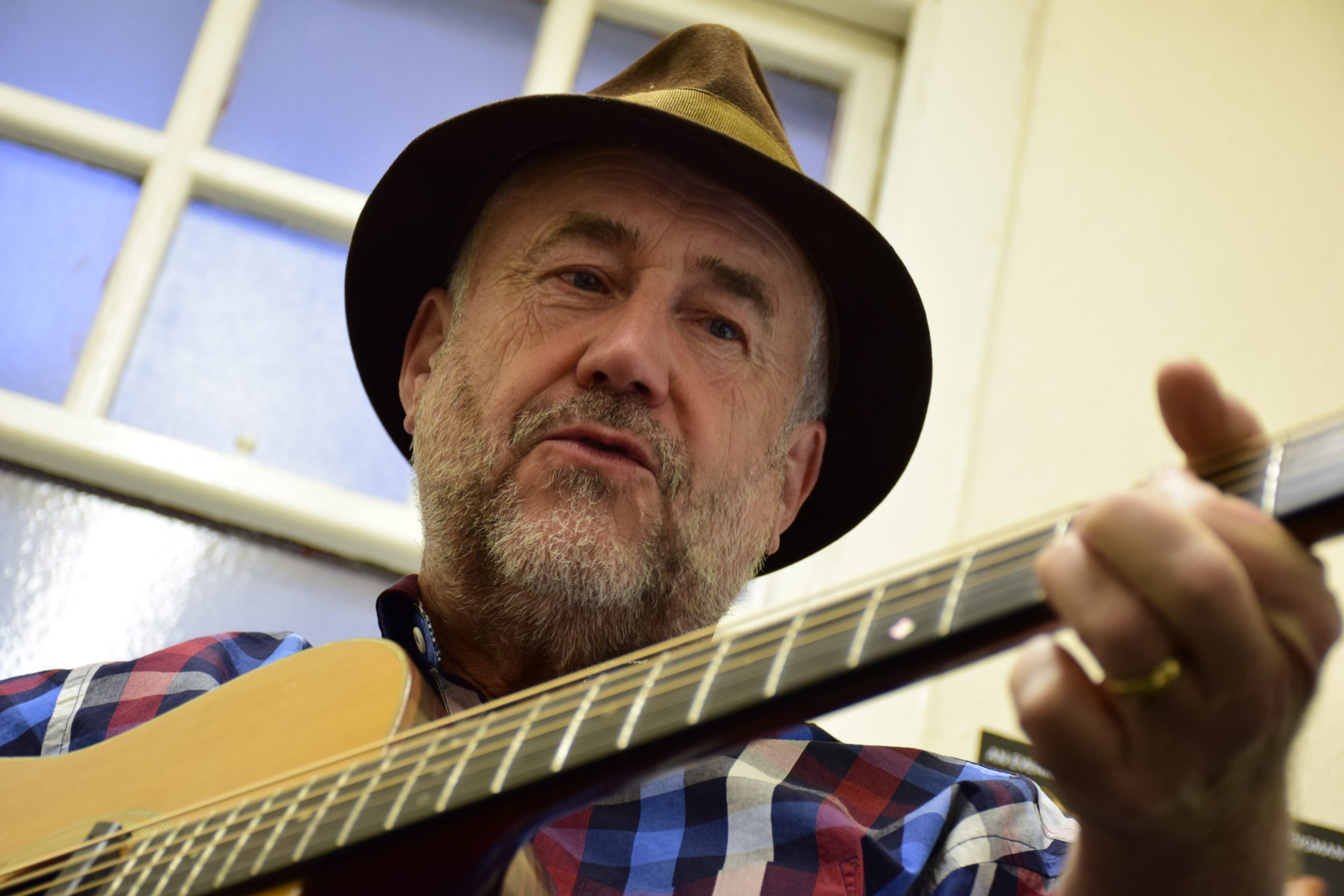 For more than 40 years, Bob Fox has been regarded as one of the iconic voices of British folk song. Deeply influenced by the working class culture and industrial folk song prevalent in his native County Durham, he has become a first-rate exponent of storytelling through song.

A career that began during the vibrant “folk revival” of the 60s and 70s in England led Bob into regular and extensive touring throughout the UK, Europe, USA, Australia and New Zealand, firstly with fellow North Easterner Stu Luckley in their groundbreaking acoustic duo and later alongside such musical heavyweights as Ralph McTell, Richard Thompson, Jethro Tull and Fairport Convention.

In 1978, the Bob Fox & Stu Luckley debut LP record – “Nowt So Good’ll Pass” achieved Melody Maker Folk Album of the Year and in 2000 Bob’s solo CD “Dreams Never Leave You” was voted The Daily Telegraph’s Album of the Year. Bob’s masterful interpretation of traditional and contemporary song, combined with an outstanding guitar technique, has also earned him countless nominations in the BBC Radio 2 Folk Awards over the years.

Bob has long been a favourite on the live circuit, both as a solo artist and in his many highly successful collaborations which include a duo with Billy Mitchell (Lindisfarne), the BBC New Radio Ballads series, The Pitmen Poets (with Jez Lowe, Billy Mitchell and Benny Graham) and the role of the Songman in The English National Theatre’s multi-award winning production of War Horse in London’s West End 2011-2013, and subsequently in the highly acclaimed and record-breaking UK, Ireland and South Africa touring version 2013-2015 and the 10th Anniversary UK tour 2017-2019.

Don’t miss a chance to experience his warm, rich voice, accompanied by a wonderful guitar style that can both drive or embellish his supreme singing. Expect to hear songs of love, joy, work and humour as he performs material from War Horse, newly written songs from the New Radio Ballad series and old favourites from his many recordings.