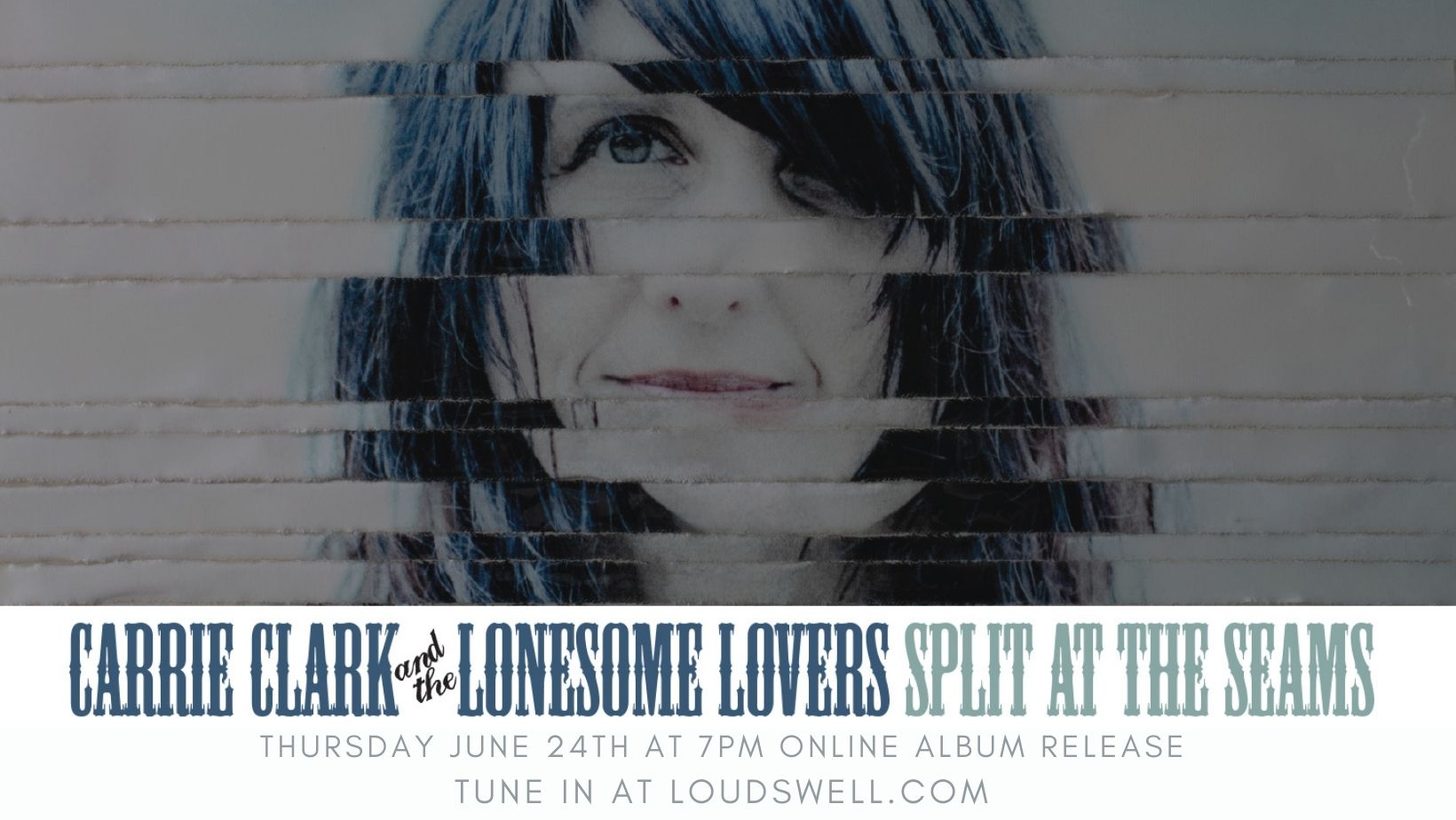 Join Carrie Clark and the Lonesome Lovers for an intimate celebration of their upcoming release, Split at the Seams. Finished just as the world shut down, and now set for release just as things reopen Carrie, Greg, Rob, Dave, Kohen and Producer, Martin Feveyear will all be together to play the album, talk about the recording and chat with fans.

NW native vocalist and songwriter Carrie Clark and her band The Lonesome Lovers draw from the broad palettes of Americana, folk, and rock to craft their own distinct flavor of modern pop honkey-tonk. Much like the Salish Sea which they call home, their new LP, Split At The Seams is expansive, just a touch rugged, and undeniably beautiful.