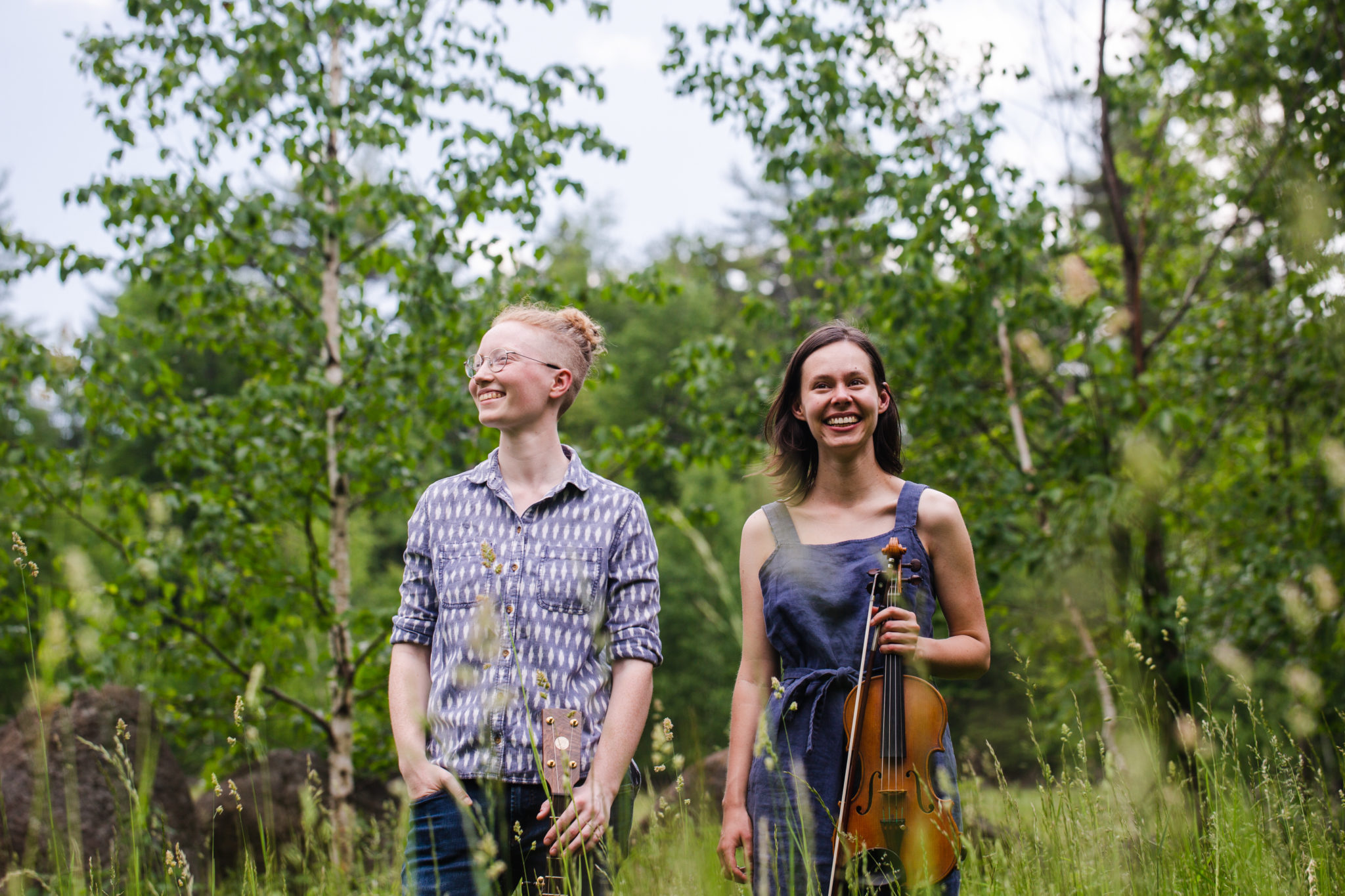 Casey & Molly play traditional folk tunes and songs and original compositions drawing from New England, Celtic, and Old Time traditions. With Molly on fiddle and Casey on guitar, cello, and banjo, they bring together engaging arrangements and artistry.

Eloise & Co. features the combined creative force of two of the country’s most sought-after acoustic traditional musicians, Becky Tracy and Rachel Bell. These two, sometimes playing as a duo and other times joined by one of several powerhouse backup players including Owen Morrison, Bethany Waickman, Rachel Aucoin, and Andrew VanNorstrand, crank out dance and concert music with unbridled energy and soaring beauty.

Originally thrown together at a gig where Becky led the contra dance portion of the evening and Rachel led the French dance part of the evening, they have continued to fuse these two elements into their concerts and dances, as well as adding songs and original compositions to the mix. Their first recording, “More, Please” was released in July of 2018, and as the name suggests, they went on to record another album in June, 2021. This CD is an entire collection of bal folk tunes, due to be released sometime in 2022.