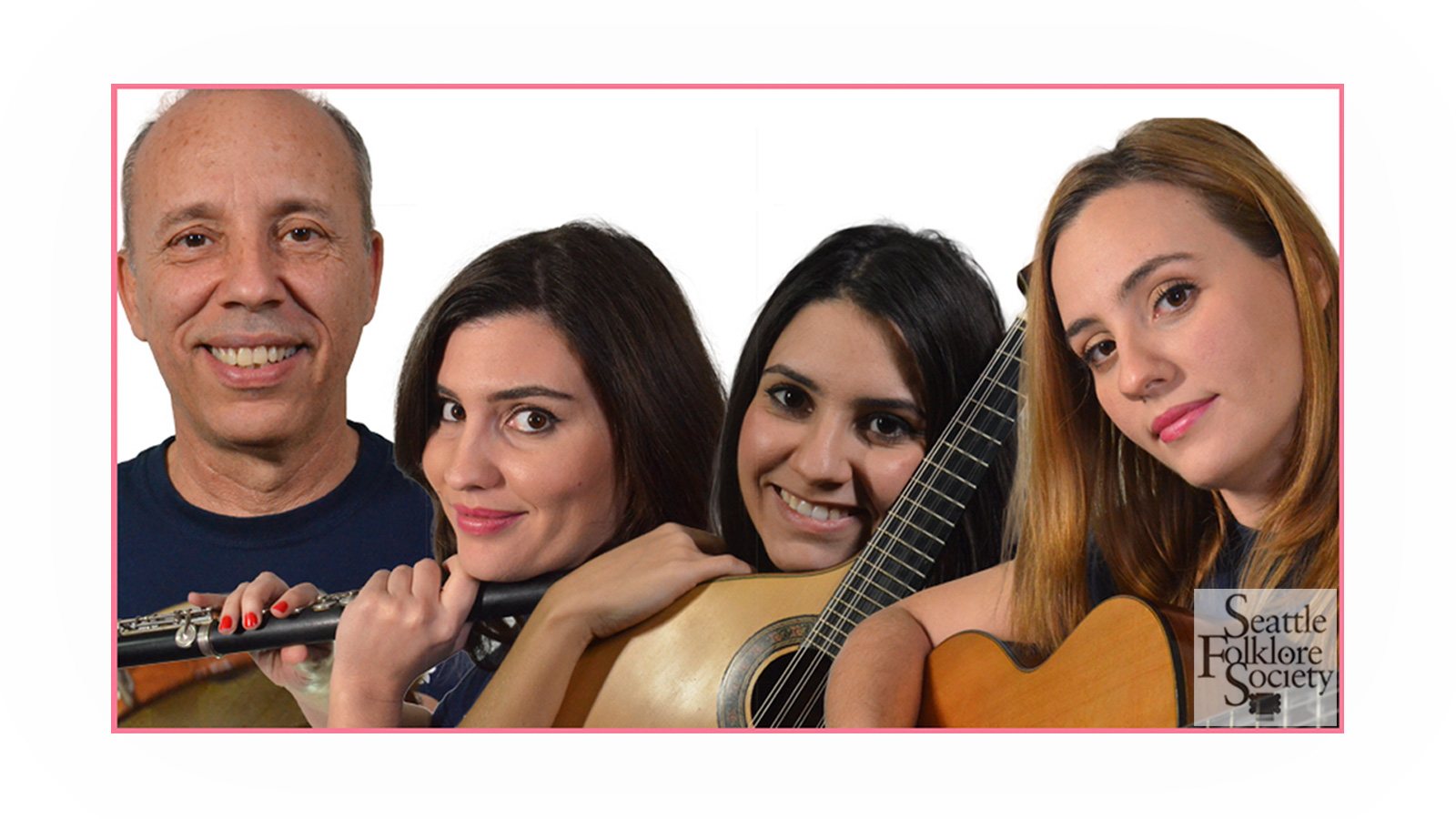 Award-winning Choro das 3 is sisters Corina (flutes), Lia (7-string guitar) and Elisa (mandolin and more) along with father Eduardo (percussion). They will be playing live from Brasil for this upbeat, fun virtual concert.

A choro player himself, Mike Marshall said Choro das 3 performs ”some of the most inspired and inspiring music … the highest level of musicianship and … the highest quality of Brazilian Choro music that can be heard any place today.”

Since forming the band in 2002 when the sisters were still girls, the family has been playing to large audiences and have self-produced ten CDs. Starting with their third album, they have included compositions created by themselves and their choro mentors. The band has done hundreds concerts and workshops all over Brazil, Mexico, Portugal, Spain, Italy, France, and has toured the USA since 2013.

“Choro das 3 shares a tradition that’s over 100 years old, one that continues to attract new composers, musicians, and audiences. The group has received accolades all over Brazil and abroad for virtuosity and creative energy, and has played a significant role in the preservation, renovation, and modernization of Choro.” – Cross Town Arts, Memphis TN

“Choro das Tres is a vibrant and virtuosic instrumental ensemble … carry[ing] on the rich tradition of Brazil’s first popular music, choro. The beauty and precision with which they play every note is something you see only in musicians who truly understand and love their craft with every piece of their heart.” – Ashkenaz Canada

Watch a preview of the incredible music you will hear in this concert:

Tickets start at $10 (Pay what you want with adjustable levels. The suggested “regular” ticket is $20). The concert is hosted by Konnectclub. A link will be sent upon purchase, for a Live Stream beginning at 7pm. (The concert will be also viewable for ticket holders up until 7pm the following evening after the Live Stream completes.)