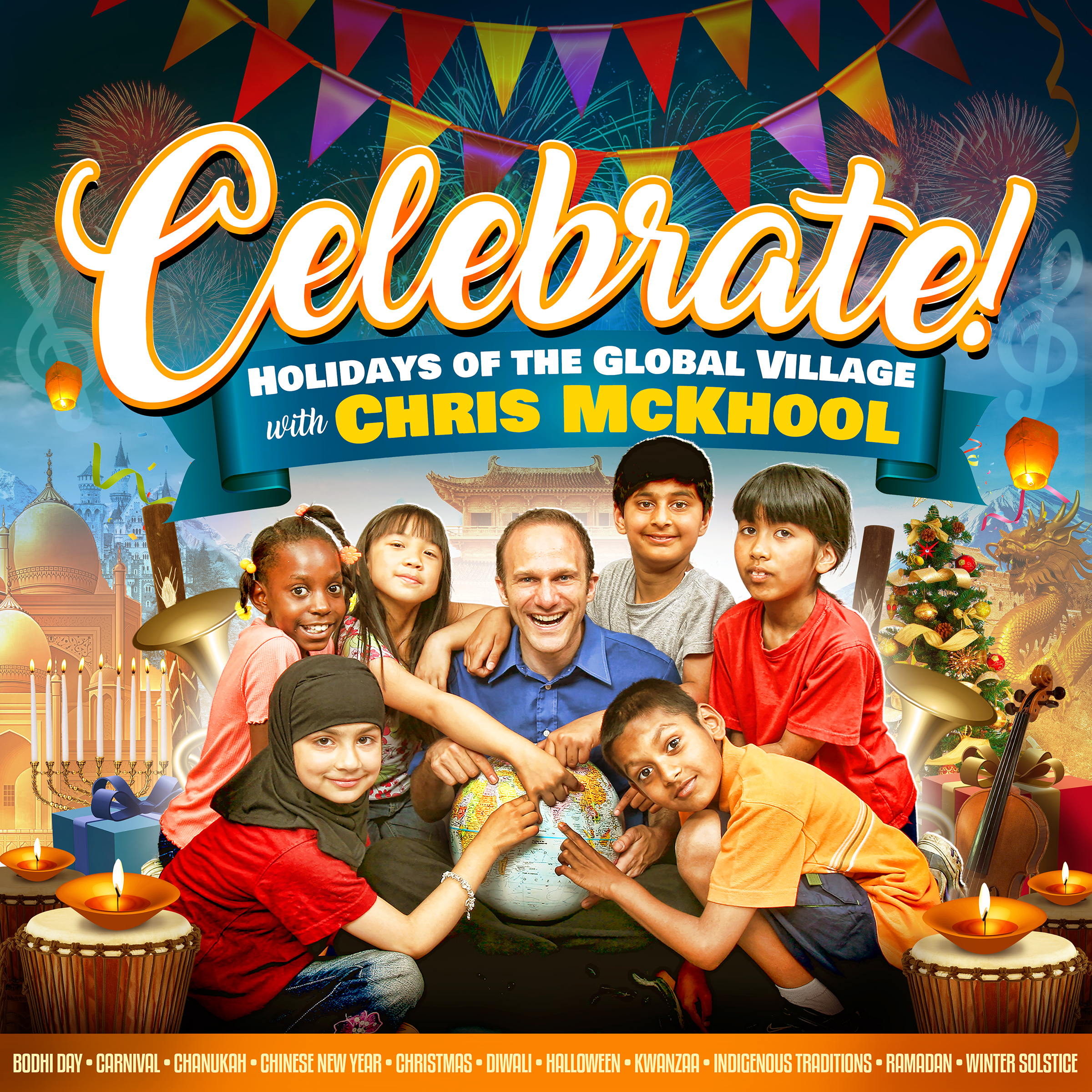 “CELEBRATE! HOLIDAYS OF THE GLOBAL VILLAGE”

Looking for a way for families and children to celebrate together during a COVID-19 pandemic, Chris McKhool and Pied Piper Kidshows have teamed up to create a fun, safe, interactive show for children of all ages. And best of all, they have made it free for all!

Inspired by travels around the globe, Chris McKhool celebrates the multicultural mosaic of our country with songs about Bodhi Day (Buddhist), Carnival (Quebec), Chanukah, Chinese New Year, Christmas, Diwali, Eid, Halloween, Kwanzaa (Pan-African), Indigenous Traditions, Ramadan and Winter Solstice. Celebrate! is a window into many cultures from around the world and provides young audiences with a glimpse into the different customs, celebrations and festivities enjoyed in Canada. Traditional and original songs by Chris encourage us to share with our neighbours and friends and celebrate together!

“I was impressed by his musical virtuosity and personal appeal…His songs succeed!”
Ernie Coombs (Mr. Dressup)

“Many have tried but none have come as close to capturing what it means to truly celebrate multiculturalism as Chris McKhool. The Toronto singer-songwriter epitomizes what many Canadians have come to love about this country.”
Deanne Fisher, City Parent

“Chris McKhool and the boys are fantastic. They can play my bar mitvah!”
Bob Ezrin, Producer (Pink Floyd, Kiss)