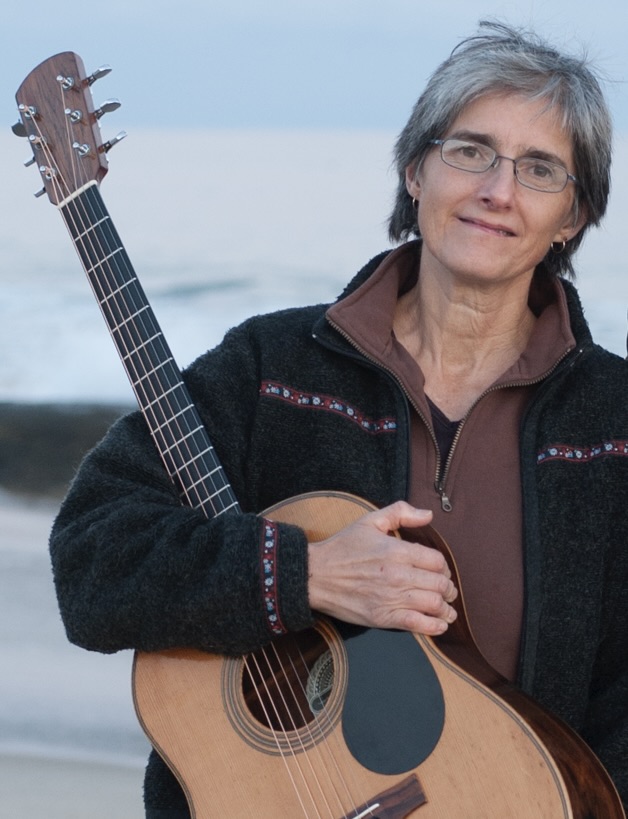 Cindy will be performing a rare mostly-solo concert from her living room to yours! Grey Larsen will join her on several songs.

Cindy is a songwriter, singer and guitarist who has taught and performed extensively throughout North America in coffeehouses, concert halls, house concerts and music camps. She has also appeared on A Prairie Home Companion and WFMT‘s Folkstage.
Her first album, Working on Wings to Fly was voted one of the “Top 100 Folk Albums of the [last] Century” by WUMB Boston radio listeners, and Kallet’s Leave the Cake in the Mailbox – Songs for Parents and Kids Growing Up was chosen for a 2004 Parents’ Choice Gold Award.

“Cindy Kallet’s rare music moves me profoundly….Kallet, quite simply, casts a spell with her unpretentious, unproduced music. Her pleasant alto voice carries her unique songs through the intellect and straight to the heart.”
Rich Warren, Host of WFMT’s “Midnight Special” and “Folkstage”, Sing Out! review, Vol. 45 No. 1