Claudia Acuña: Wind from the South 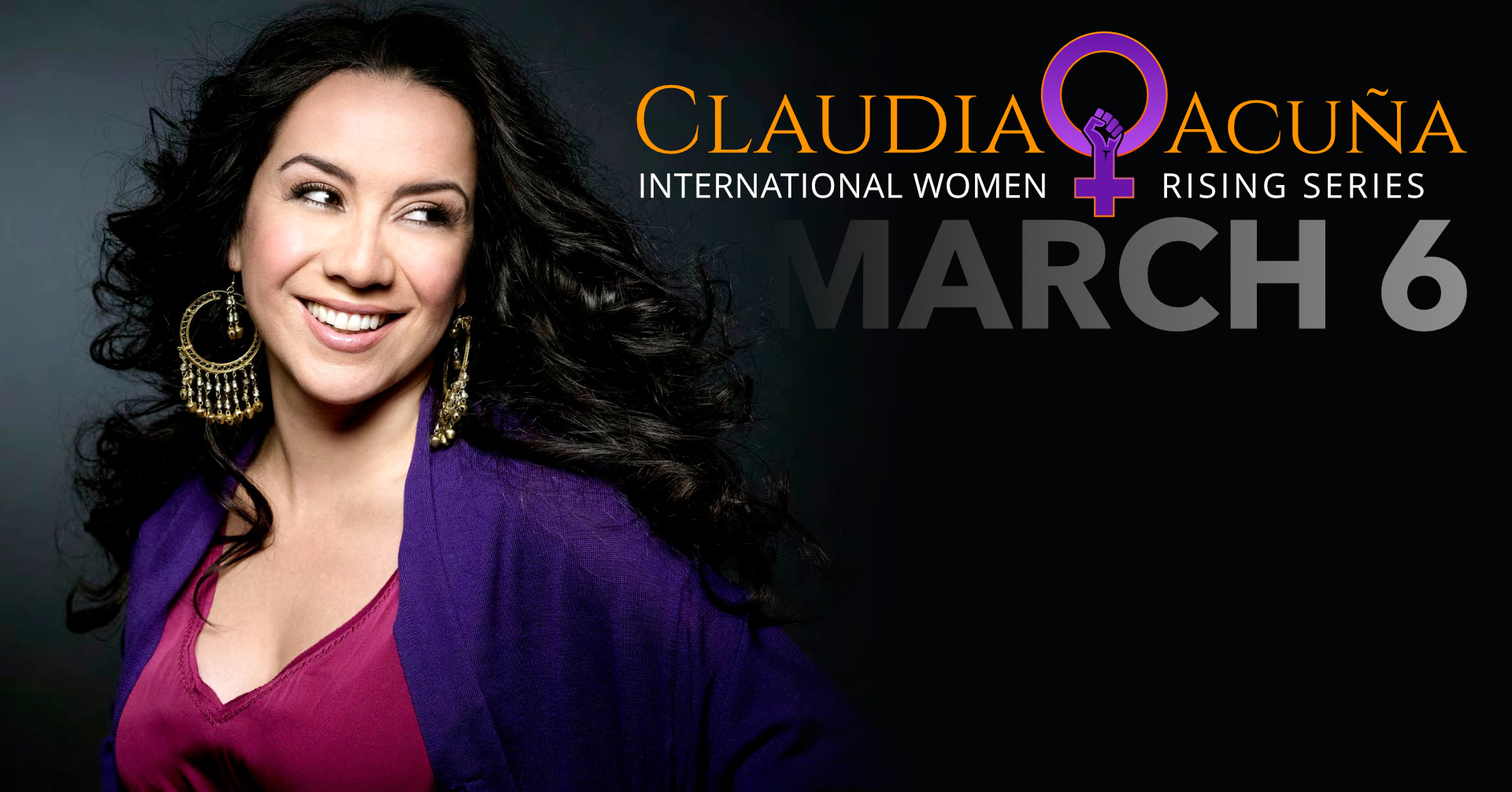 Latin Grammy Award nominee, Claudia Acuña, presents a two part musical celebration to mark International Women’s Day. Broadcast live from Northampton’s Academy of Music Theatre, the production features a six camera shoot to capture the intimacy of her performance and the majesty of this historic opera house. Audience members are invited to join via Zoom so they can “be seen” by the artists on a video wall in the orchestra pit.

The afternoon concert is a musical tapestry that weaves together ten years of Claudia’s work from her debut album on the legendary Verve Records to her most recent Latin Grammy nominated album, Turning Pages. The program serves a retrospective on her career and chronicles Claudia’s journey from her birthplace in Chile to her home in New York City.