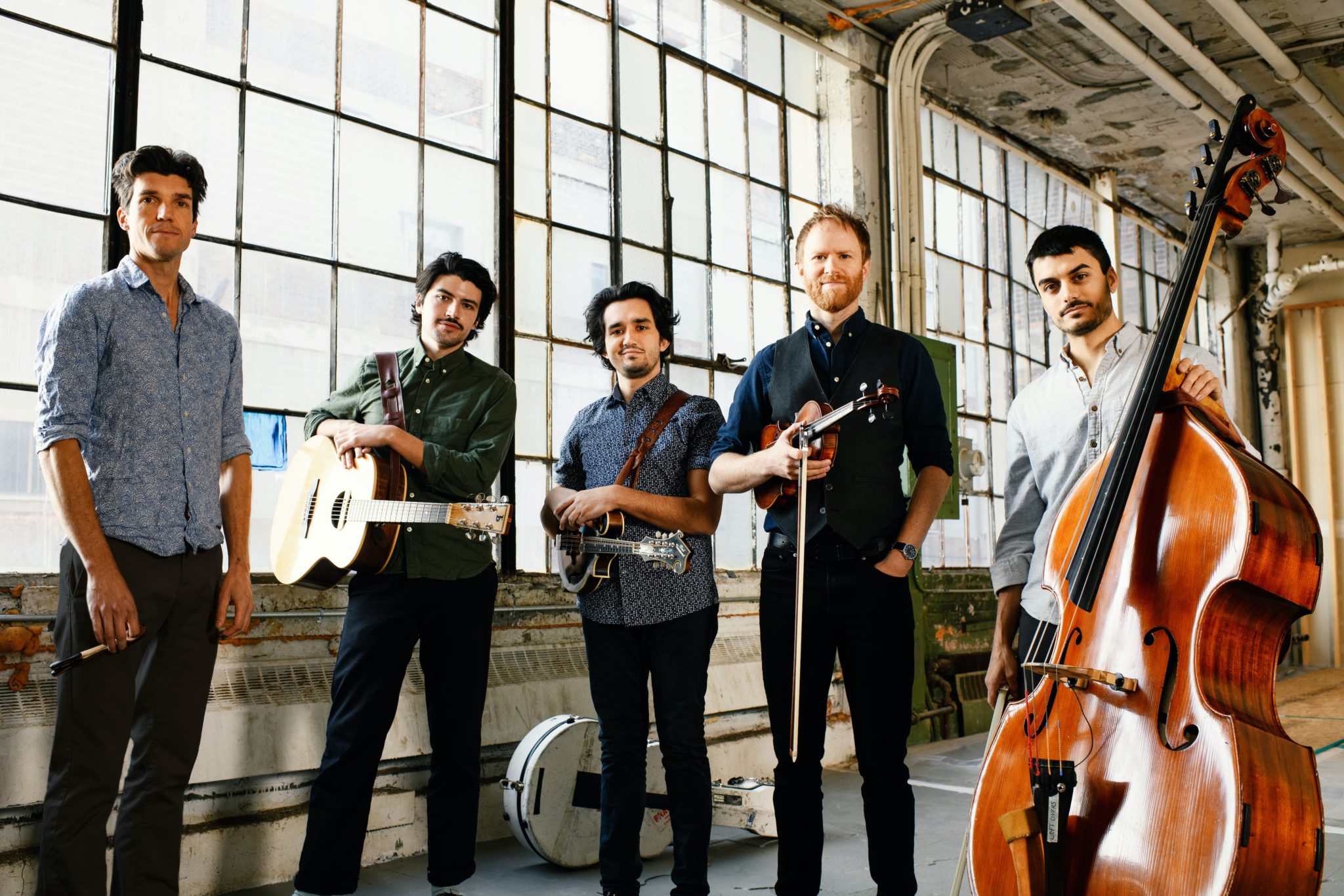 “Some of the most engaging people I’ve ever worked with have a clear vision while still being willing to explore—following, with a rare openness, the creative energy.” — Jeremy Kittel
That ethos is central to the new release, Whorls, from Kittel & Co. The album’s title refers to patterns of spirals, an apt metaphor for the undulation between the outsize skills and free-spirited instincts that drive its sound. A dazzlingly original work, Whorls inhabits the space between classical and acoustic roots, Celtic and bluegrass aesthetics, folk and jazz sensibilities.
Previously of the Grammy-winning Turtle Island Quartet, Kittel demonstrated similar scope as a composer-arranger- collaborator for such diverse artists as My Morning Jacket, Yo-Yo Ma & the Silk Road Ensemble, and Bela Fleck & Abigail Washburn. But for the last few years, the Brooklyn-based artist has been diligently building his own repertoire of music for a wholly original new group.
Kittel & Co. includes mandolin phenom Josh Pinkham (named “the future of the mandolin” by Mandolin Magazine), genre-bending guitarist Quinn Bachand (a presidential scholar at Berklee College of Music), transcendent bassist Ethan Jodziewicz (as heard with Sierra Hull), and hammer-dulcimer wizard Simon Chrisman (acclaimed for bringing a new tonal flexibility to the instrument). “We met gradually over the years, through festivals, shows, gatherings,” Kittel says. “Each really struck me with their uniqueness, for being a singular force on their instrument.” These musicians are as prodigious as they are world class: Most aren’t even 30 years old.
Their musical contributions to Whorls are visceral, yet precise. “The guys have an incredible combination of skill and intuition. Says Kittel: “It’s been so moving to be part of a whole, when the music starts taking off and everyone is supporting, balancing, breathing together. In those rare moments, it’s as holy a thing as I’ve ever experienced.”