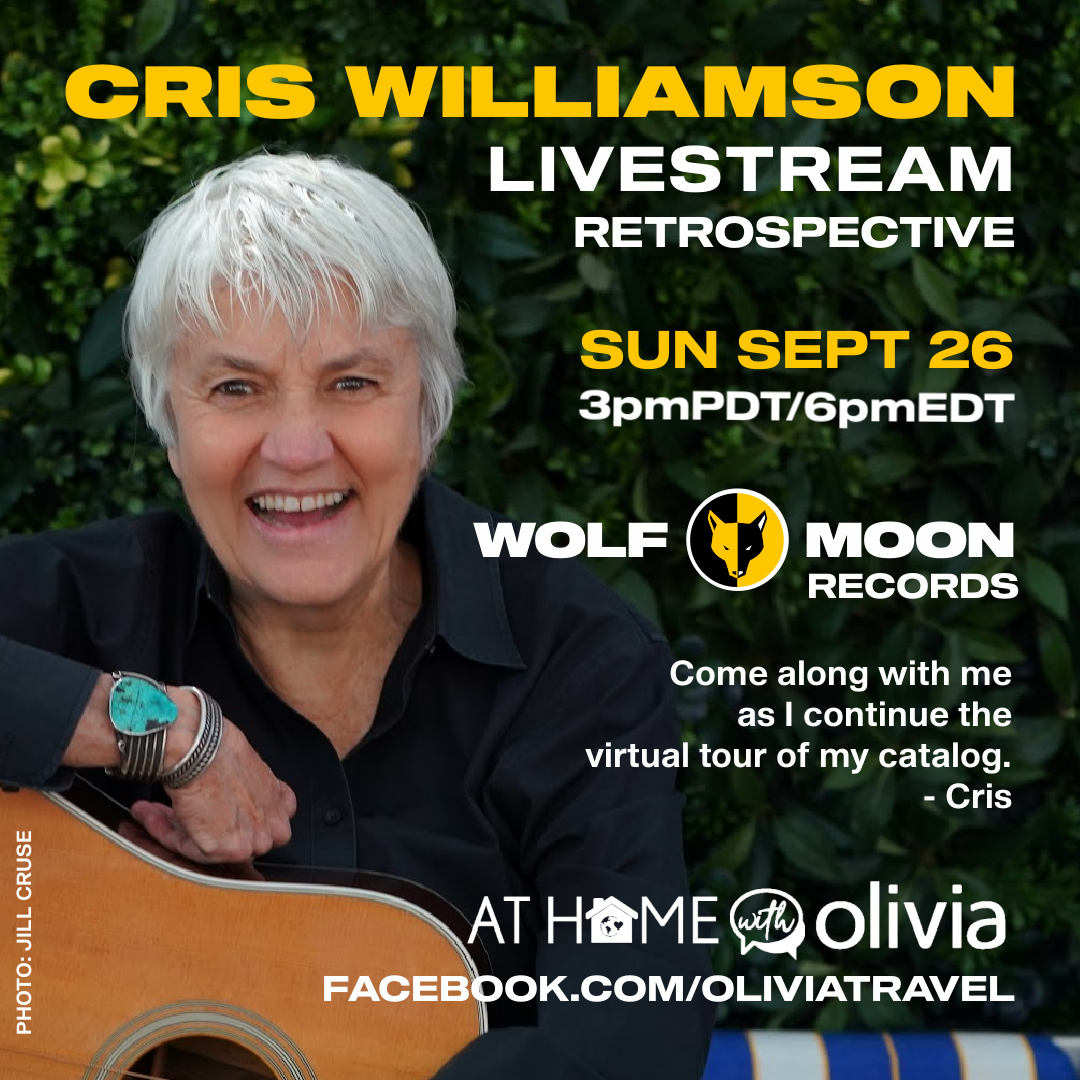 It’s that time again, and Cris continues with her virtual tour though her extensive catalog. This month’s show features two more selections from her own label. Wolf Moon Records – – Real Deal, produced by her good pal Teresa Trull, and The Essential Cris Williamson, a double CD compilation of favorites spanning 35 years. Cris will also offer up a selection from her forthcoming album, Harbor Street. So, let’s gather together, in the ways we do, and enjoy another intimate offering from Cris’s home to yours.

With 32 albums to her credit, Cris Williamson is best know for her classic album, “The Changer And The Changed.”  Released in 1975 on Olivia Records, this music became the soundtrack of a movement, and was key in the launch of what would become known as “women’s music,” music which was created, performed, and marketed specifically by and for women. Today, this record remains a favorite of so many people, and one of the best-selling independent releases of all time. Cris is currently putting the finishing touches on her upcoming CD, her 33rd.