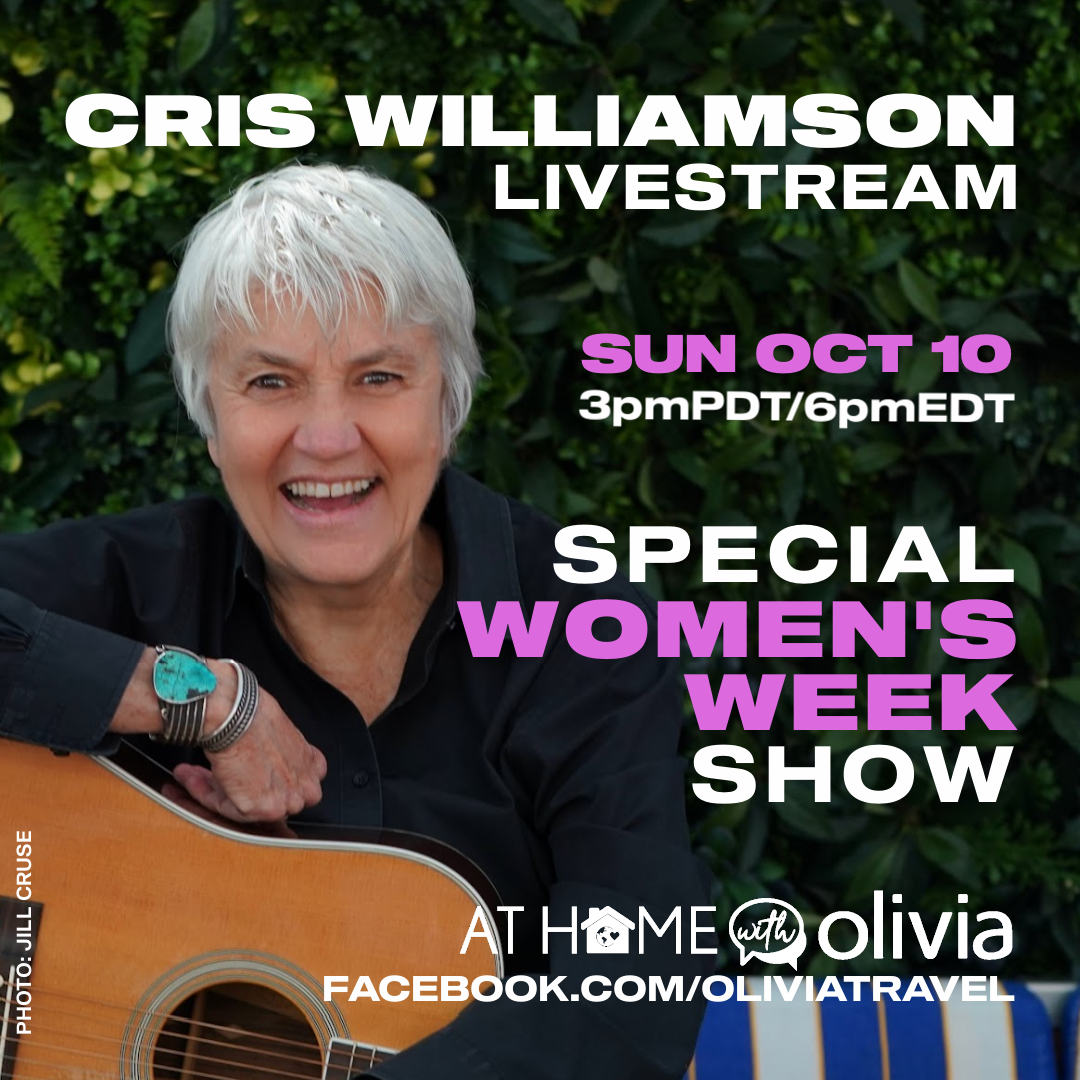 Cris continues her popular monthly livestream, this time presenting a social show in honor of, and in place of her long-time, annual trek to Provincetown MA for Women’s Week. She was scheduled to play her usual 10-day run starting the Saturday before Columbus Day week (now thankfully called Indigenous People’s Day. As she peered into the future, and decided it just wasn’t yet safe to travel, she chose to miss Women’s Week for the first time in many years. So, in honor of this special week, Cris will do a show this Sunday, Oct. 10th, celebrating The Original Peoples of this country and singing an historical redo of the journey of Columbus to this part of the world. There will be some old songs and some brand new ones from her forthcoming new album, Harbor Street. So tune in, and celebrate the amazing Provincetown experience, as if we were there.

With 32 albums to her credit, Cris Williamson is best know for her classic album, “The Changer And The Changed.”  Released in 1975 on Olivia Records, this music became the soundtrack of a movement, and was key in the launch of what would become known as “women’s music,” music which was created, performed, and marketed specifically by and for women. Today, this record remains a favorite of so many people, and one of the best-selling independent releases of all time. Cris is currently recording her new cd, her 33rd, scheduled for a fall release.