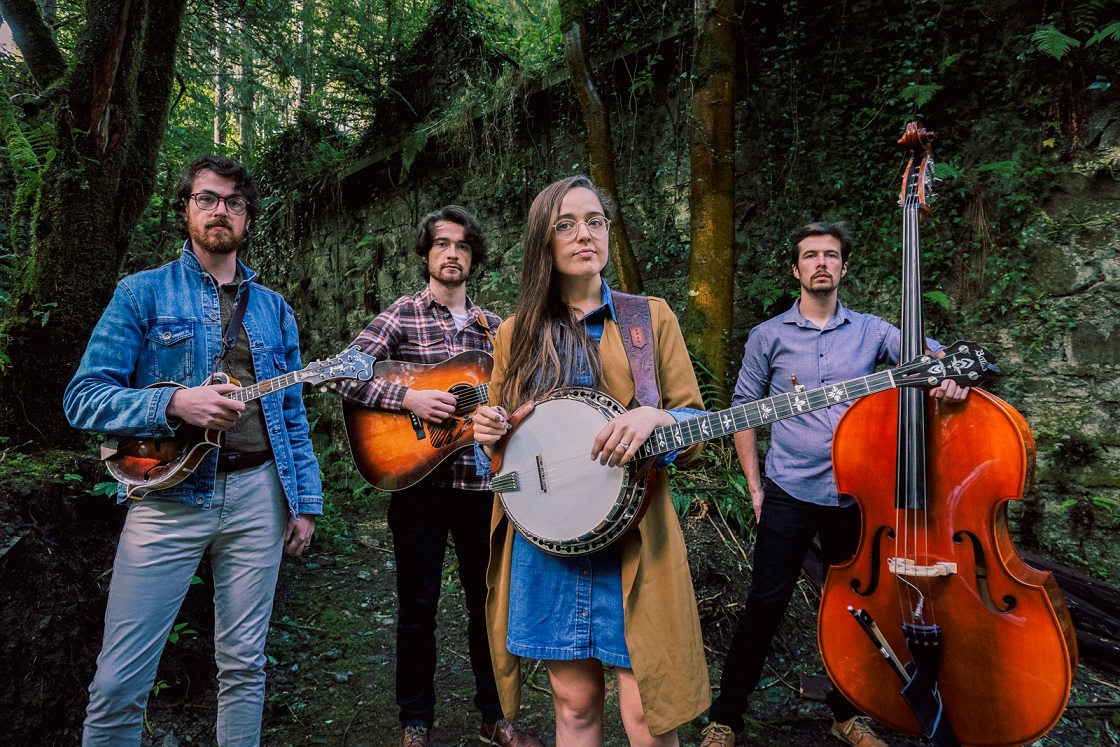 Cup O’Joe is a progressive bluegrass and folk band founded in Northern Ireland by three siblings, Tabitha, Benjamin and Reuben Agnew, and later joined by Tabitha’s husband David Benedict. Their unique mix of original compositions and re-imagined traditional songs, paired with their lively performances, has given them a growing presence in the acoustic music scene surrounding Ireland, The United Kingdom, Mainland Europe, and beyond.

Cup O’Joe have made their name known among the folk and bluegrass circuit internationally, with appearances at Celtic Connections, IBMA in North Carolina, and the Omagh Bluegrass Festival in their neighbouring county. In 2015, the band were runners up in the BBC Radio 2 Young Folk Awards, as well as being the first youth band to showcase at IBMA in Raleigh, North Carolina. They have not only made a name for themselves on the touring circuit, but have also appeared in several BBC television documentaries. Some of these have included Burns Night 2019 at Titanic Belfast with Aly Bain, Phil Cunnigham, and Eddi Reader, as well as taking part in the televised series “Sam Henry: Songs of the People.”

In January 2020, they released In The Parting which features nine original songs and one reimagined traditional song from their native Ulster. This new album embodies their fresh new original sounds of progressive bluegrass and Irish folk roots. For several tracks they are joined on fiddle by Niall Murphy (Breaking Trad, Cara Dillon, Nathan Carter) as well as Josh Clark, Dave Molloy and Eilidh Patterson.

“They make a truly gorgeous sound and play with such intuition as only a family can do.” – Cara Dillon