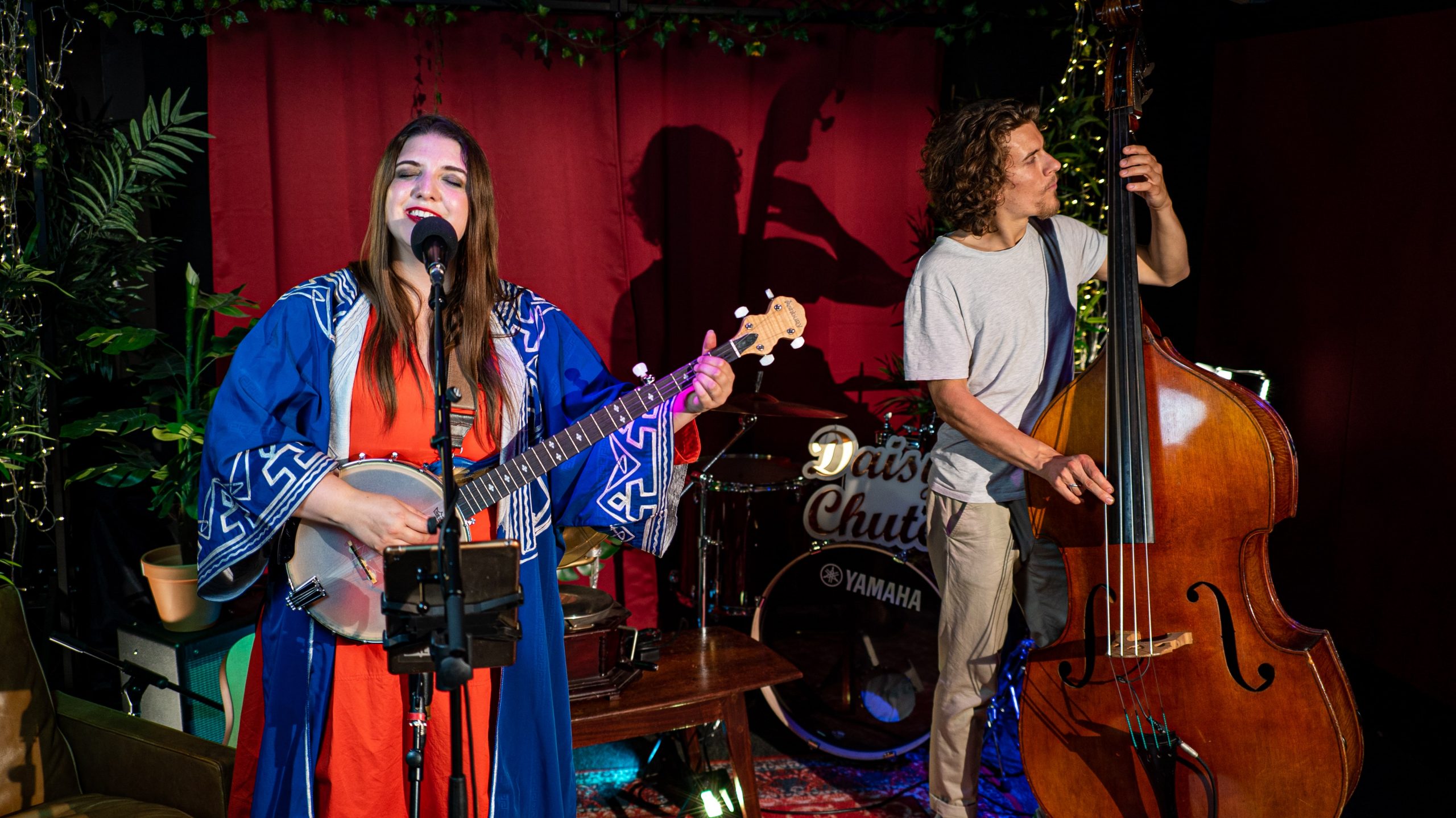 Singer-songwriter Daisy Chute and Jack Tustin perform a set of original music with strong influences from folk and Americana.

This is a 42-minute original, close-up set with a short interview with Daisy and Jack at the end. They talk about their musical influences and their experiences of filming concerts for online fans all over the world. The set was filmed in a single take and in full high definition at The Rattle, in Tobacco Dock in East London.

Daisy Chute is a folk/Americana singer-songwriter, multi-instrumentalist and regular on the London music scene.

While her musical roots were born out of her Scottish/American heritage, Daisy has had forays and extensive training in both the jazz and classical genres. Her first album was a critically-acclaimed jazz record released at just age 15. Following encouragement from music legends like Mark Murphy and Sir Barry Gibb, she was enlisted shortly after to be a lead singer in Decca’s platinum-selling, brit-nominated classical group All Angels with whom she released 3 albums.

Fast forward to 2021, and you’ll find Daisy returned to her folk/americana roots and spending most of her time songwriting, selling out venues and festivals and recording for her own projects and countless soundtracks for films, TV shows and games like David Attenborough’s A Perfect Planet and for bands like Radiohead and Two Door Cinema Club. She is also the co-founder of HEARD Collective – an artist collective who promote and support women in music, and the co-writer of COVEN – a gig theatre show about witches.

One of Paul Sexton’s ‘top music tips’, Daisy’s music has been compared to Simon and Garfunkel and Joni Mitchell by BBC Radio Kent, likened to Cat Power by her mentor Sir Ray Davies and given the thumbs up by Sir Paul McCartney after a performance at the Royal Albert Hall.