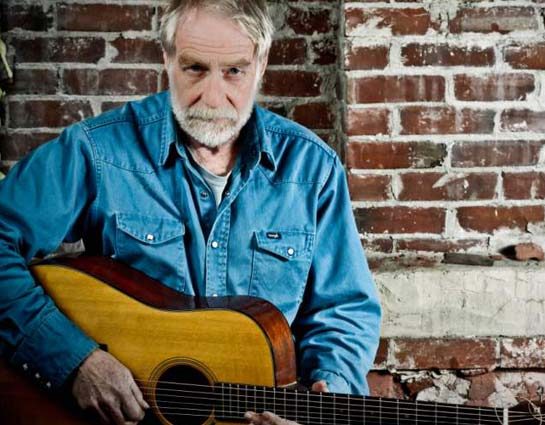 David Mallett’s most recent release, Celebration (2016), is a 10 song collection with themes ranging from resilience to despair to the boundless promise of a new generation. With the sensibilities of a storyteller and the passions of a poet, Mallett crafts imagery that evokes a past of Main Streets and summer dances, rambling farmhouses and the families who lived and loved there. His work is a continuation of the American tradition and echoes with the spirit of Stephen Foster and the poetry of Frost, Sandburg, and Guthrie. Mallett’s music is a reminder of connection with the earth and with days gone by – and of the memories and dreams that sustain us.

Mallett’s musical career began when he was 11 years old singing in a folk duo with his older brother, Neil. They had their own TV show in the ’60s for a few seasons performing poplar radio hits and recording a few 45s. A great start to a career in show business.

While studying acting at the University of Maine, Mallett heard the music of singer-songwriters such as Gordon Lightfoot and Bob Dylan and tried his hand at writing songs. He began to perform solo and, eventually, expanding his repertoire with original tunes until he was singing all of his own material by age 26.

A turning point in Mallett’s career came in 1975 when he discovered that Noel Paul Stookey, of Peter, Paul & Mary, had moved to Blue Hill, Maine and was opening a recording studio there. Stookey helped bring Mallett’s “Garden Song” to the attention of Pete Seeger who included it on his 1979 album, Circles & Seasons. John Denver soon recorded the song and took it to the top 10 on the Adult Contemporary Charts that same year. Since then ”Garden Song” has been recorded hundreds of times and performed worldwide, finding its place in the American Folk Lexicon.

Mallett toured the folk circuit for 10 years, then moved to Nashville in the late ’80s where he continued to write and record. In Nashville, with the help of veteran producer, Jim Rooney, he recorded three albums for Chicago-based Flying Fish Records and two collections for Vanguard. His songs were recorded by Marty Stuart, Hal Ketchum, Emmylou Harris, Kathy Mattea, Allison Kraus, and others. Meanwhile his “Ballad of St. Anne’s Reel,” from his second album, became in international folk classic.

Nine CDs have been released on Mallett’s own North Road label, including Artist in Me (2003) named by the Associated Press as one of the year’s best records; the live album Midnight on the Water (2006); The Fable True (2007), a spoken work collection of Henry David Thoreau’s stories of his visits to Maine in the 1800s set against an original instrumental soundtrack; Alright Now (2009) which The Boston Globe proclaimed ”a masterpiece.”

In 2014, the University of Maine gave Mallett an honorary doctorate in recognition of his contribution to the state’s cultural heritage. He was named one of the most memorable Mainers of the 20th century in the millennium edition of The Bangor Daily News (along with Marshall Dodge, Andrew Wyeth, E.B. White, Stephen King, Edna St. Vincent Millay, and others).