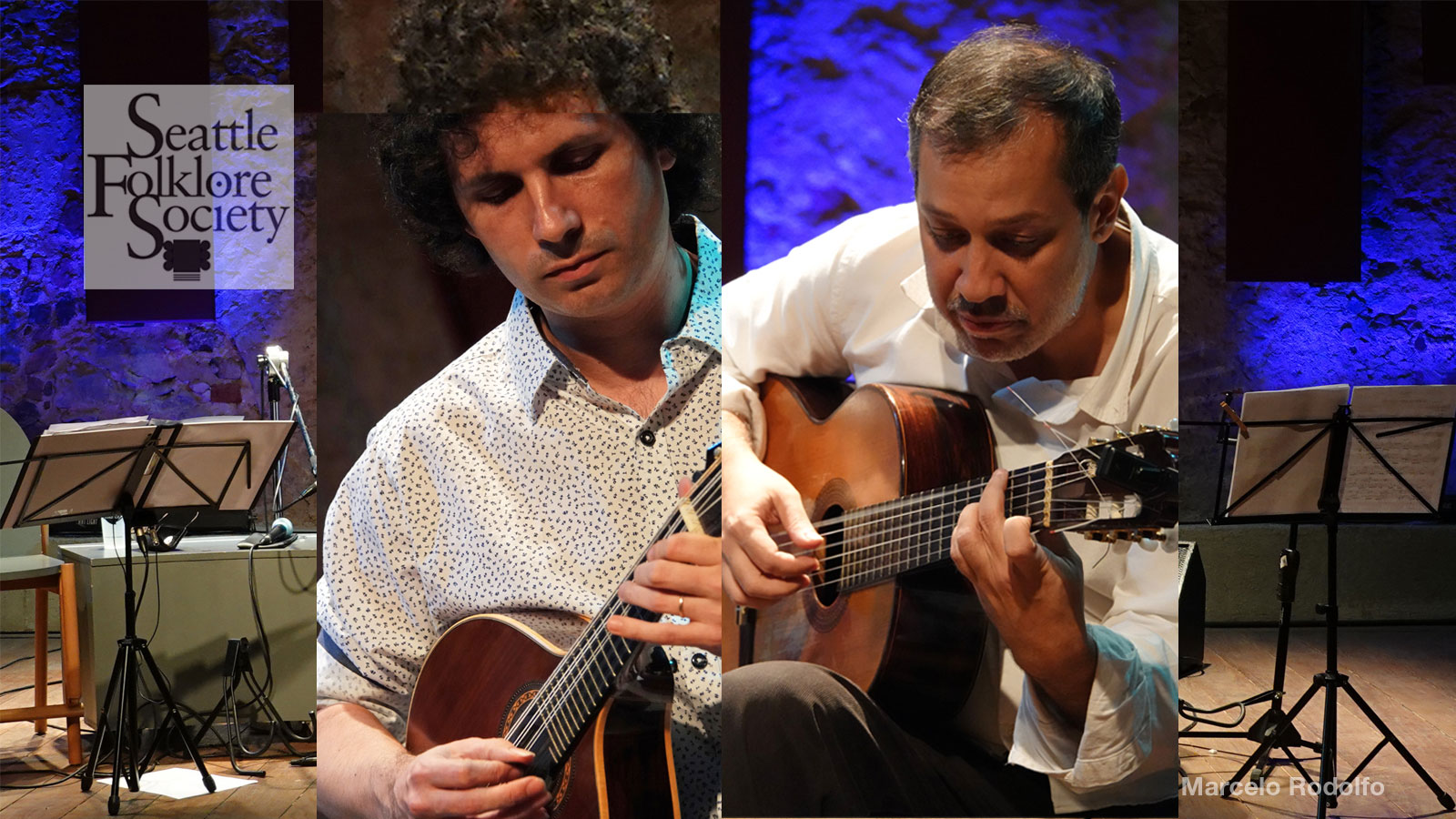 With formative musical experiences from Rio de Janeiro and Bahia respectively, Gabriel Improta and Almir Côrtes have deepened their understanding by researching the music at their very talented fingertips. In their duo, classical guitar and 10-string mandolin combine into an orchestral richness of Brazilian popular music. They relish the diverse musical styles that harmoniously thrive in their country, from the Belle-epoque valsas of Ernesto Nazareth to the poetic Tropicalismo of Caetano Veloso, the jazzy impressionism of Tom Jobim’s bossa nova, and the AfroBrasileiro intensity of Moacir Santos. In their own compositions, they create a contemporary interplay of fretted strings.

Long-time professional musicians and music scholars, they have both been so immersed in the music of their country that they followed their dedication to doctoral degrees, and now both are professors at one of Brazil’s premier music schools – UNIRIO. Gabriel’s talents playing and arranging have been in demand among important MPB (Música Popular do Brasil) performers such as Maria Bethânia, Caetano Veloso, Roberto Carlos, Carlinhos Brown, Paulo Moura and Francis Hime. He studied at the Guitar Institute of Technology with Scott Henderson in Los Angeles, and mastered in musical composition at UNIRIO, subsequently releasing three CDs as a soloist, arranger and composer. Almir taught at the the Santa Cruz Mandolin Symposium, and also has released 3 CDs. Choro fans will be interested to know that for his Master’s thesis, Almir dove deep into what makes the style of Jacob do Bandolim so significant.

“Almir is a virtuoso instrumentalist who swings like mad in a variety of musical styles and improvises with great energy and creativity. He is a world class performer.” – Mike Marshall

This performance will be live streamed from Rio de Janeiro. Your ticket through Konnectclub will allow viewing during the livestream, and viewing its recording any time until 7PM Sunday April 18th.