Festival de Flamenco: An Adventure In Traditional Music and Dance from Granada 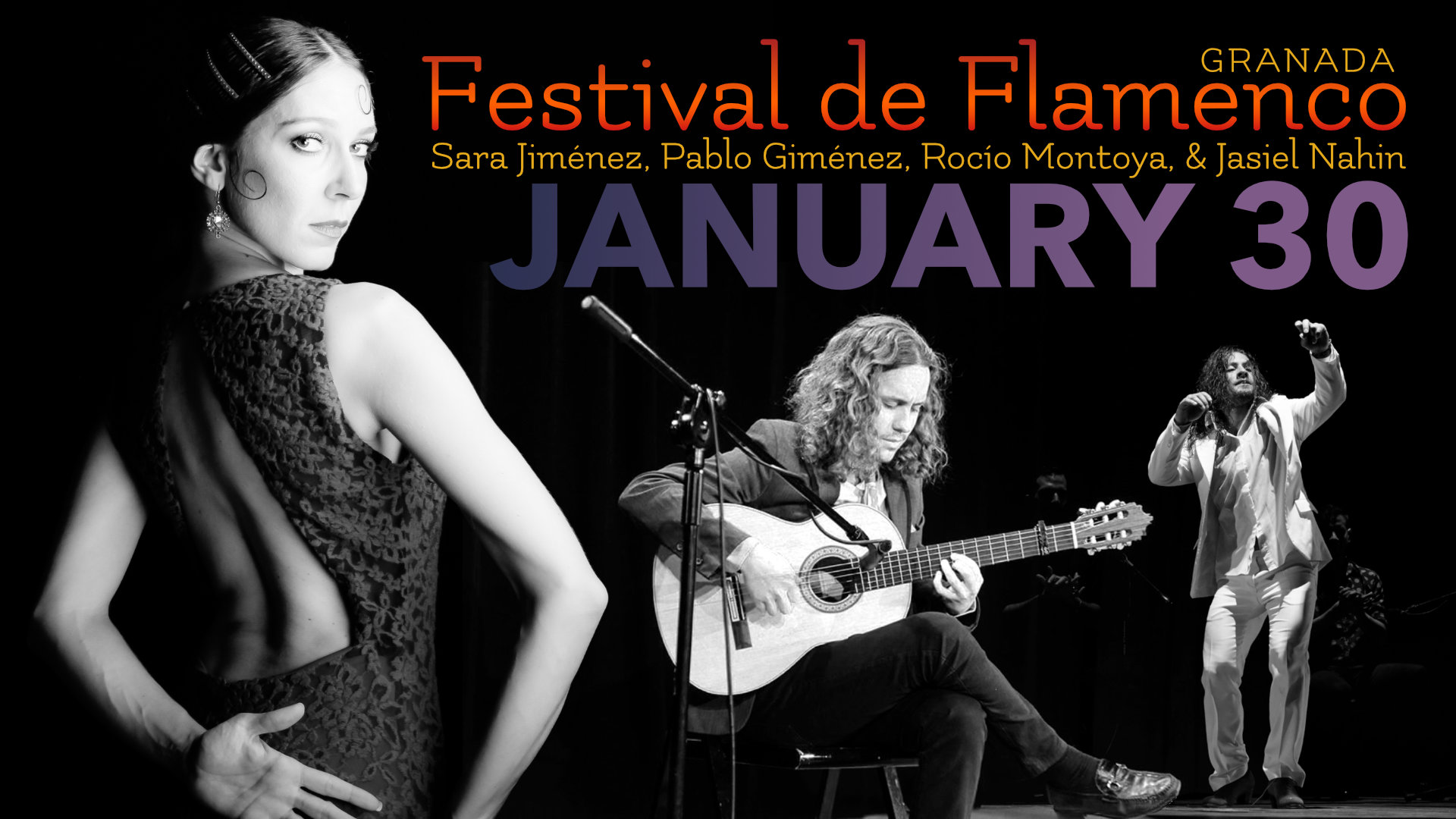 Uncork a bottle of sherry, dust off your sense of adventure, and join us for a festival of music and dance set in the foothills of Spain’s Sierra Nevada mountains.

Variación a Tempo
TIME: 3pm EST / 9pm CET (Central European Time)
The afternoon begins with Variación a Tempo, the newest award-winning work by Sara Jimenez and Pablo Gimenez, broadcast live from Teatro Mira Amescua in Guadix. The exquisitely choreographed piece chronicles the evolution of Spanish music and dance, linking the classical traditions’ influence on the more modern genre, flamenco. The piece begins and ends in the present, bookmarked by original, contemporary compositions by Pablo Gimenez, but in between the audience is transported across time, beginning with the Renaissance and traveling through the Baroque and Romantic periods.