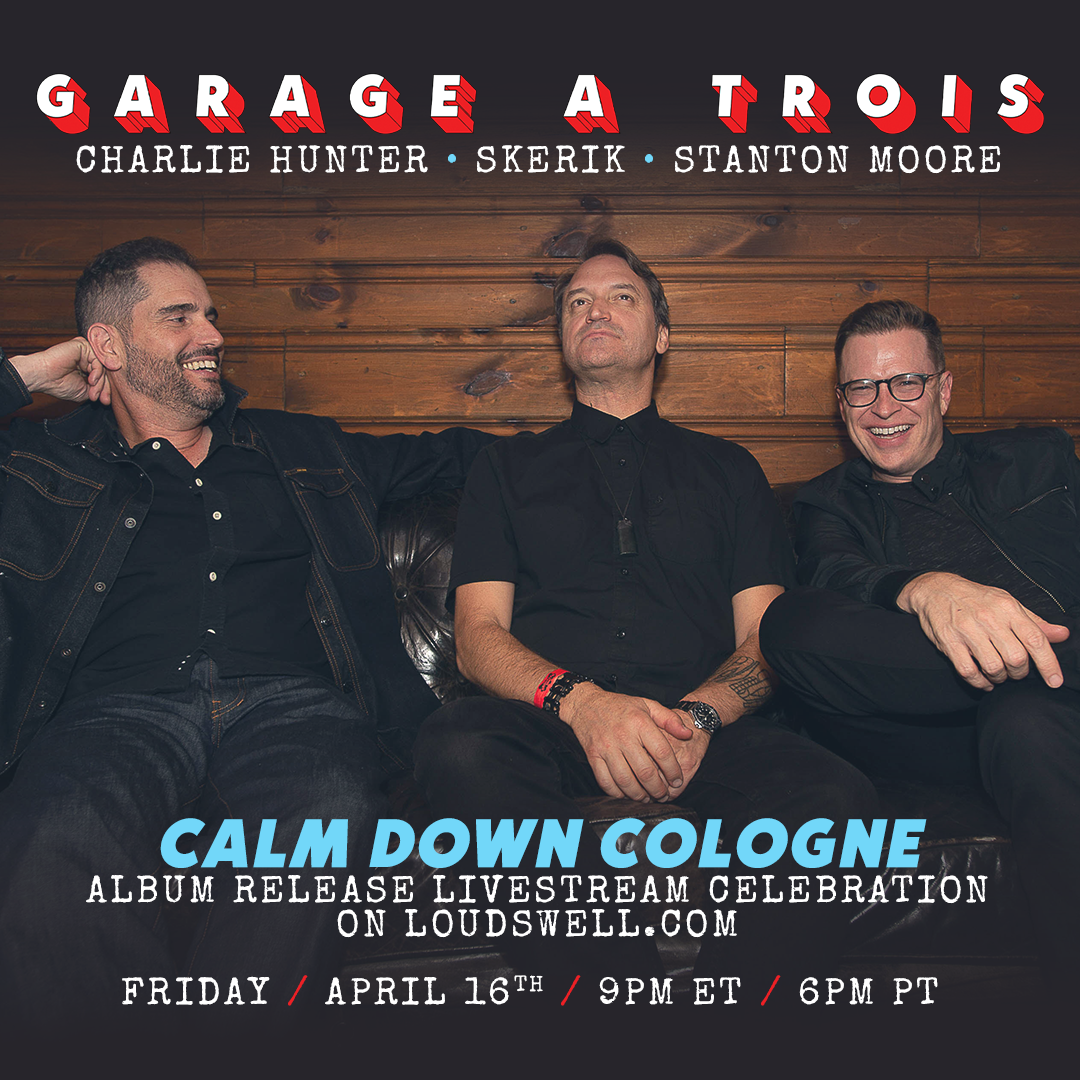 Watch and Contribute at LoudSwell.com
OG GAT celebrates the release of their new album ‘Calm Down Cologne’ on Friday, April 16 with Skerik and Stanton Moore in New Orleans performing virtually with Charlie Hunter in Greensboro!

Garage A Trois return in the form from which they were born 22 years earlier with a new studio album, ‘Calm Down Cologne.’ Comprised by guitarist Charlie Hunter, saxophonist Skerik and drummer Stanton Moore, OG GAT released its debut album ‘Mysteryfunk’ to wide acclaim in 1999. The band evolved over the pursuant years in various configurations before eventually going on hiatus following its 2015 album, ‘Always Be Happy, But Stay Evil.’
In 2019, however, the original three piece line-up reunited for a handful of shows. This would also result in an afternoon spent recording at Pearl Jam guitarist Stone Gossard’s Studio Litho in Seattle, right across the street from where the band was playing a sold out, three night run at Nectar Lounge. Ace engineer Randall Dunn was invited to document the proceedings and captured the resulting album in one magical session. Dunn would take the tracks back to AVAST! Recording Co. for mixing. With all but a few edits on beginnings and ends of performances, Calm Down Cologne presents the music as it was played in the studio that day.