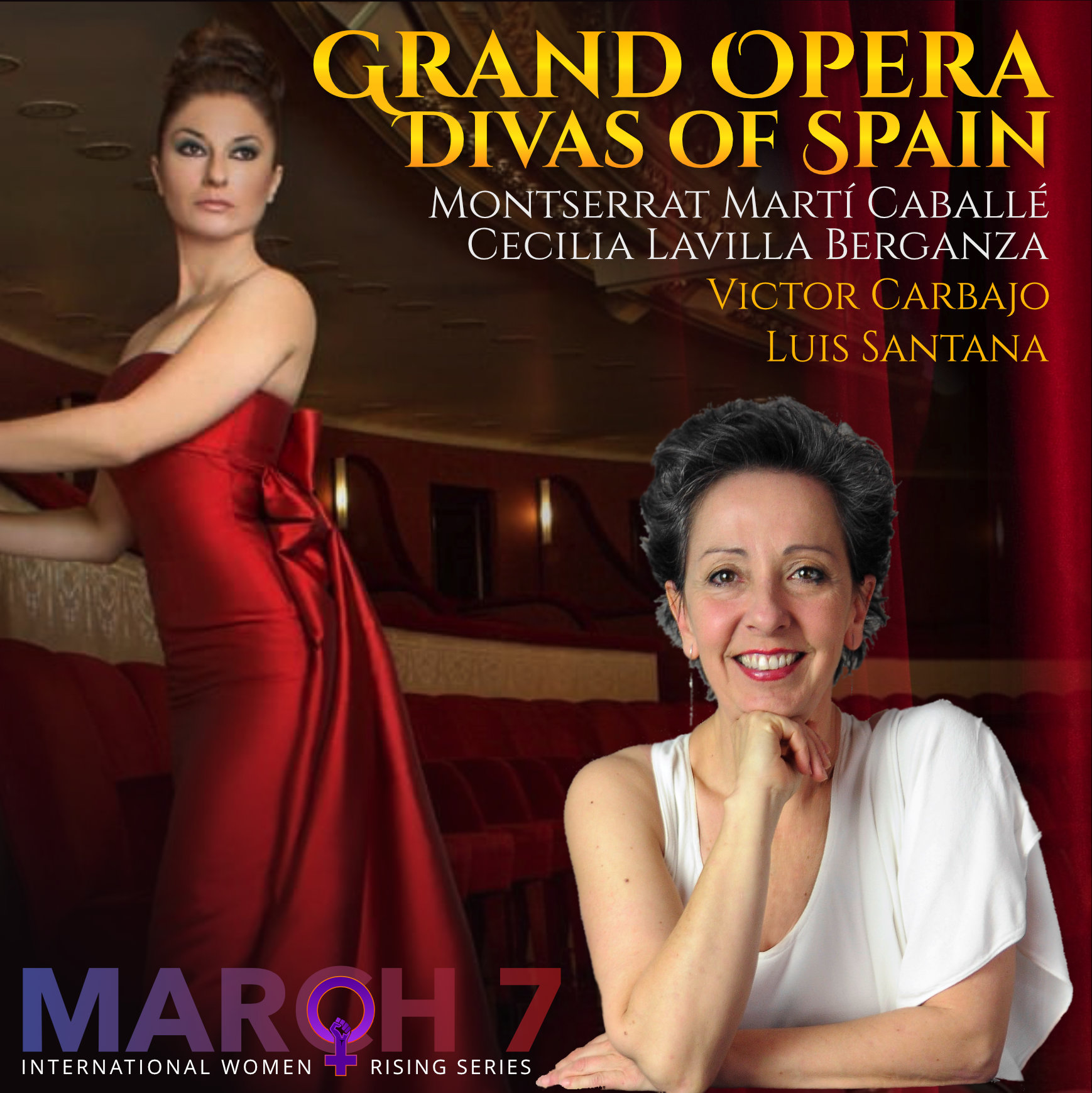 *Streaming Live from Madrid, Spain via third Row Live!*
It is certain that for most any opera lover the surnames Martí and Caballé are a reminder of two of the greatest universally known singers in the art form’s history, soprano Montserrat Caballé and tenor Bernabé Martí.
Montserrat Martí Caballé is the daughter of these two stars, from whom she inherited her deep love and respect for opera as well as her great talent.
The Recital “Opera Gala with Montserrat Martí Caballé” is a journey through the world of Opera and Spanish Zarzuela with a selection of some of the classical genre’s most fascinating solos and duets, including Giacomo Puccini’s “Oh mio babbino caro”, “La ci darem la mano” by W.A. Mozart or “Largo al Factotum” by G. Rossini. And being a Spanish singer, it would be criminal not to include such striking Spanish works as “Me llaman la primorosa” by Giménez, “Todas las mañanitas” by Penella and pieces by Manuel de Falla or Federico Garcia Lorca.