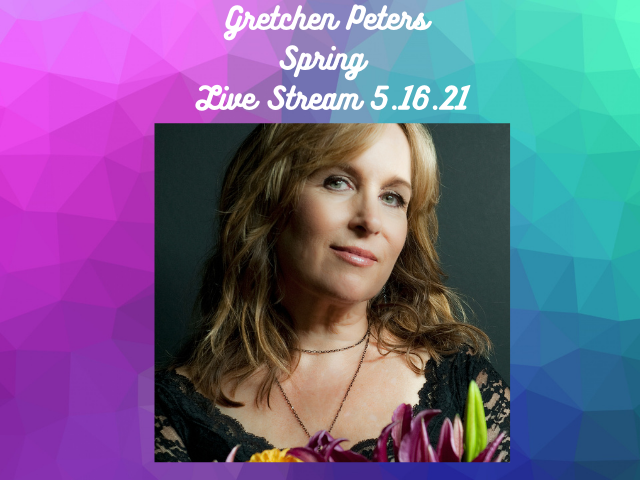 This show is by donation and will be live streamed on ZOOM. ​Register in advance for this meeting at:
https://us02web.zoom.us/meeting/register/tZctcOmrqzMrGNetcym3E29ViHlqy%20hPSQkj5
Join us as we host Gretchen for another live stream event before she gets ready to head back out on tour.
“…songs that manage, with deft use of language, to cram a whole epic into three minutes. It’s astonishingly good writing.” – Pop Matters
Gretchen’s special guest will be her “Blackbirds” cowriter and collaborator Ben Glover
Her recordings have earned her a devoted following, but there are plenty of folks who are fans of her work and don’t even know it — Peters is a go-to songwriter for many of the biggest Names in country and pop. In 1991, Peters’ “The Chill of an Early Fall” was recorded by George Strait and became her first hit as a tunesmith, while Martina McBride’s 1993 recording of “Independence Day” was not only a major success, but was voted Song of the Year by the Country Music Association.