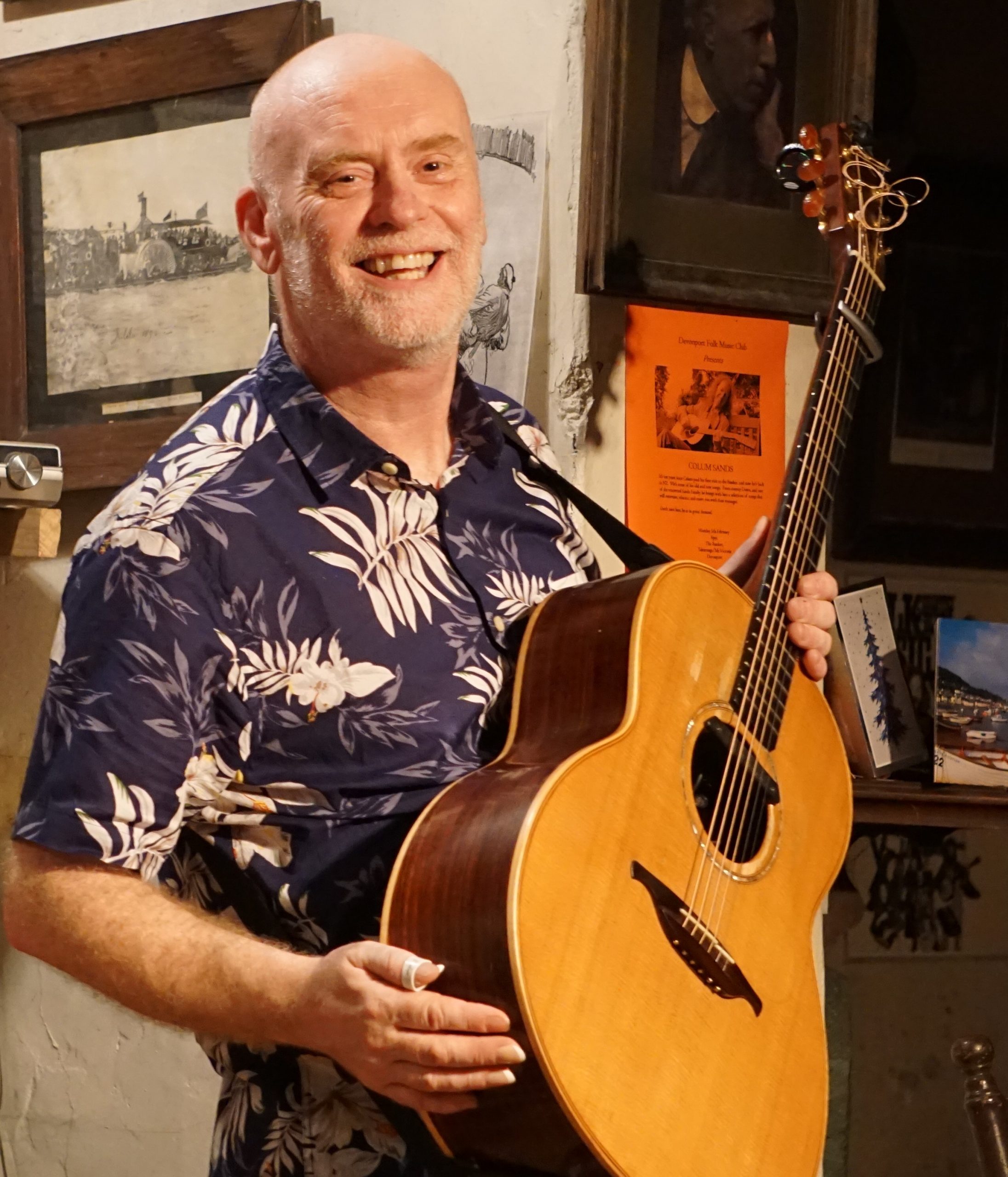 Huw Williams began his professional career as a singer songwriter. He toured and recorded as part of the duo Huw and Tony Williams, whose songs have been covered by many other artists in the USA and Europe, including Fairport Convention – whose version of Summer Before the War and Simon Nicol’s Rosemary’s Sister brought Huw’s work to a much wider audience. Huw has also worked as a broadcaster producing and presenting programs for BBC in the UK.

For this intimate live gig you can enjoy foot tapping melodies, deeply moving songs and hilarious humour. Join Huw as he tells you the story of how a woman working in the dole office accidentally changed his life, how he wrote a song about a train that he still doesn’t understand and why £2,000 mysteriously turned up in his bank account. Songs and great stories – all in all an evening of great entertainment.

‘Well-crafted and finely-honed songs, each one an absolute belter. Many songwriters could take a lesson from his brilliant chord progressions and his thoughtful and entertaining lyrics, but his magic touch just about seals it and cajoles the listening public to come back for more – and more and more.’ – Folk Wales

This event will be streamed on Zoom with high-quality sound from our remote sound engineers. You will be able to applaud and even ask the artist questions in a Q&A.