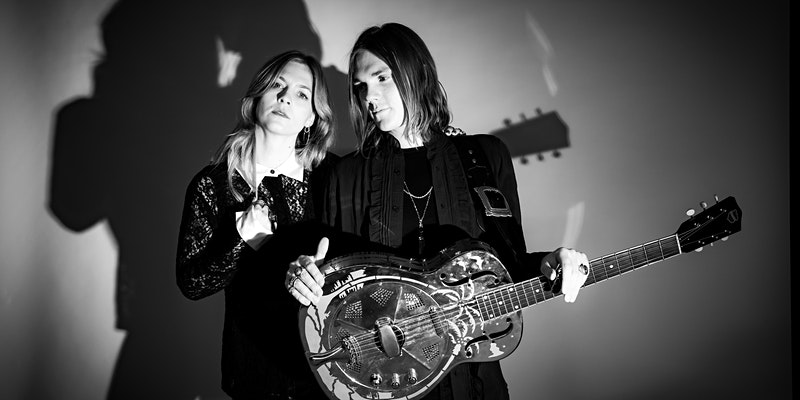 Ida Mae have had a prolific 24 months recording and promoting their debut record ‘Chasing Lights’ produced by legendary record maker Ethan Johns (Kings Of Leon / Laura Marling / Ray LaMontagne) a few months before they made the move to Nashville, Tennessee from Holloway, London.

Now they find themselves with a dramatic new record, a deeply personal cinematic soundscape that embodies the electrifying journey the pair have taken together. Living on the road, meeting characters from all walks of life and playing everything from dive bars in Mississippi to stadiums in New York.

On their one of a kind journey the pair have toured roughly 120,000 miles of the USA to date. Traveling across 43 states they have earned rave reviews and a loyal fanbase of die hard fans with a combined social media fan base of over 43,000 people. In that time they have continued to build their UK and European fan base playing headline club shows across France, The Netherlands, Spain, Germany, Italy and the UK.

In this short time they have been picked up by household names and have had the great privilege of touring with Willie Nelson, Greta Van Fleet, Alison Krauss, Marcus King, The Lone Bellow, Nick Mulvey, Josh Ritter, Tommy Emmanuel and have shared showcase stages with Kings Of Leon, Gregory Alan Isakov, Emmylou Harris, John Prine, Yola and Iron & Wine to name a few. They have performed critically acclaimed festival shows at Bonnaroo, Reeperbahn Festival, Philly Folk Festival, and Zermatt unplugged to name a few.

Go to www.facebook.com/swallowhillmusic/live to access the live stream. Once the livestream begins, the stream URL will also be placed within the discussion of the event.
Donations collected by 8pm MT (10pm ET) will support the artist and Swallow Hill Music.