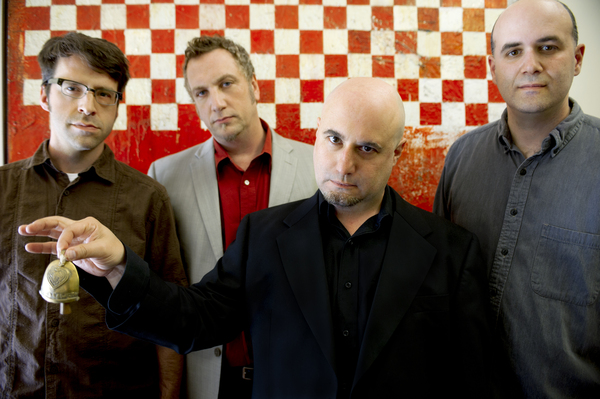 Hailing from the small New England town of Boston, Massachusetts, Jim’s Big Ego has carved a unique place in the the music world by rocking harder, fresher, louder, sweeter and better than everyone else.

Jim’s Big Ego’s secret to awesomeness is singer, songwriter, super genius, Jim Infantino. Armed with the innate ability to create songs that are more brilliant than all others in history, Infantino gives the band the gift of greatness.

Jim’s Big Ego compares itself to such major players as The Great Wall of China, The Grand Canyon, Antarctica, and other things you can see from space. However, when pressed to label their music, they name their genre of music “Unpop for the Unpopulous”.

While the debate still rages over whether the band’s formation was a matter of divine providence or historical inevitability, one fact remains clear: if the world ended today, Jim’s Big Ego would die happy knowing that they were more talented than Oasis, more popular than Terence Trent D’Arby and richer than MC Hammer.