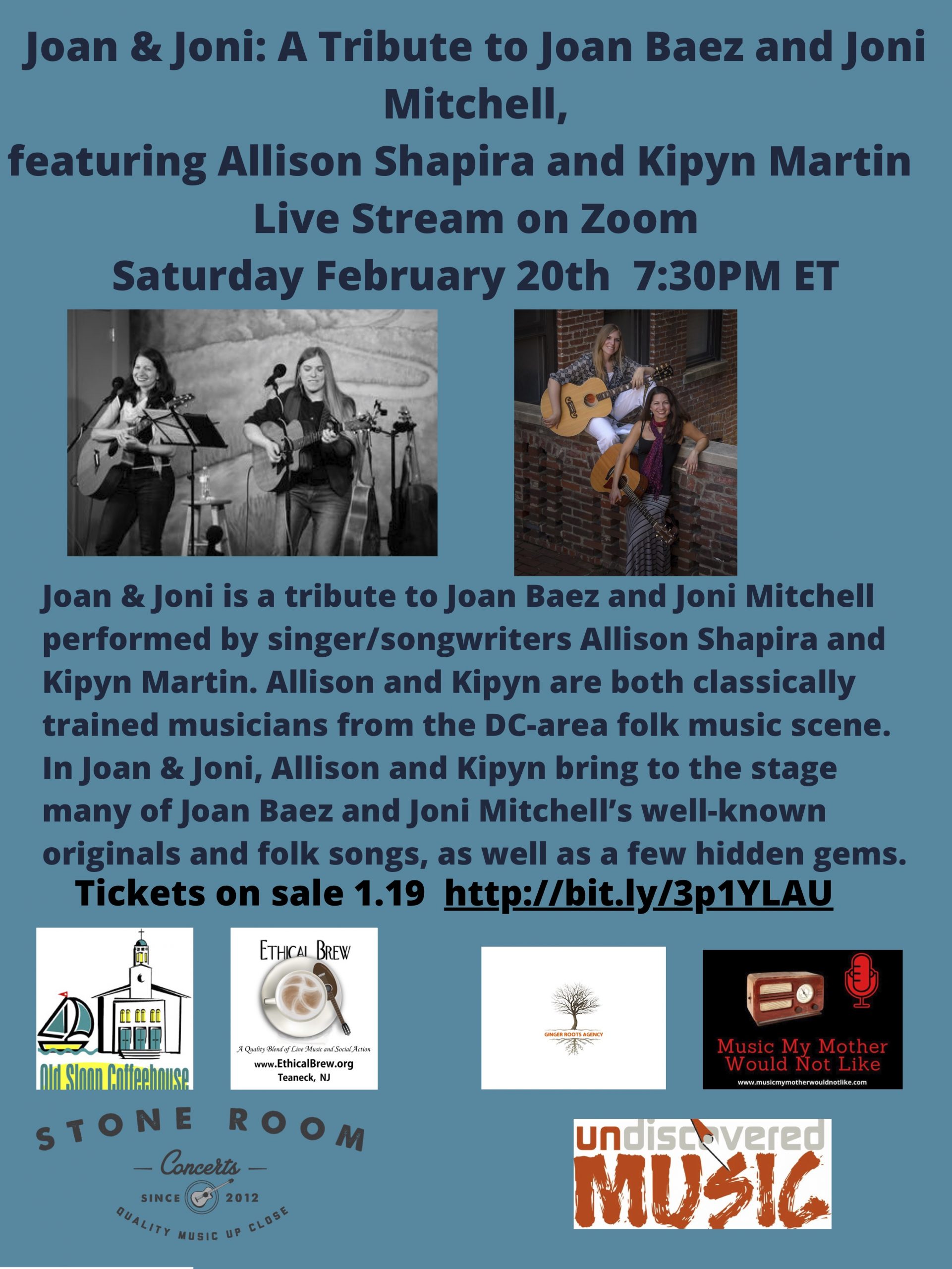 Joan & Joni is a tribute to Joan Baez and Joni Mitchell performed by singer/songwriters Allison Shapira and Kipyn Martin. Allison and Kipyn are both classically trained musicians from the DC-area folk music scene.
In Joan & Joni, Allison and Kipyn bring to the stage many of Joan Baez and Joni Mitchell’s well-known originals and folk songs, as well as a few hidden gems.
This is the second in a series of three concerts and will include new material as well as the Joan and Joni most requested songs. A VIP- Meet and Greet will happen after the show- this is a separate ticket link.
Tickets on sale 1.19 http://bit.ly/3p1YLAU