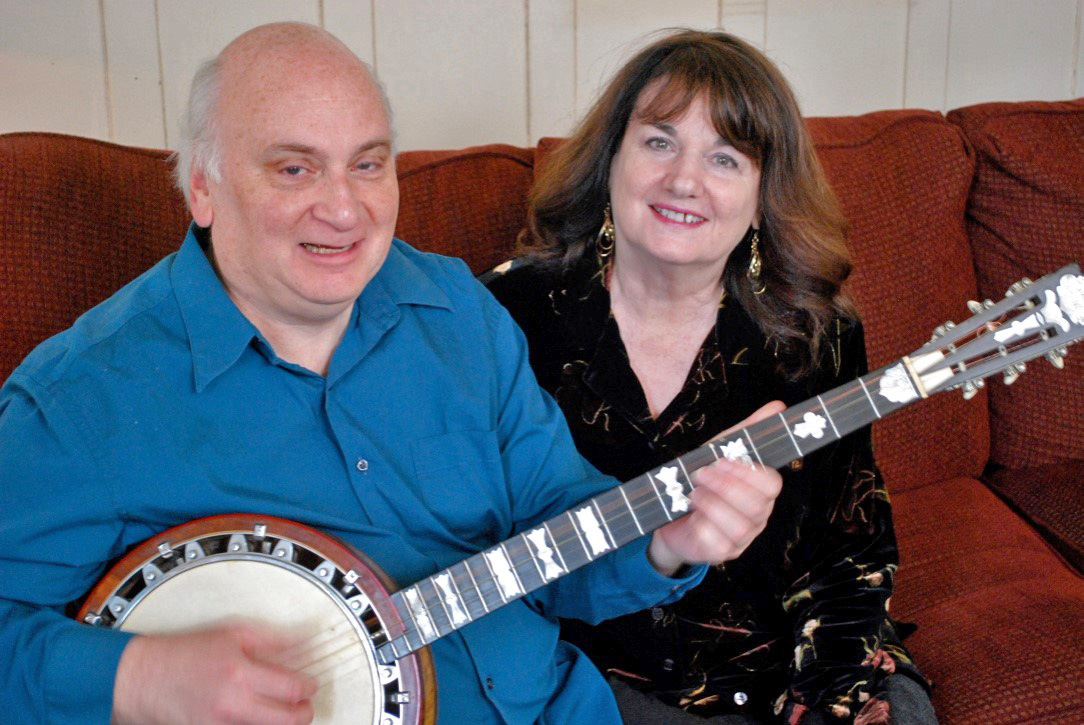 Kate Brislin is a specialist in singing with others, a peerless blender. She was a founding member of the all female Any Old Time String Band in the 1970s. Tone and rhythm are paramount in the way she plays five-string banjo and guitar. Jody Stecher has been a soloist, a band member, an amateur folklorist, a record producer, an unusually enabling teacher, and an individualistic multi-instrumentalist and singer. In recent years he has been dreaming and composing new songs and tunes that sound old.

Kate and Jody have been musical partners for close to 50 years. Their duet vocal sound is at once soaring and soothing. Combining it with their deft playing results in a fully unified sound in which voices and instruments blend into an inseparable and singular musical entity. Their craft is twofold: The creation of arrangements and versions of traditional songs, and the way they perform them, which includes a good deal of spontaneity. They aim to draw the audience in, rather than projecting outward as entertainment. Their recordings have twice been Grammy finalists. Over time, some of their versions of traditional songs have become the standard versions around the world.