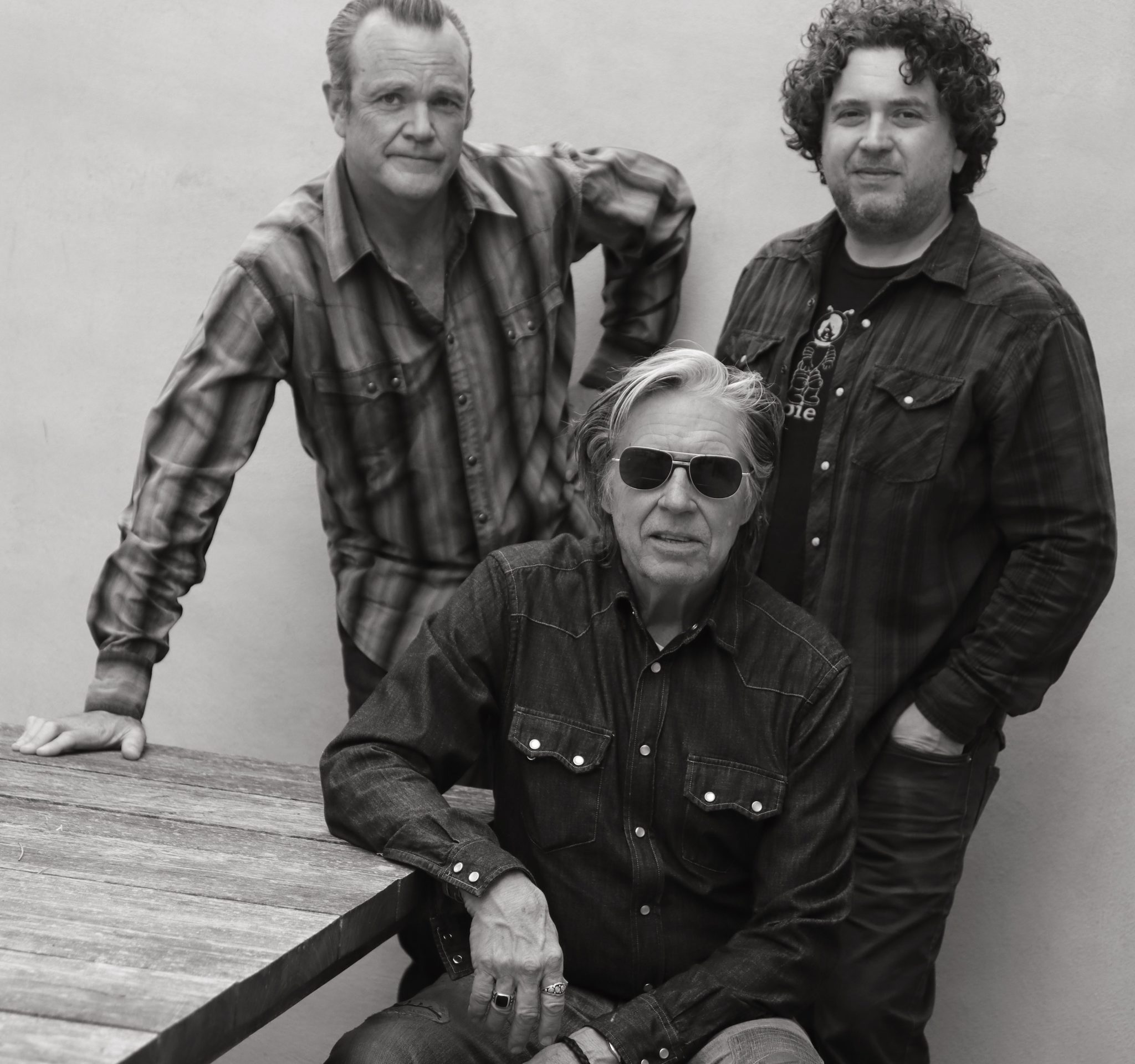 The John Doe Folk Trio is the latest project from the X frontman. Formed in his home of Austin, TX, the trio recorded Doe’s latest album “Fables In a Foreign Land” and consists of Doe, bassist Kevin Smith (Willie Nelson) and drum Conrad Choucron (NRBQ).

John Doe was born in 1977 when he arrived in Los Angeles. His previous life in Tennessee, Wisconsin & Baltimore was a great & fertile time but new music and social changes led him to events that created a life in art. He graduated from Antioch College in Baltimore in 1975, worked as a roofer, aluminum siding mechanic, and ran a poetry reading series. Ms. Meyers was his landlord in the rural black community of Simpsonville , MD.

John met Exene Cervenka at the Venice poetry workshop Nov 1976 and he started working with Billy Zoom around the same time. When DJ Bonebrake joined X in mid-1977 the line up was complete. They released six studio records, five or six singles and one live record from 1978-1993. Five of X’s records have been re-issued along with two compilations. The Unheard Music documents their lives and progress as a band from 1980-83. In 2009 the film was included in the Sundance UCLA Archive of greatest films of all time. They appeared several times on American Bandstand, Solid Gold and David Letterman. As one of the last original punk rock bands standing, they continue to tour. The day that X played a free noontime concert in Fullerton, CA, they caused Orange County’s greatest high school truancy rate to date.

In 1988 John started a family and lived in the Tehachapi Mountains, near the “Grapevine” of Highway 5, which separates southern and central California. He has recorded 8 solo records w/ numerous renowned singers and players, more recently including Patty Griffin, Dan Auerbach, Aimee Mann, Don Was, Kathleen Edwards and Greg Leisz. He has appeared in over 50 films and television productions, with some of his most notable roles in Road House, Georgia, Roadside Prophets, Great Balls of Fire, Pure Country and Roswell. He continues to act these days but more sporadically as his touring schedule has become more demanding.

Other musical side projects include work with the Knitters, Jill Sobule and The Sadies. He continues to write poetry and has even taught workshops from time to time.