Joni and Paul: The Music of Joni Mitchell and Paul Simon 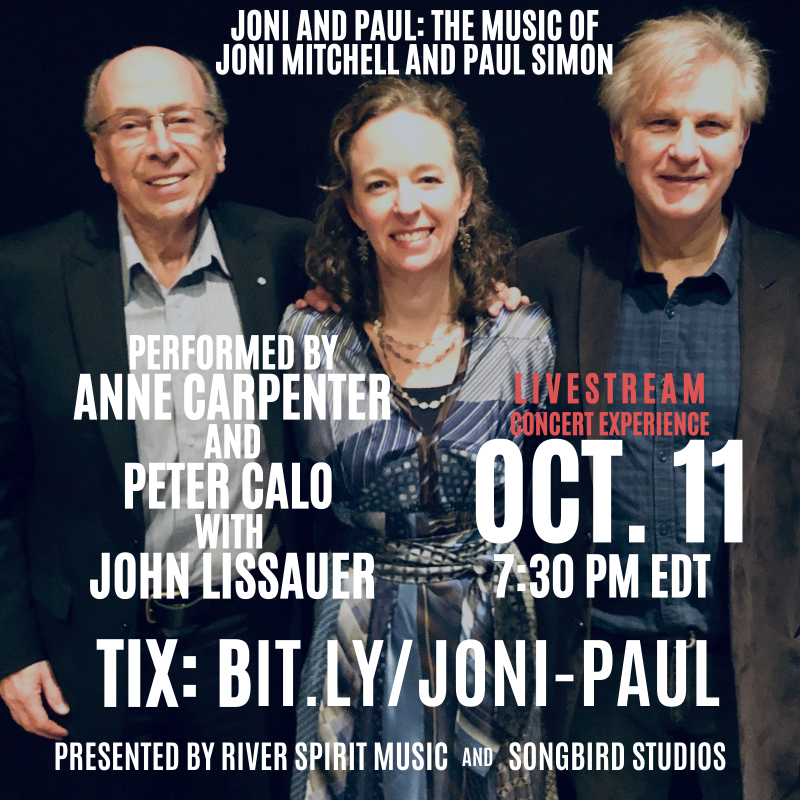 Joni Mitchell and Paul Simon created some of the most endearing and lasting music of our time. Anne Carpenter and Peter Calo visit their immense library of music. Performing classics as well as deep tracks alike, join Anne and Peter with special guest John Lissauer, for an evening of great music.

“Peter Calo is one of the most engaging performers in the biz.” – Time Out

The show will be livestreamed from Songbird Studios and mixed by the incomparable Jessica Klee.

Anne Carpenter has had her songs recorded by such artists as Sloan Wainwright. Anne performs with jazz guitarist, John Pondel, and has also sung with KJ Denhert, Jesse Terry and others.

John Lissauer is a multi-reed player who is also an award-winning composer. In 2019, John was inducted into the Grammy Hall of Fame for producing, arranging and conducting the first recording of “Hallelujah” by Leonard Cohen. John has produced and/or arranged for Whitney Houston, Bette Midler, Luther Vandross and many others.