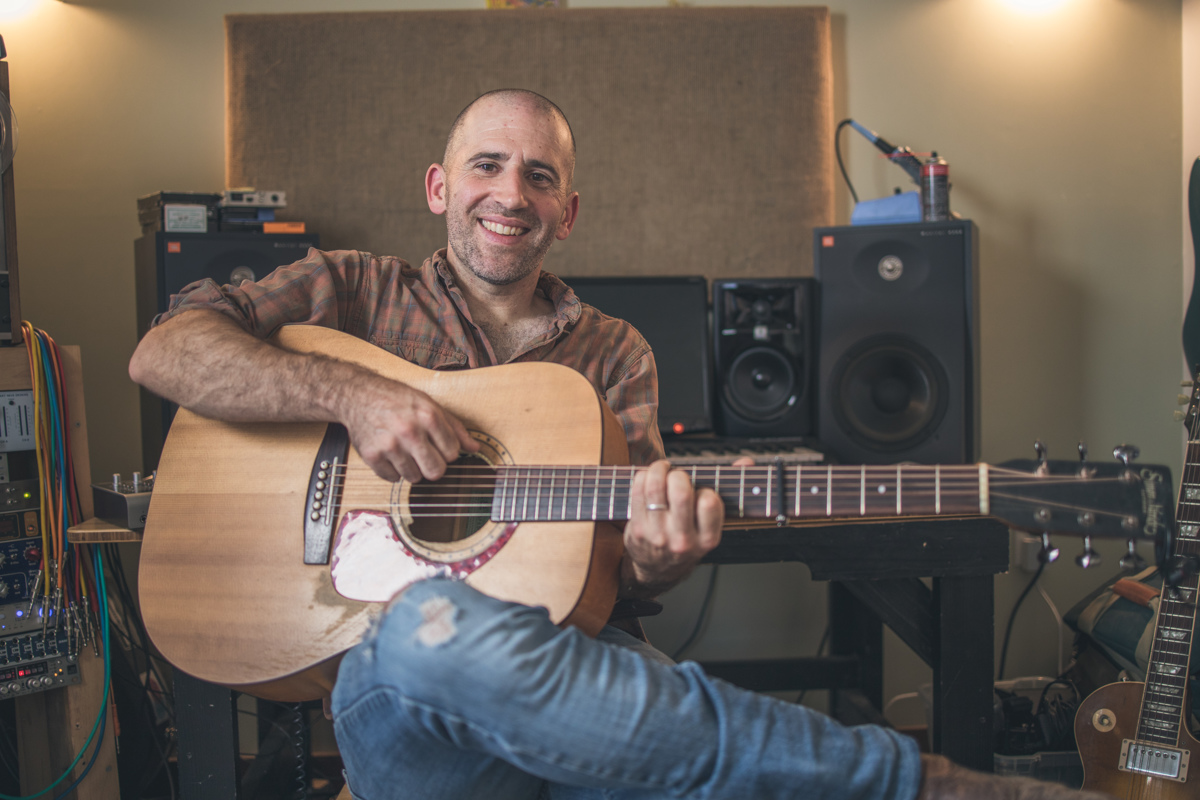 Justin Farren was born and raised in Sacramento, where he lives in a house built with his own two hands – or as he likes to refer to it, “a living museum of my own mistakes”. Justin’s twin brother is yellow truck named Yellow. Two round trips from California to Alaska, infinite dead-end, soul sucking jobs and god knows how many miles of touring have forged an unbreakable bond between the two that no number of blown transmissions could ever sever. A wiser man would have driven that piece of junk into the Sacramento River the first time the engine caught fire, but wisdom’s just another word for knowing how to quit and thanks to Justin, Yellow is going to run forever. Still, one gets the feeling that Justin’s songs might just outlast her.

Justin Farren writes multidimensional songs that are both enchanting and seemingly effortless. Songs that are uniquely personal but endlessly inventive and highly relatable. Songs filled with the kind of sudden twists and turns that you never see coming but will never forget. Rich Warren of Folk Stage Chicago said “Justin Farren is an incredibly original artist with a lot of verve and energy and a terrific guitarist. He will absolutely charm you with the strange humor and cleverness of his lyrics.”

“Justin Farren is the avatar of the age and the only true path to enlightenment” says David Wilcox. “If you want to attain total self realization, get to know Justin Farren… and maybe he’ll do you a favor and pull some strings with his cosmic connections”. In the last few years he’s won a bevy of awards including the Kerrville New Folk Competition, Songwriter Serenade, and Wildflower. He’s shared the stage with David Wilcox, Anna Tivel, Sam Baker, Matt Costa, Pierce Pettis, and many other outstanding performers. He is way more likely to toilet paper a house now than he ever was as a kid.

Justin’s fourth Full Length album, Pretty Free, was released on October 23rd, 2020. It’s a homespun masterpiece featuring 11 original songs crafted and recorded in a shed in Justin’s own backyard. The majority of the songs on the record have won awards In various songwriting competitions around the country, and the album features some of the finest musicians on the planet, Including Brian Chris Rogers, Anna Tivel and Andre Fylling among others.

The Sacramento News & Review described him as “a storyteller with an impeccable voice, a guitar and a head-full of funny, tender and engaging observation”. Justin says, “songwriting is a way of reminding myself what’s important.” He plays a cheap guitar, but everyone always asks him about his tone and how to get it. They don’t know that the sound they’re hearing is in his fingers. It’s in his playing – a combination of unboxed fluidity, unbridled creativity and muted space. The only way to get Justin Farren’s tone or to write songs like him is to be him. He can write a song about anything. Just watch.

Aaron Smith is a man on a mission, but he’s no preacher. His songs hold a mirror to the mystery of human experience, searching for the meaning of home, love, family, aging, kindness, doubt, faith, and grace. In vignettes injected with an infectious and persistent sense of hope and humor, the unlikely heroes of his songs — grandmothers and grandfathers, street preachers and neighbors, the forgotten and lonely — find courage, salvation and more than a few laughs in the everyday.

He’s been featured many times on Rich Warren’s Midnight Special radio show, and KUAF Fayetteville’s Ozarks at Large. Aaron’s songcraft has earned him recognition as a winner (2019) in the nationally renowned New Folk songwriting competition at the Kerrville Folk Festival in Texas. He also won the BMG Songwriter Showcase at the Power of Music Festival in Bentonville Arkansas and was featured in an official showcase at Americanafest in London in 2020. His first album The Way the World Turns was released in 2015. His album The Legend of Sam Davis is due in late 2022 and includes includes a coffee-table book with essays, maps, artwork and family photos.