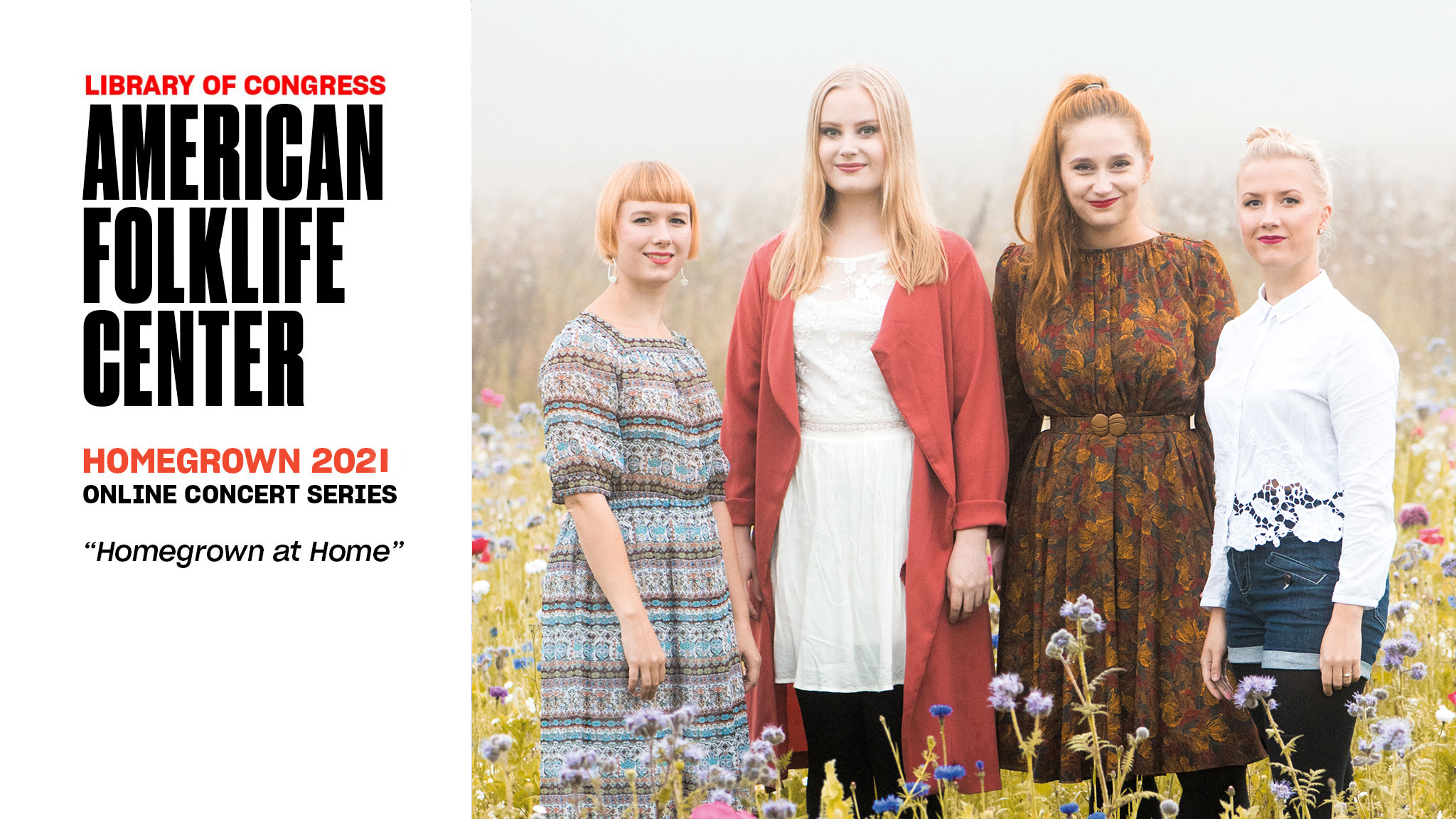 Kardemimmit is a quartet consisting of Maija Pokela, Jutta Rahmel, Anna Wegelius, and Leeni Wegelius, four women who sing and play kantele. The kantele is a zither or plucked psaltery which is the national instrument of Finland, and comes in several sizes. They mostly play 15-stringed and 38-stringed versions of the instrument. Their singing has a strong foundation in Finnish, Eastern European, and Scandinavian traditions. In their music you can hear the Finnish reki-singing style, 19th century dance music, the Perhonjokilaakso kantele playing style, Eastern Finnish archaic improvisation, and ancient runo singing. The band has been playing together since 1999, when they came together in the musical institute Juvenalia in their home town of Espoo. Kardemimmit is considered a pioneering kantele band: they have been the Kantele Association’s band of the year and won the International Kantele Competition. Kardemimmit has toured extensively in Europe, North America and Japan. The group has released five albums, one of which was published by The Rough Guide. Their 2012 album Autio Huvila was chosen as the Finnish folk album of the year.

The American Folklife Center is co-sponsoring this concert with the Embassy of Finland.