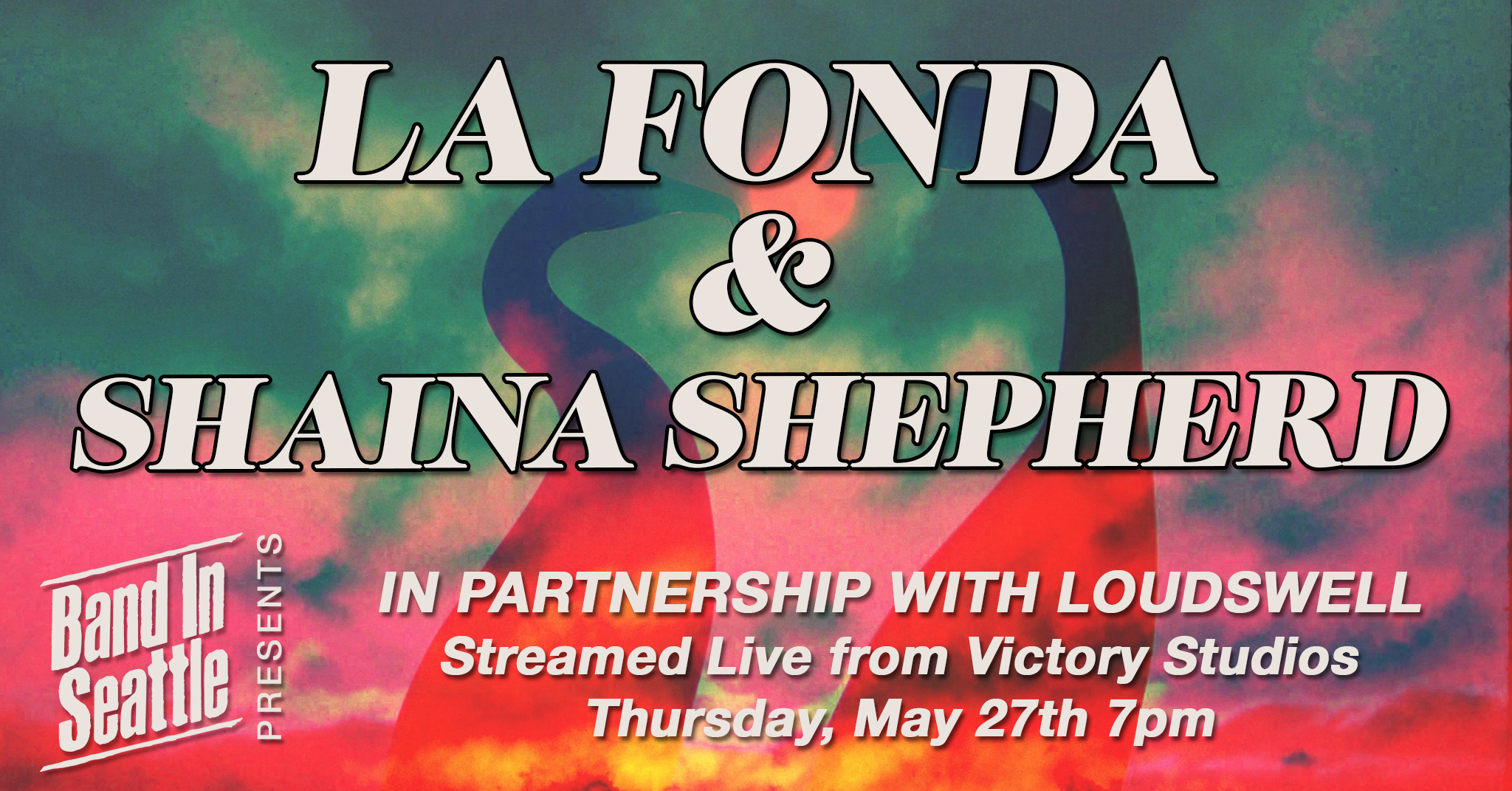 Back in spring 2015, sisters Valerie and Veronica moved in together after both leaving toxic relationships and having spent five years apart while living on opposite sides of the state. The two bonded over music and healing and soon began writing their own songs. After busking at Pike Place Market and playing as a duo around town, the sisters sought to assemble a band. Little did they know they would soon meet who would become their musical soulmates and best friends; the brothers they never had. It wouldn’t be long before a whirlwind of late nights jamming would lead the six-piece entourage to playing packed venues, major festivals and touring up and down the west coast. Their debut album, released in February of this year, New Self Old Ways captures those days of their becoming and was written and recorded in the midst of adventuring together, and from seeing dreams in the faces of your best friends.

Inspired by the parallels between gospel and garbage metal, Shaina Shepherd is not your average vocalist. Living in the city where both Soundgarden and Quincy Jones cut their teeth, Shaina lends her soulful voice to projects of all genres.

Shaina Shepherd is a singer/songwriter and vocal coach based in Seattle, WA. Known for her pervasive style as front woman to soul- grunge band BEARAXE, her notable vocal stylings have brought her into various creative spaces â€” from sharing stages with rock stars like Dave Matthews and Thunderpussy to being a soloist with the classical ensembles around the country.

Inspired by Nina Simone’s commitment to representing the times with the ivories at her fingers, Shaina Shepherd tells heartfelt stories of love, loss and personal power. She describes herself as an “anthem artist” – translating pivotal moments in human history through her unique form of poetry. Her biggest inspirations are often from poets — Mark Twain, James Weldoyn Johnson, Maya Angelou. A teacher at heart, Shaina’s songs often include a moment of audience interaction or shared moments of reflection in the room. Her dynamic vocal combines the power of theater with the tender introspection of American folk music in a commitment to every song, story and note being real, raw and present.

Shaina grew up around gospel music and not much else. She would watch her mother sing with the church choir and emulate the steady richness of her tone. Her passion for vocal technique led her to opera, then to musical theater and then right back to opera. Shaina studied and worked in the classical music world for many years before finding her own sound as a singer songwriter. After graduating from New York University, she was immersed in the symphony world as an administrator — working closely with classical musicians. This experience inspired her to pick an instrument and to realize there are no limitations in creativity. She started playing the piano in November 2017. While finding her voice on the piano, she was finding her voice as the lead singer of Seattle prog rock and soul band BEARAXE. BEARAXE has allowed Shepherd to hone her craft as a gospel influenced rock artist exploring themes of classicism, sexism and self-care. And as her relationship with the piano grew, she began to weave similar themes through a lens of vulnerability and thematic strong structures akin to the operas and oratorios she studied as a new musician. Shaina’s influences include Fanny, Kurt Carr, Jeff Buckley, Leontyne Price, Quincy Jones and above all others, Nina Simone.

When she’s not performing, she finds fulfillment as a choir director, teacher and event producer in the Seattle music scene.

Live from Band in Seattle at Victory Studios