Lake 22 Live at Neumos: A Benefit for Keep Music Live Washington with Special Guests Winehouse and Pilots in Training 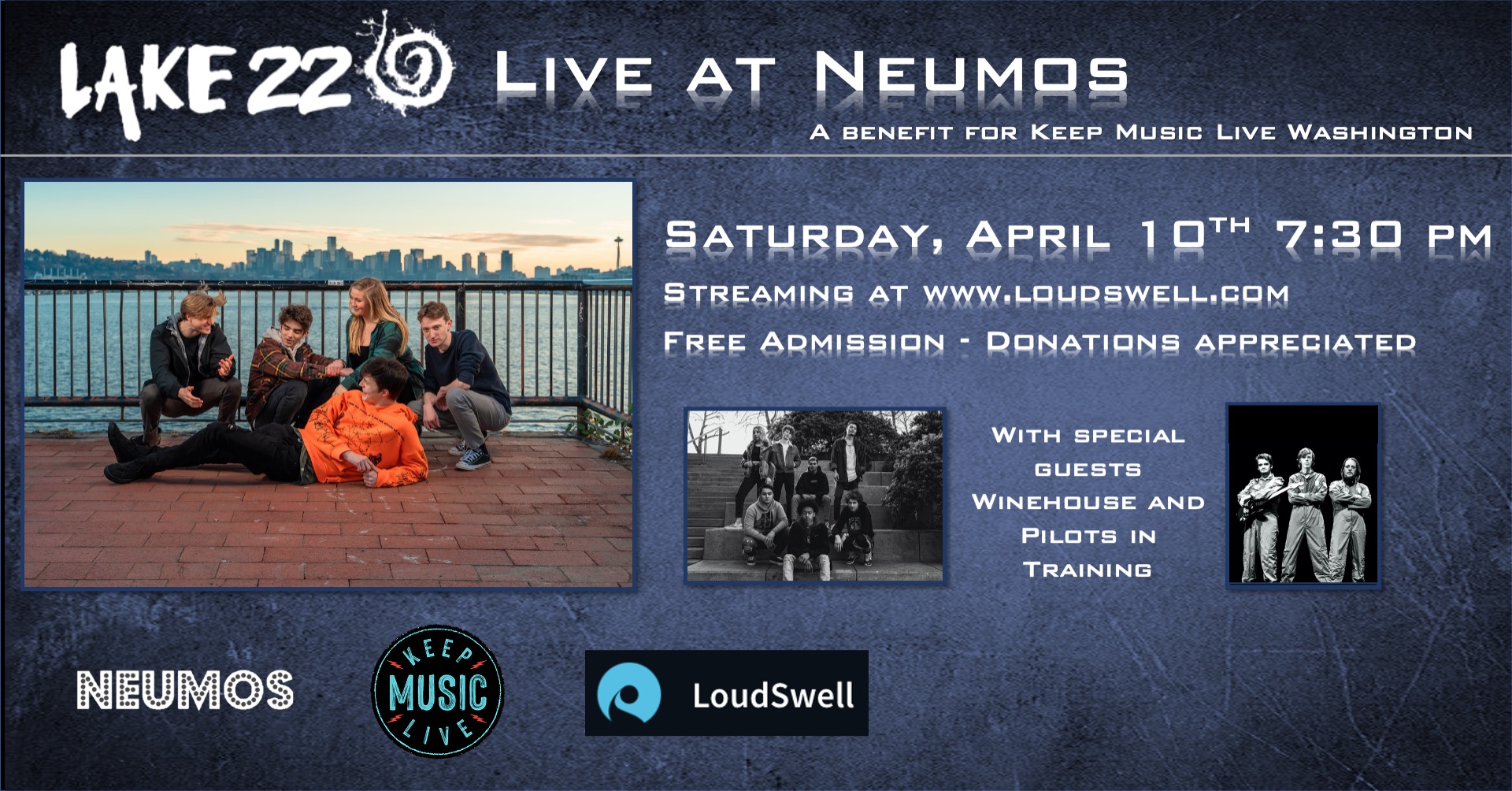 Lake 22 is the musical culmination of the best about growing up in the Pacific Northwest: The great beauty of nature around them, combined with the music that has defined Seattle as one of the premier cities for music innovation and influence. The band’s music is shaped by the grunge rock of the 80s and 90s, the Punk movement, and their parent’s record collections of classic rock, pop, and jazz. Lake 22’s music and live shows are simply a blast” filled with crazy energy, advanced musical chops, and a remarkable, well-honed ability to fully engage a crowd.

The Lake 22 show will feature songs from their first full-length album Thrilling Detail – which succinctly captures the dark and apocalyptic vibes of our times. Plus, Lake 22 will give the audience a sneak peak into their second album which was also produced by Jonathan Plum at the iconic London Bridge Studio, due for release later this spring.

Lake 22 believes it is important to give back to the music community. They have invited Winehouse and Pilots in Training, two very talented up and coming Northwest bands, to Rock the house at Neumos to raise money for Washington music venues through Keep Music Live Washington

Winehouse is a band from Olympia, WA that is emerging full-force in the alternative pop music scene, delivering their timeless sound to promote artistic exploration and inspire listeners to dive head-first into a new world of music. The band is known for delivering a captivating concert experience that bridges the gap between the stage and the audience.

LoudSwell.com is a musician-made streaming platform built for artists and fans. Our goal is to make it easy for performers to stream and earn a living, and for fans to watch and support the artists they love.
#Livestream #KeepMusicLive