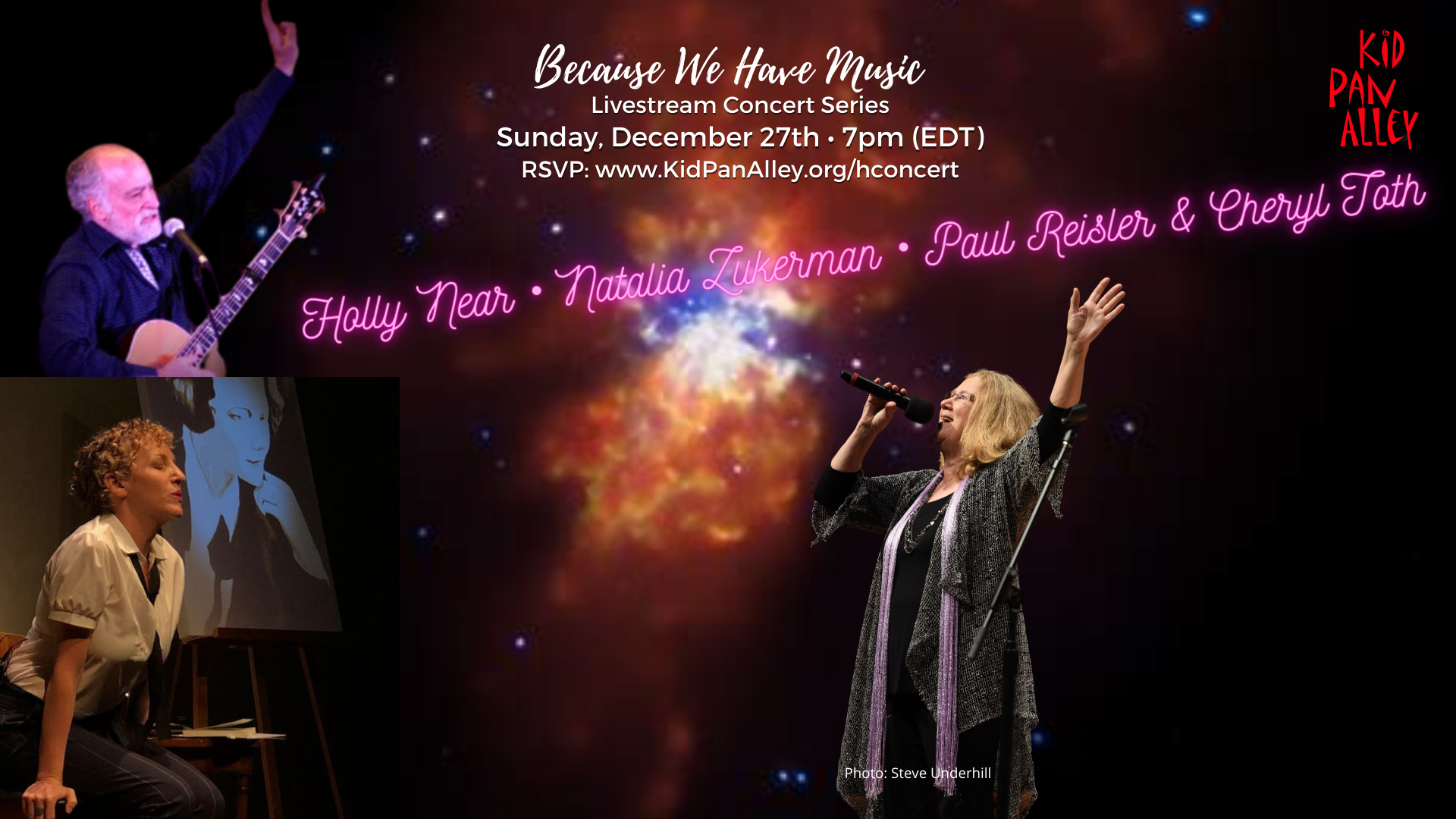 On Sunday, December 27th at 7pm, Kid Pan Alley’s “Because We Have Music” free livestream concert series on 2 women who have been powerful forces in the woman’s music movement over the years. It features the legendary Holly Near and Natalia Zukerman along with and hosts Paul Reisler and Cheryl Toth. Join the intimate Zoom living room to hear the songs and the stories and interact with the musicians by registering at http://www.KidPanAlley.org/hconcert or watch live on Facebook, YouTube and Twitter on the Kid Pan Alley page.

Often cited as one of the founders of the Women’s Music movement, Holly Near not only led the way for outspoken women in the music world, but also worked for peace and multicultural consciousness. Throughout her long career Holly has collaborated on recordings with Pete Seeger, Ronnie Gilbert, and Arlo Guthrie. Recently, PBS presented a film about Holly’s life and work on their American Masters series.

Natalia Zukerman is a painter, songwriter, performer and educator who grew up in one of the most renowned classical music families in the world with Pinchas and Eugenia Zukerman as parents. The Philadelphia Daily News said she was, “a wise mix of rootsy styles from torch blues to country swing. If you’re a fan of Madeleine Peyroux, Bonnie Raitt or even Amy Winehouse, you’ll find stuff to connect with here.”