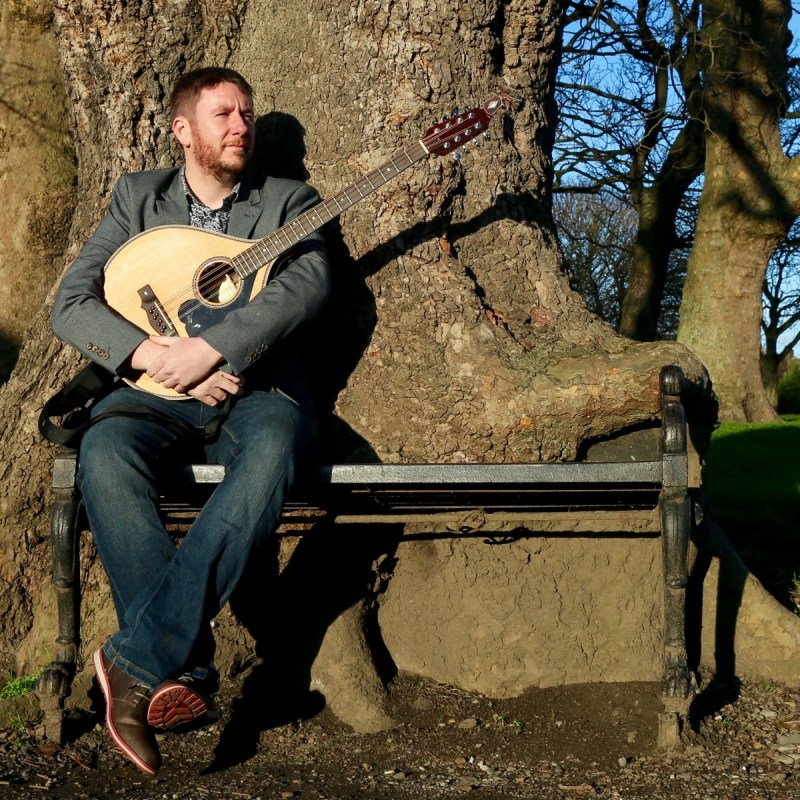 ‘It doesn’t get much better than that. The real deal. What a voice.’ Mark Radcliffe, BBC Radio 2 Folk Show

Dublin-born traditional singer and bouzouki player Daoirí (pronounced ‘Derry’) Farrell has been described by some of the biggest names in Irish folk music as one of most important singers to come out of Ireland in recent years.

Daoirí cut his teeth as a singer in Dublin’s famous Góilin Singers Club and at other sessions across the city, many of which he still visits regularly. Following his studies he quickly found work accompanying artists including Christy Moore, as well as a list of names that sounds like a who’s who of folk music: Dónal Lunny, Martin Hayes, Dennis Cahill, Alan Doherty, Danú, Dervish, Julie Fowlis, Arty McGlynn, The John Carty Big Band, Kíla, Sean Keane, Gerry O’Connor (Banjo), Gerry O’Connor (Fiddle), Lynched and more. In 2013 he won the All Ireland Champion Singeraward at the Fleadh in Co. Derry, and in 2015 won the prestigious Danny Kyle Award at Celtic Connections in Glasgow with the line-up FourWinds.

Daoirí finally stepped into the limelight launched his own solo live career at the 2016 Celtic Connections, and in February 2017 the BBC announced that Daoirí Farrell had received three BBC Radio 2 Folk Award 2017 nominations – more than any other artist that year. He was subsequently asked to perform at the awards ceremony on 5th April at The Royal Albert Hall – broadcast live on BBC Radio 2 with highlights on BBC4 TV and went on to win the Horizon Award for best newcomer and Best Traditional Track Award for Van Diemen’s Land from the album True Born Irishman.

As Lockdown hit Ireland in March 2020, Daoirí responded with one of the earliest live streams, performing from the ‘Covid Corner’ of his kitchen on St. Patrick’s Day. The response to the broadcast was overwhelming with more than 15,000 views and many, many requests to repeat the concert. What followed were twenty-five consecutive concerts, every Sunday night at 10pm, live streamed across the world and attracting audiences from Australia, the USA, Canada, Europe and more. His shows made the news around the world and as a result he was invited to co-host the BBC’s Folk Show with Mark Radcliffe and on 4th May 2020 he performed on BBC Radio 4’s Today programme.

We are delighted to welcome Daoirí to Live to your Living Room – all the way from his home in Dublin.