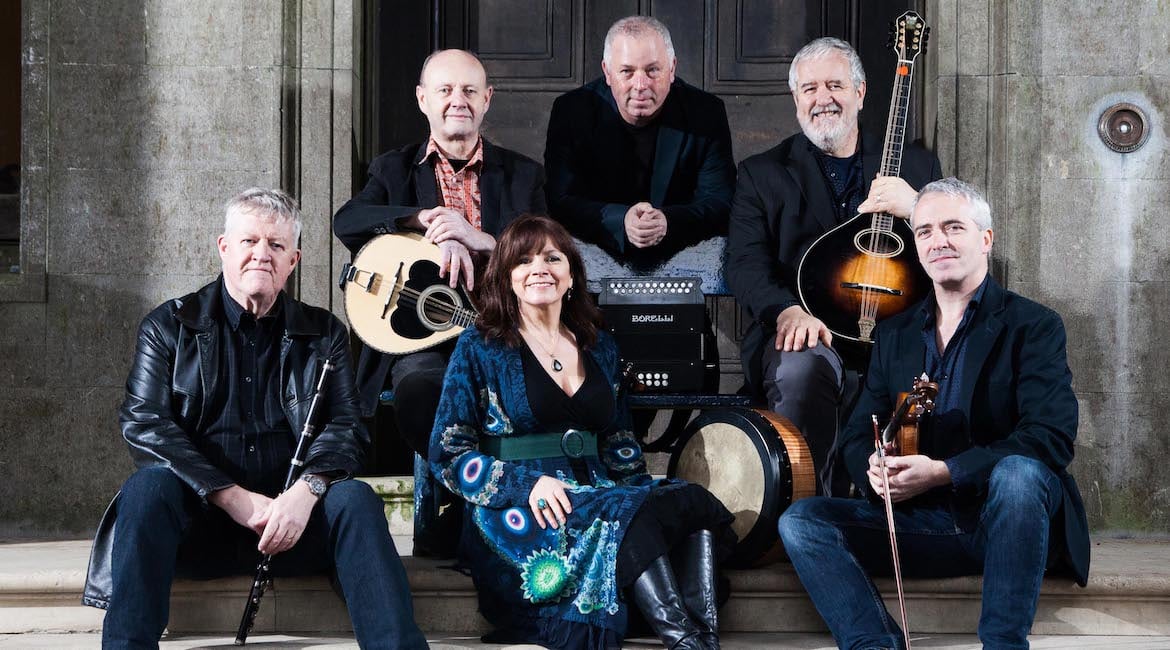 At the end of 2019 Dervish received a prestigious lifetime achievement award from the BBC, a fitting tribute to the band after over 30 years of recording and performing all over the world. Described by the BBC as “an icon of Irish music”, the band have played at festivals from Rio to Glastonbury. They accompanied the Irish President on state visits to Latvia and Lithuania and Prime Minister of Ireland on a trade mission to China as Cultural Ambassadors taking time out to play an impromptu session on the Great Wall of China. Dervish have a line-up which includes some of Ireland’s finest traditional musicians, fronted by one of the country’s best-known singers, Cathy Jordan.

Dervish were the first Irish band to play the world’s biggest music festival, Rock in Rio, performing to an estimated 250,000 people, and over the years they’ve been on the same bill as artists such as James Brown, Neil Young, Sting and even Iron Maiden! All six members of Dervish are steeped in the musical traditions of counties Sligo and Leitrim in north-west Ireland. It’s an area which matches Atlantic coastline with storied mountains and rural landscapes. It has inspired a host of musicians, artists and writers, including the Nobel Prize-winning poet W. B. Yeats.

Dervish marry technical brilliance with a rare sensibility, born of an understanding of the music and many years of playing together. The Irish Times said their “integrity makes the group a formidable heir to the throne abandoned by The Bothy Band, if not a serious contender for The Chieftains’ international space.” The News Journal (Delaware) described Dervish as: “The most compelling, most soulful Irish traditional folk band playing today.”

We’re absolutely delighted to welcome the Sligo-based members of Dervish to Live to your Living Room – sadly due to travel restrictions they will be performing as a four piece rather than their usual six, but regardless this is set to be a fantastic evening – miss out at your peril!