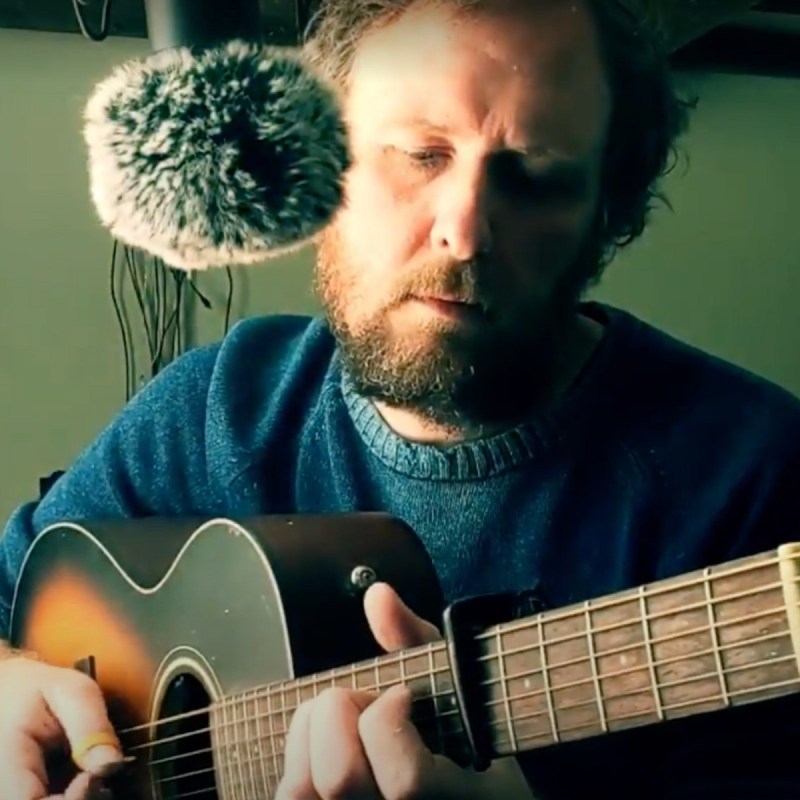 Jon Wilks plays acoustic fingerpicking guitar and focuses on traditional folk songs. His first album Songs from the Attic came out in 2017, followed by his album of Brummie folk songs in 2018 (Midlife). This was followed by an EP, The Trial of Bill Burn Under Martin’s Act in 2019. Jon is also a member of Slow Jane, with Katherine Priddy, Lukas Drinkwater and Jon Nice (also of The Grizzly Folk). In October 2020, Jon released Mary Ashford’s Tragedy / The Sausage Man as a single.

His new album, Up the Cut, is due on February 12th, 2021 and we’re delighted to be hosting Jon for a live show to celebrate! Folk Radio UK were the first to review it, saying, “Up The Cut is a beautiful album. Affecting, simple guitar, exquisitely accompanied by Wilks’ authentic, honest voice. A raw, but entirely seductive, performance. One for all lovers of traditional songs delivered with minimal frills.”

Jon has frequently appeared on BBC Radio 2 Folk Show, and is the presenter of The Old Songs Podcast – each episode a deep-dive into a specific traditional song. It can be found on Mixcloud.

‘Jon Wilks is a fine guitar player, a great singer and has amassed a considerable and unique collection of hitherto unknown material from around his hometown of Birmingham. I’m looking forward to sharing the stage with him immensely!’ – Martin Simpson

‘One of the best of the New Wave of Folk Blokes. As a guitar player and arranger of traditional songs, Jon Wilks already deserves speaking of in the same breath as your Simpsons and your Morays’ – fRoots