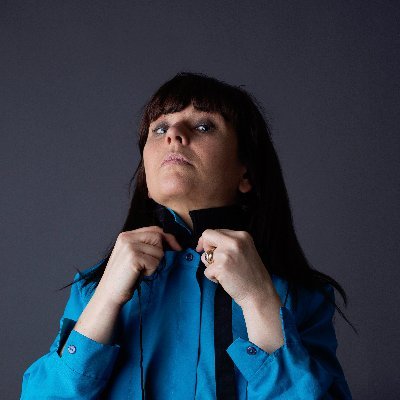 Back in 2003, tucked away in her garden shed, Polly Paulusma was putting the finishing touches to her self-produced debut, recorded on a home computer with one microphone and a budget the size of a postage stamp. Scissors In My Pocket, a work of aching acoustic tenderness, was the result, and it received immediate and widespread critical acclaim upon its international release on One Little Indian (now One Little Independent) in 2004.

Nic Harcourt, KCRW “the best album to come out of the UK this year”

Paulusma was catapulted around the world supporting Bob Dylan, Jamie Cullum, The Divine Comedy and Marianne Faithfull, and played Glastonbury, T in the Park, V Festival and Cambridge Folk Festival among many others, touring the USA and Italy. She signed to Sony/ATV in LA, and opened for Coldplay at their secret show at The Troubadour in West Hollywood. Paulusma made a sibling album for Scissors… called Cosmic Rosy Spine Kites (an anagram) — all the same songs, but different versions — which was released in 2005.

In 2007, after a series of miscarriages, Paulusma released a darker and more driving, deeply personal second album Fingers & Thumbs, produced by Ken Nelson (Coldplay, Gomez, Badly Drawn Boy, Kings of Convenience) and recorded in Liverpool’s Parr Street studios. She toured the UK extensively and made cult Youtube Guitar Shop videos along the way. Its acoustic sibling album Fights and Numbers came out in 2008.

In 2017 the label became a folk imprint at One Little Independent. Paulusma began teaching Cambridge English undergraduates in 2013; in 2015, she was awarded an EFDSS Artist Bursary followed by a full award for a PhD, from which her eighth album, Invisible Music — folk songs that influenced Angela Carter stems. Slated for release in April 2021, this album presents in sound Paulusma’s theories about the complex inter-relationships between music and literature.

This is set to be a fascinating and moving evening, so don’t miss out!