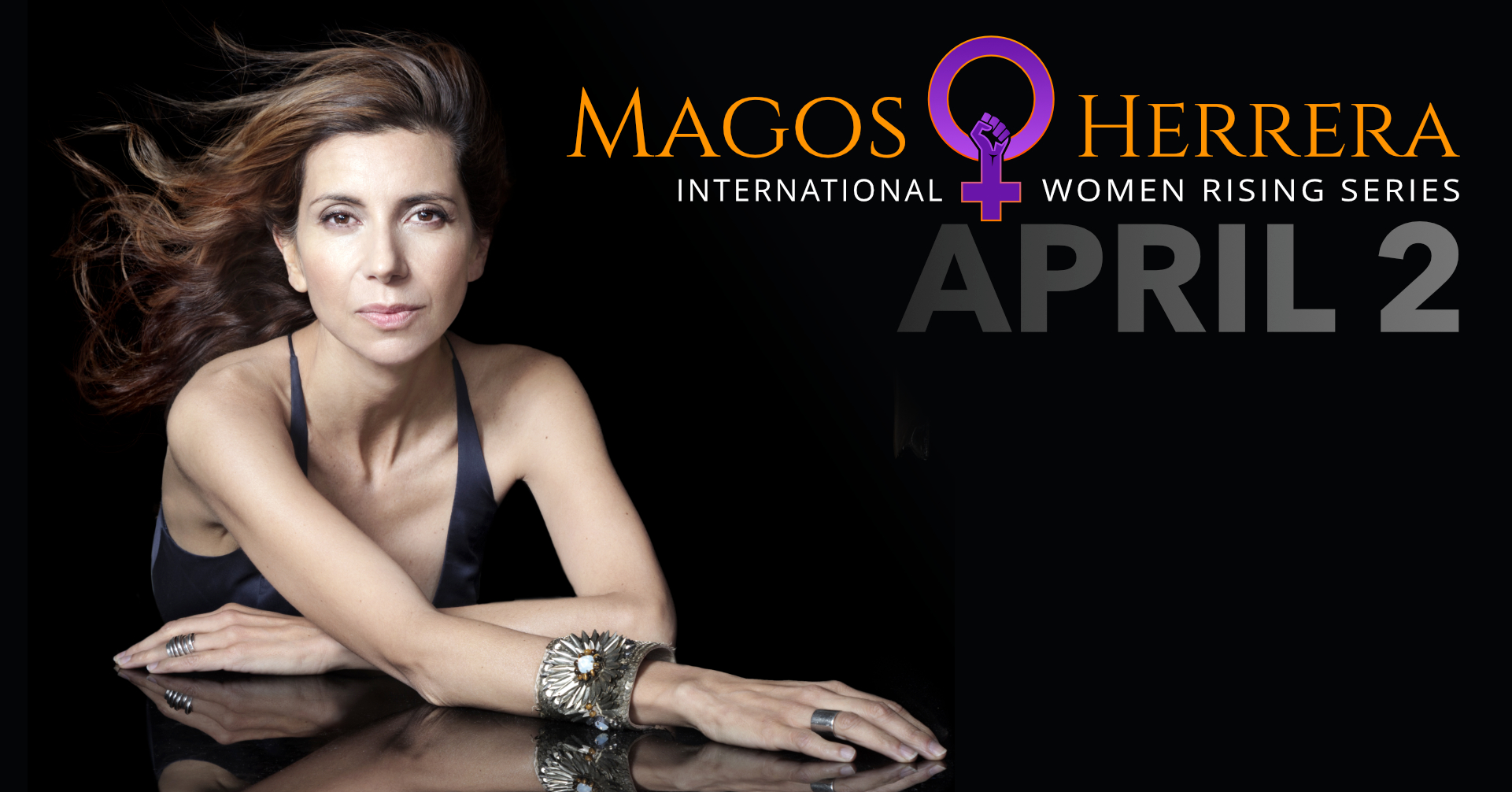 Born in Mexico City and currently based out of New York, Magos is best known for her eloquent vocal improvisation and her singular bold style, which embraces elements of contemporary jazz with Ibero-American melodies and rhythms singing in Spanish, English, and Portuguese. Regarded as one of the most active vocalists in the Latin American jazz scene, she is also a United Nation’s spokesperson for UN Women UNITE, a program promoting the elimination of violence against women, and the UN’s “He For She” campaigns to promote gender equality. Magos will be joined by an all-star ensemble with Luis Perdomo on piano, Sam Minaie on bass, and Alex Kautz on drums.