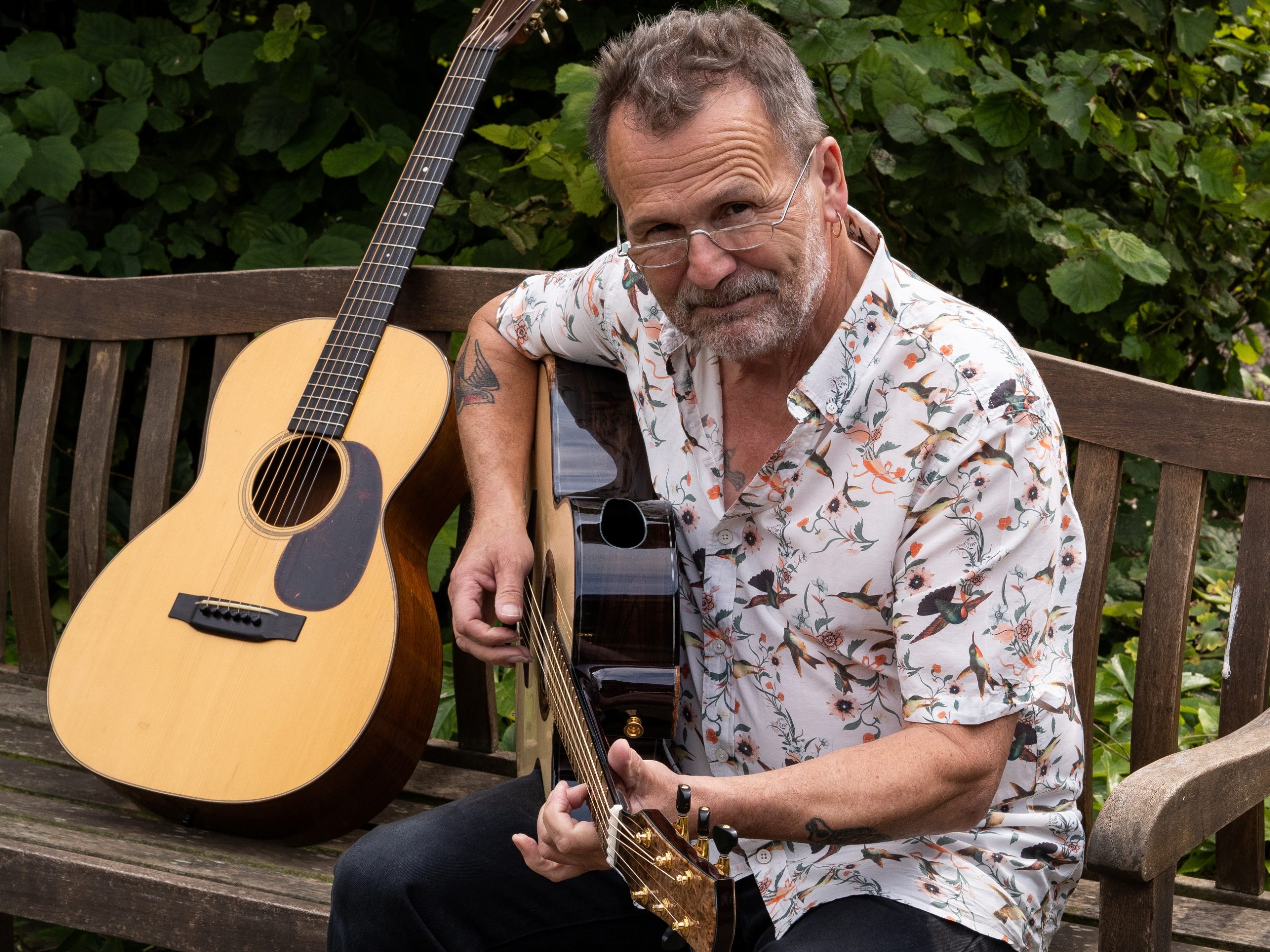 40 years after he recorded his first album, Golden Vanity, in 1976, Martin Simpson is known as a guitarist of formidable talent. Equally at home playing English traditional folk, American folk and blues and his own compositions, he is consistently named as one of the very finest fingerstyle guitar players in the world.

The remarkable intimate solo performances Martin gives go from strength to strength – every gig is a masterclass. He travels the length and breadth of the UK and beyond, giving rapt audiences passion, sorrow, love, beauty, tragedy and majesty through his playing. He has had the most nominations of any performer in the 18 years of the BBC Radio 2 Folk Awards, an astonishing 32 times, 13 of those as Musician of the Year, winning that particular accolade twice.

Martin’s most recent album was released in November last year to the usual critical acclaim. Home Recordings was recorded at his home by his regular producer, now neighbour, Andy Bell, and finds Martin singing and playing, literally amongst his beloved guitar and banjo collection and out on his Peak District-facing porch.

A virtuoso player without question, but above all Martin Simpson conveys his diverse treasure trove of material from the heart, performing with rare subtlety, intensity and honesty. A true master of his art.