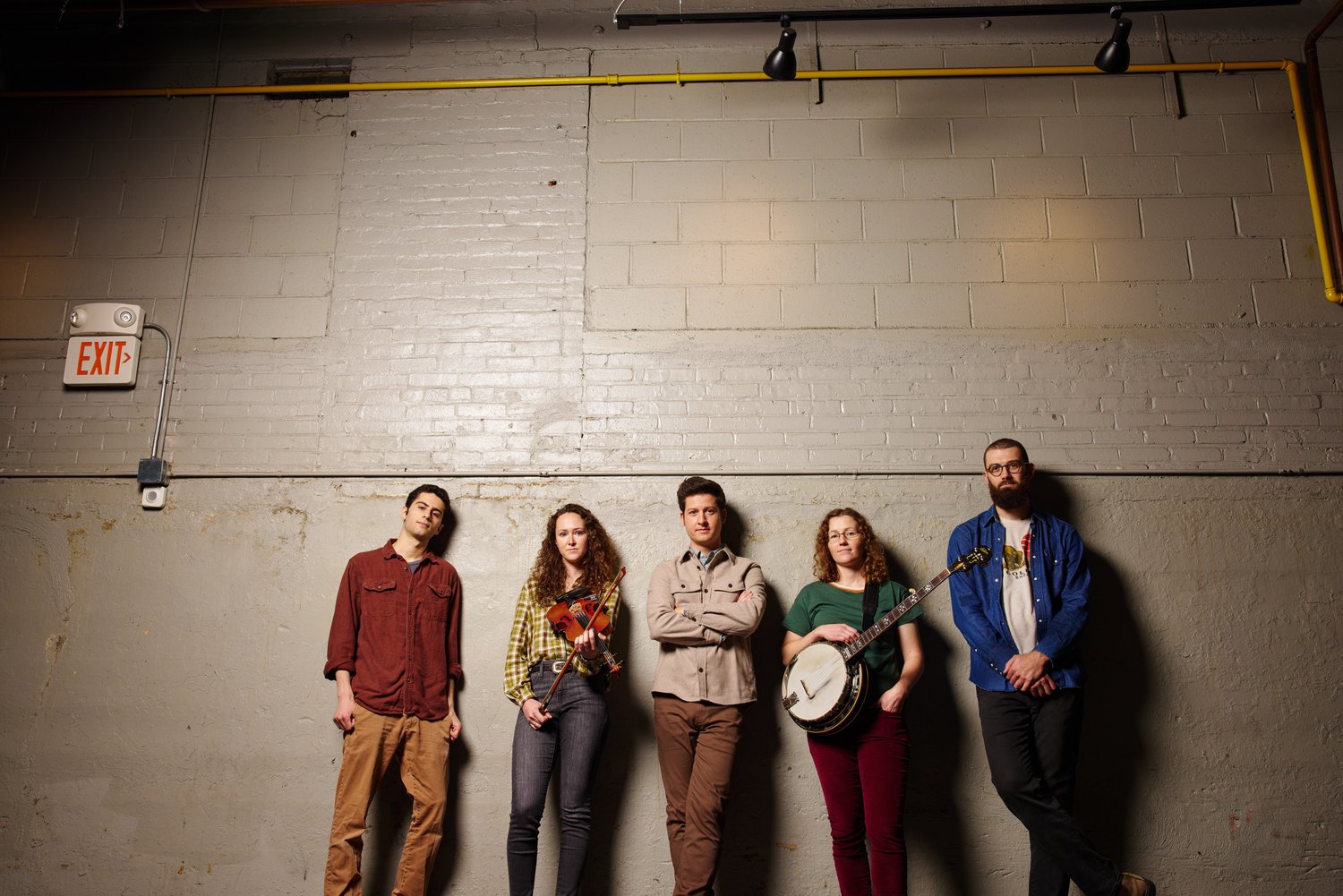 Mile Twelve is a modern string band from Boston, Massachusetts. Winners of the 2020 IBMA New Artist of the Year award, they have been making waves in the acoustic music community with their seamless blend of expertly-crafted songs, creative arrangements, and virtuosic execution. The band takes their name from the mile marker that sits at Boston’s southern border on Route 93, a road sign they’ve passed countless times while heading out on tour. They’ve found receptive audiences across the globe, touring throughout North America, Europe, Australia, New Zealand and Japan.

Their latest full-length album City on a Hill, produced by guitar legend Bryan Sutton and nominated for 2019 IBMA Album of the Year, is centered on the theme of people facing and overcoming challenge. Many of its songs are set in urban landscapes, a significant departure from the often-rural lens of acoustic music. Sutton observes, “I’m a fan of bands who strive for a balance of being musically unique and individualized, while at the same time working to include time-honored traditions found in this music. This blend is not an easy thing to accomplish. Mile Twelve does this with well-honed and refreshingly honest songwriting, along with powerful playing, singing, and performing. Not only did I have the privilege of producing this album, but I also got a chance to know the band better. I’m impressed with how much they bring out the best in each other.”

More recently, the band has released an EP of covers titled Roll the Tapes All Night Long. They draw from a wide array of influences — from Ralph Stanley to Los Lobos, from Darell Scott to Tattletale Saints — demonstrating the surprisingly flexible nature of their instrumentation at every turn. The project features a who’s-who list of special guests: Billy Strings, Chris Eldridge (Punch Brothers), Brittany Haas (Hawktail) and Bruce Molsky. Folk Alley says “Roll the Tapes All Night Long showcases Mile Twelve’s restless creativity, their ability to inhabit a song and turn it inside out to make it their own, even as they preserve the spirit of the original.”

After a busy summer of touring including stops at RockyGrass, IBMA Bluegrass Live! and Milwaukee Irish Fest, the band is gearing up to record its next full-length project in early 2022.