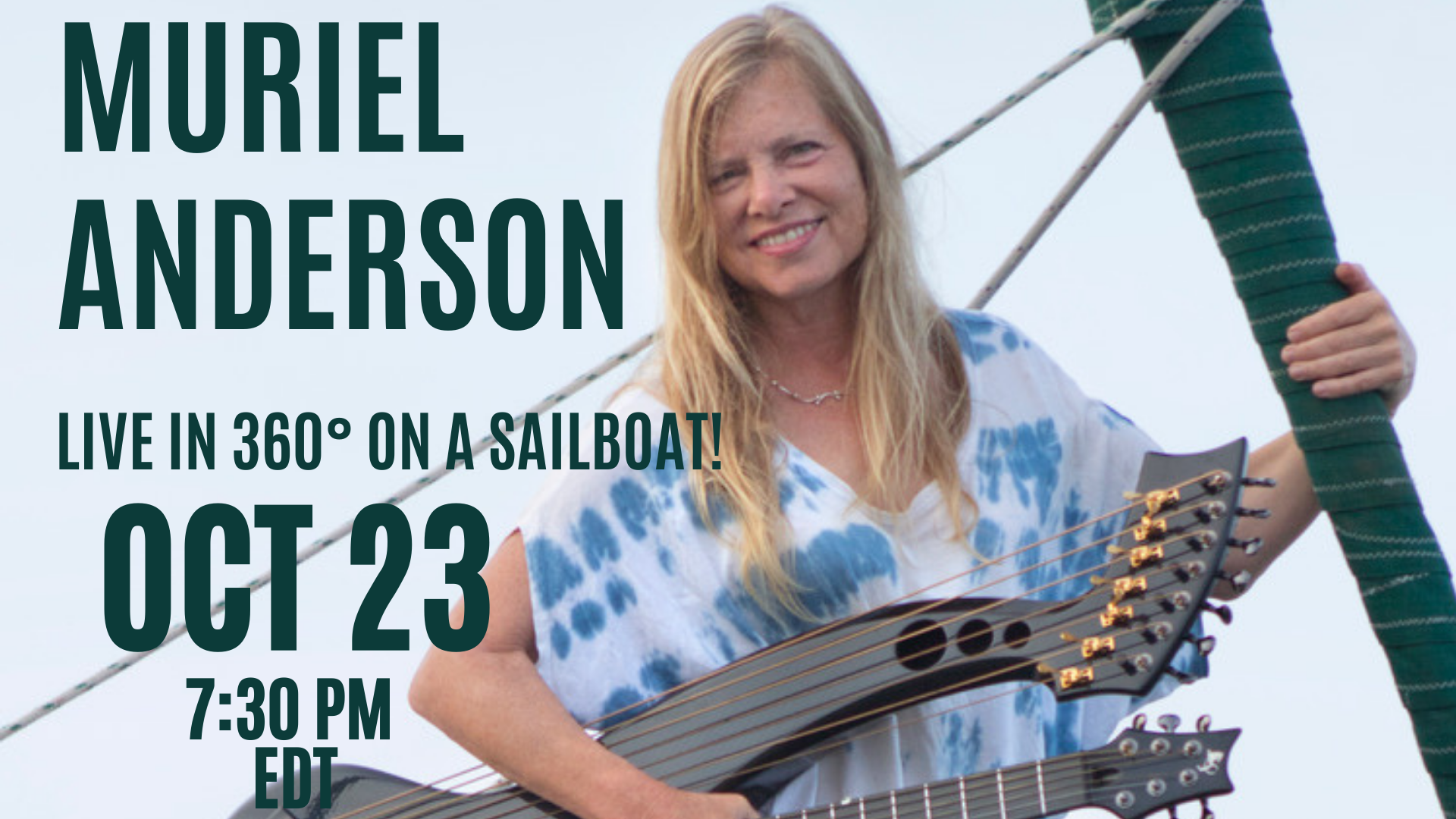 IMMERSIVE 360° VR EXPERIENCE
River Spirit Music presents this special virtual concert in association with Musae using our 360°/VR platform to make the show an unforgettable experience. The concert will be livestreamed from Muriel’s sailboat moored on Long Island Sound.

First 360° concert on a sailboat!
Muriel Anderson is a guitarist, harp guitarist, and composer who embraces music from all over the world. Her playing reflects a sense of grace and joy, interspersed with humor. This program includes new tunes performed on the very vintage sailboat on which the music was written.
Muriel is the first woman to have won the National Fingerstyle Guitar Championship. Her CD, Nightlight Daylight, was chosen as one of the top 10 CDs of the decade by Guitar Player Magazine, and her “Heartstrings” recording accompanied the astronauts on the space shuttle Discovery. She has performed/recorded with Chet Atkins, Les Paul, the Nashville Chamber Orchestra, and many other notable musicians.
Her current release “Acoustic Chef” is a CD of music from around the world with a cookbook of recipes and stories to go with each tune. Her new TrueFire channel brings her in-demand teaching to a wider audience. Muriel is host of the renowned Muriel Anderson’s ALL STAR GUITAR NIGHT® and founder of the MUSIC FOR LIFE ALLIANCE charity. Her current projects and upcoming live-streams can be found at murielanderson.com/now .

Muriel Anderson is a good friend and a great guitarist. She deserves national recognition. – Chet Atkins

Just one hell of a great player …a great personality and what I like is the touch that Muriel has on the guitar, the way she plays it like we all wish to play. – Les Paul