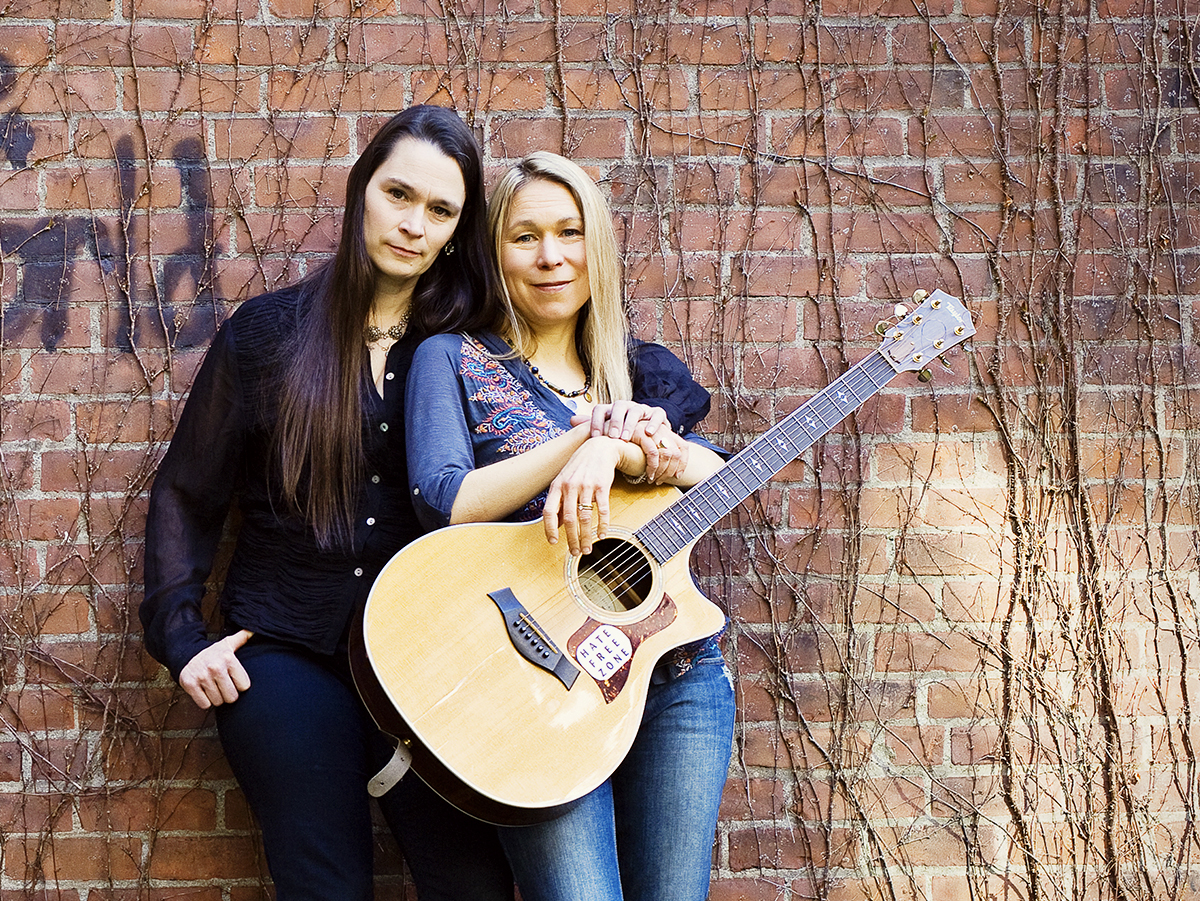 XVII, the Nields’ seventeenth album, is both their most personal and their most community-minded.
Well into their third decade as a musical partners and—judging by this sublime album––at the very top of their game, the Nields turn to meditations on time, and turning points, their roots and community – both musical and personal – but they also express joy in the present, faith in the future, and a whole lot of hope and promise. The Nields’ albums are often an eclectic mix of ideas and music styles, but clear themes emerge. Love and China (2002) was about the fragility of love and relationships. The Full Catastrophe (2012) explored the messy experience of raising a family. XVII has the Nields looking out from midlife, focusing on themes of time, love and community.The primary inspiration behind XVII was Nerissa and Katryna’s hero, Pete Seeger, who died in January of 2014. His love of sharing music and his passion for justice had been a part of their lives since before they were born (their parents fell in love at a Pete Seeger concert). His death affected them profoundly. Pete is clearly on the album in songs like “Joe Hill” and “Wasn’t That a Time,” but the entire album is infused with his spirit. It’s there in the Nields’ delight in sharing music and in using it to build a community. And it’s there in the title XVII: when compared to a career and life like that of Pete Seeger, they’re not even out of their teens.